An international agreement to award refugee status to those fleeing the effects of climate change should be established, according to a report from the UK-based Environmental Justice Foundation (EJF).

Using Bangladesh as a case study, ‘A Nation Under Threat’ estimates that rural areas experience food security impacts and high unemployment as much as 18 months after a natural disaster, amplifying existing social, environmental and economic stresses.

It comes just days after an agreement at UN talks in Doha to establish a ‘loss and damage’ mechanism designed to compensate poor countries for the effects of climate change.

The Environmental Justice Foundation (EJF) calls on governments to provide more assistance to those displaced, if necessary welcoming them into their own countries. 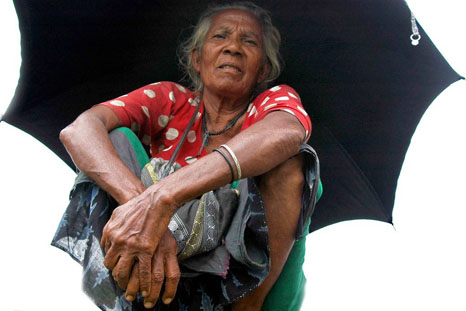 The EJF is calling for an international framework to recognise those displaced by climate change. (Flickr/M R Hasan)

Increased droughts are leading to desertification and reduced freshwater supplies. These dwindling stocks are also being infiltrated by saltwater due to a higher frequency of flood events.

The result of all these factors is increased forced migration from rural areas. The country’s capital Dhaka has witnessed a 966% increase in population since 1970.

The study also calls for more robust efforts to reduce greenhouse gas emissions. It also says more financial and technological support is required to help developing nations defend themselves from the effects of climate change.