Ahead of the UN climate summit, in Doha, researchers have warned that mitigating the impacts of agriculture on the atmosphere and adapting to the effects of climate change on food systems will be equally crucial to feed a growing population.

Feeding the world produces up to 17,000 megatonnes of carbon dioxide annually, according to new analysis from the CGIAR Research Programme on Climate Change, Agriculture and Food Security (CCAFS).

This accounts for 19-29% of global emissions, around 80% of which comes from agriculture, with the rest from pre-production and post-production activities such as processing, packaging, refrigeration, transportation and waste disposal.

CGIAR stresses that there are still many uncertainties regarding the impacts of the food system on climate change. 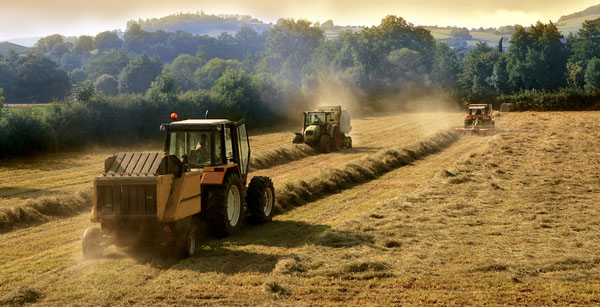 New research warns climate change could impact the relationship we have with food in the future, as what can be grown where changes.

“This research serves as an urgent call for negotiators at the upcoming UNFCCC [summit] in Doha.”

Last year, the world population hit seven billion and is expected to rise to nine billion by 2050.

One billion people continue to go hungry globally, while another two billion suffer from ‘hidden hunger’ where they do not get the nutrients they need for a healthy diet.

By 2050, according to the research, climate change could cause irrigated wheat yields in developing countries to fall by 13% and irrigated rice production in the same countries could fall 15%.

In Africa maize yields could fall 10-20% as they become unsuited to rising temperatures.

Biofuels: who wins in the fuel v food debate?

The availability of fish will also be impacted because of rising temperature levels and ocean acidification.

While there are some crops – cassava, yams, barley, cow-pea  millet and lentils – that could fill in the gaps, this would mean the time consuming and costly process of breeding new plant varieties, says CGIAR.

It says that the culture of food consumption will have to adapt as different crops are used to compensate for new growing conditions.

“So far, the climate change discussion has focused on the need to reduce emissions and sustainably boost crop yields, but it is crucial also to include food safety in our foresight and planning,” said Sonja Vermeulen, head of research at CCAFS.

CGIAR suggests several steps to securing the food system in a world of advancing climate change:

– Raise global investment in sustainable agriculture over the next decade.

– Develop specific programmes to aid populations and sectors most vulnerable to climate change and food security.