The price of climate change: How to temper volatile food prices

The US Department of Agriculture has warned that food prices in 2013 could increase at nearly twice the rate of inflation due the severity of the drought currently gripping 31 of the country’s states.

Price rises are also expected globally next year, as other big exporters hold onto their own supplies, further decreasing availability in the market. Among the worst affected are the most vulnerable countries that are heavily reliant on imports.

The global ‘futures’ market means that crops are often sold before they are even picked – affecting prices for years to come. For instance, in 2010 a Russian drought sent prices of wheat and barley soaring the following year. 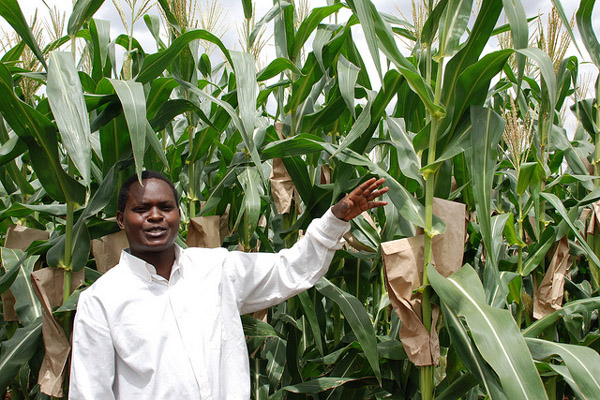 This hybrid corn crop in Kenya has been bred to resist drought. (Source: Flickr/CIMMYT)

The weather affecting crops is nothing new – a famous example is the series of droughts in the 1930s that left parts of America and Canada resembling a ‘dust bowl’.

But these severe types of weather event are predicted to occur with increasing frequency, if last year’s Intergovernmental Panel on Climate Change report on the ‘Risks of Extreme Events’ is to be believed. And given the way the world economy is interconnected – an impact on one continent will reverberate around the globe for years to come.

Some, including the US Department of Defense, the Maplecroft consultancy and IISS researcher Jeffrey Mazo have even suggested that climate-induced food shortages played a role in the Arab Spring.

Cash crops like coffee and cocoa, which are grown across relatively small areas can be severely affected. Starbucks has sought to protect its own supply by helping its growers “climate proof” their crops.

The challenges facing farmers have been described as the “perfect storm”, so what are the big issues and what can be done to limit the reverberations?

Many of the tools and technologies required to reduce the impact of erratic weather are available now. A great many more are under development or waiting for the right policies to catalyse them. 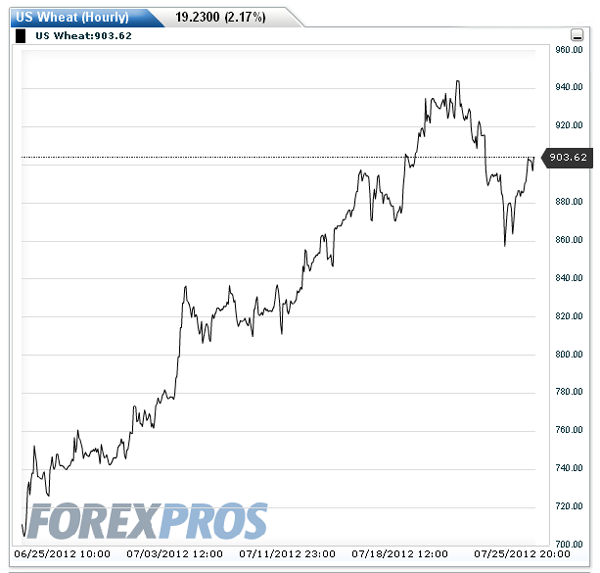 “The current world population of 7 billion is projected to reach 9.3 billion by 2050,” explains Dr Darren Hughes, head of communications at Rothamsted Research, an agricultural research centre in the UK.

“Coupled with other factors, particularly people moving from rural livelihoods to cities, rising global temperatures and extreme weather events becoming more frequent, an enormous stress will be placed on our natural resources and therefore our ability to provide adequate nutritious food and to safeguard our environment through clean air, soil and water.”

Population is clearly a huge challenge facing food security, but there is an argument that the fault lies not with the earth’s future inhabitants, instead the problem is with how we, the current population, produce inefficiently and consume so wastefully.

A report by its Commission on Sustainable Agriculture and Climate Change in March 2012 makes a painful read. A stand-out stat is that while in 2008 1.5 billion adults were overweight, in 2010, 925 million people were undernourished.

Here’s another one: the UK wastes 22% of its food (the global average is estimated at 33% by the FAO).

VIDEO: Commission on Sustainable Agriculture and Climate Change – How to feed the world in 2050

Diet changes and cuts in waste at home, at the farm and along the supply chain can make a huge difference.

One of the major contributors to the strain on agricultural supplies is the growing volume of meat consumed. According to Cornell University, the grain used to feed livestock in the US could feed 800 million.

Some campaign groups – notably the US Department of Agriculture – have called for a “Meatless Monday” as a way for the west to cut its protein input.

Cutting meat intake in emerging economies could be even more crucial however as China’s total annual meat consumption is now double that of the US, although the latter is still way out in front in the per capita stakes.

Making the supply chain smarter and enabling farmers to make better decisions could have a big impact too. Improving storage throughout the chain, cutting superficial quality control standards and upgrading processing facilities in developing countries could cut masses of waste before the food hits the shelf.

It’s not just waste we should be concerned about – poor land management also contributes to the problem. Writing for RTCC, the Executive Secretary of the UN Convention to Combat Desertification, Luc Gnacadja, said that every year land degradation removes an area of agricultural land capable of growing 20 billion tons of grain.

Desertification is not an unstoppable process. Land can and has been restored to agricultural standards.

The Great Green Wall project in Africa will see a 4300 mile long and 9 mile wide line of trees planted to cut soil erosion by the wind, reduce dust storms and create rural economies. South Korea is undergoing a huge project in Mongolia to limit the effect of wind-blown dust from its degraded lands.

Off the menu: The climate change food crises

Information for all farmers, no matter how small, is a key weapon.

“In the short term we are looking at how better climate information can help farmers plan for the upcoming season,” says Vanessa Meadu, communications manager at CGIAR. “Information could be delivered by mobile phone, community radio or through local information centres.”

Gallup suggests 57% of adults in sub-Saharan Africa has a mobile phone providing a widescale platform for data to help farmers adapt. In many cases, longer term adaption is needed, and this requires finance.

A number of development banks including the European Investment Bank, NGOs and even enterprising entrepreneurs are helping support small scale agriculture. Micro insurance schemes can ensure that if a farmer suffers a bad harvest, it needn’t be their last.

Technology also has a role to play but implementation is again tied to policy.

“Crops can be adapted to future conditions through breeding,” says Meadu. “Researchers are working on identifying important genetic traits, including drought tolerance and pest resistance, which will be critical for helping farmers adapt to new growing conditions. However, much more investment and policy support is needed for this kind of research.”

Hughes agrees adding that the nature of the problem requires policy from health, environment, agriculture, food and energy departments. These decisions however, must be well informed.

“There is increasing concern within the science and farming community that policy decisions, notably in the EU, are based on pure politics and not sound science,” says Hughes.

We really want to keep burning corn in our gas tanks, even as drought withers supply? fredericksburg.com/News/FLS/2012/…

Biofuels policies have also been handled poorly in many countries with food unnecessarily displaced in the pursuit of alternative fuels.

“Right now, the US is suffering from extreme drought, making corn crop yields uncertain. The diversion of land that could be used to grow corn for food versus corn for fuel plays a more important role when certain areas of the US are having difficulty harvesting due to the drought,” ActionAid USA told RTCC in a written statement.

Population is clearly the greatest challenge facing food security, but the fault is not with the future inhabitants that could number nine billion by 2050, the problem is with how we, the current population, produce inefficiently and consume so wastefully.

The UK Government’s Chief Scientific Adviser has said: “The challenge for global agriculture is to grow more food on not much more land, using less water, fertiliser and pesticides than we have historically done.”

The challenges are clearly numerous, but so are the available solutions. Doing nothing is not one of them.

What do you think? What are the biggest threats to food security and what should we be doing (if anything) about trying to deal with it? Is it high enough up the political agenda? Tweet us via @RTCCnewswire or email the author.