It has been described as the perfect storm for food production; dwindling water resources, unpredictable weather patterns and more mouths to feed.

The green movement has in the past pointed the finger at the agricultural community for its impact on forest clearances, fertiliser use and, in the developed world, a large carbon footprint from machinery and transport.

Farmers in the global north and south alike are facing similar challenges. Radical change is needed to mitigate and adapt to climate change whilst maintaining a high output, and the solutions to these problems are under scrutiny. 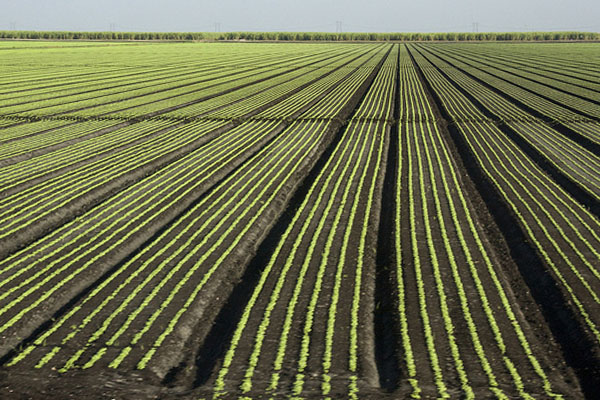 The debate over how to feed the world's growing population without intensifying environmental damage is highly complex. (Source: Flickr/UGA College of Ag)

So what can farmers do to boost production while remaining environmentally sustainable?

The technology route is one way out.

The agricultural machinery manufacturer New Holland believes one form of farming that its kit makes possible, could have a big impact.

No-till farming basically means you don’t plough your fields and you don’t remove the scraps from the last harvest.

Not disturbing the soil keeps more CO2 locked in and the nutrients from the rotting previous crop reduces the need for fertilisers.

For every hectare of land operated this way in Brazil, a tonne of CO2 is saved every year.

“Many people think farmers are only bad for the environment but that is not true. Farmers today have accepted and realise that being environmentally sustainable is not a choice for them. Technology can help and there is huge potential for no-till but farmers need to be helped along,” Bernhard Kiep, VP New Holland Latin America told RTCC.

“Better education can show that farmers can have an economic return from switching to no till.

“No rational human being wants to destroy the environment. You must either be an idiot or a lunatic. If you explain to farmers that this technology will improve their land and their soil but that they need to be patient and invest in the long term, then they are switching.”

No-till does require special equipment, sold by New Holland amongst others, that allows farmers to work with the land and plant seeds in unploughed fields. 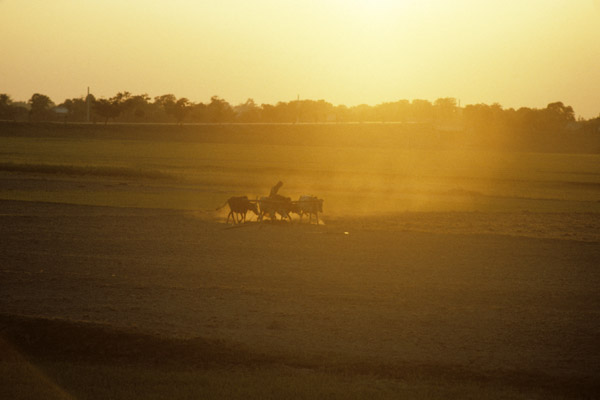 Dust rises in a field in Bangladesh as a farmer ploughs his field. (Source: UN/John Isaac)

Kiep says that the equipment is economical on medium and small sized farms – not just large industrialised ones – and that it can raise peasant farmers to economically successful farmers, a goal China’s government is targeting.

Encouraging farmers, which Kiep describes as traditionally “conservative” to invest requires tangible case studies to be communicated to them as well as the educational and institutional support necessary for the shift. Kiep is confident they will ultimately make the right decisions.

“Farmers are rational, they need to protect their soils, it’s the most important asset they have,” he said.

Is organic the answer?

Another high profile methodology that is widely touted is organic farming.

“Organic farming reduces pollution and greenhouse gases released from food production by restricting the use of artificial chemical fertilisers and pesticides,” said Clio Turton, spokesperson for the Soil Association, a charity that campaigns for sustainable food and land use as well as certifying organic produce in the UK.

“Our research has also found that if all UK farmland was converted to organic farming, at least 3.2 million tonnes of carbon would be taken up by the soil each year – the equivalent of taking nearly one million cars off the road,” added Turton.

The main criticism levelled at organic agriculture is that it leads to lower yields and puts crops at risk of disease. So would this change clear cars off our roads and food off our plates?

Turton points out that while there are 1 billion under nourished people globally, there are also 1 billion overweight, suggesting that the issue is as much about distribution as production. 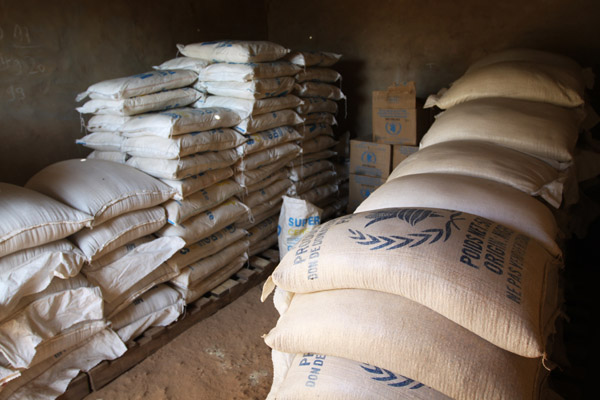 So how is the agricultural world responding?

“There are lots of signs that farmers globally are becoming more concerned with sustainable practices, whether in the uptake of approaches like integrated pest management and min-till, or indeed the rapid growth of organic farming worldwide,” says Turton.

Encouraging this continued sustainable trend is tricky however as not all that glitters is green.

“The challenge for us all, and particularly for policy makers and the food sector, is to provide a regulatory and market environment that channels that interest in the most effective direction. Biofuels is a case in point, where green sounding policies used farmers’ business nous and goodwill to support a massive own goal for climate change and food security.”

“Poor farmers will not get on board with greenhouse gas cuts unless there are major incentives for them,” says Vanessa Meadu, spokesperson for CGIAR’s Climate Change, Agriculture and Food Security programme.

“These incentives can include payments from the carbon market but they must also help enhance day-to-day life. For example, planting trees on farms can help reduce carbon emissions but for a poor farmer, trees are most valuable because they provide fruit, fodder, timber, shade and additional, diversified income,” she explains.

“They are adjusting their farming activities to climate changes, but not necessarily fast enough or in the most effective way,” says Meadu. “Farmers have been adjusting to changing conditions for thousands of years but the shifts brought by climatic changes are unprecedented and they may not have the tools to adjust nor any way to know what kind of changes are coming up.”

Farmers clearly have many options and lots of hard decisions to make as the conditions under which they operate become increasingly unpredictable and turbulent.

Helping them make the right decisions is a huge responsibility for governments, civil society and the research community and one that will impact us all.