Climate change, desertification and migration, while all separate issues in their own right, they are also increasingly entwined.

While climate change and desertification can often go hand in hand, each one able to exacerbate the other, the role these two factors play in migration is starting to gain increasing prominence in research circles.

“We speak also on how migration has a climate change impact so we cover the full circle.” 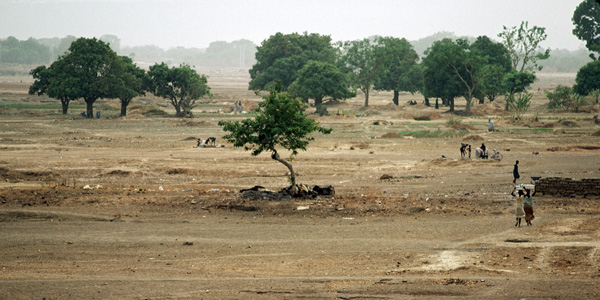 The Sahel region in Africa has been severely hit by drought and desertification. Here people walk across the dried-up riverbed outside Ougadougou. The river carries water only during the rainy season (© UN Photo/Kay Muldoon)

Often referred to as ‘climate change refugees’ – although IOM steer away from this term and instead talk of ‘environmental migrants’ – once unheard of they are quickly becoming a phenomenon people are all to familiar with.

Just last month the Asian Development Bank warned that there could have been as many as 42 million environmental migrants over the last two years in Asia – as a result of extreme weather events.

And current estimates predict that by the middle of the century the world could see anywhere between 25 million and 1 billion climate related migrants. 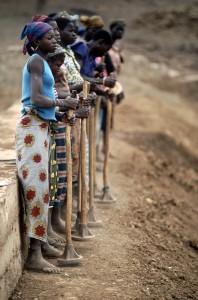 The IOM defines environmental migrants as “persons or groups of persons who, for compelling reason of sudden or progressive change in the environment that adversely affects their lives or living conditions, are obliged to leave their habitual homes, or choose to do so, either temporarily or permanently, and who move either within their country or abroad”.

But it is very rare climate change will be the only reason a person or groups of persons will leave their home. Climate change is seen as the threat multiplier.

Where a region is under social pressures, is experiencing conflict or political upheaval, or where increasing pressure is being put on infrastructure or resources, climate change – in the form of longer term shifts (i.e. higher temperatures and drought) or shorter changes (i.e. extreme weather events) – can be the final push for many communities.

“Yes climate change is impacting people’s mobility but it is one factor and migration is what we call a multi-factorial phenomenon,” says Ionesco.

Desertification induced migration in the Sahel

The region is home to around 309 million people and the population is growing on an average of 3% per year.

Plagued with conflict, political turmoil and social crises, the Sahel’s natural resources – on which around 80% of the population rely – are under increasing pressure.

Around 70% of the region’s population lives in rural areas and relies on farming – particularly subsistence farming – for their livelihoods and agriculture accounts for a significant share of the countries’ GDP, food needs, employment and export revenue.

And when it comes to climate change, the Sahel is on the front line. The Intergovernmental Panel on Climate Change has predicted the region will be most vulnerable to future climate fluctuations and many effects are already being felt. 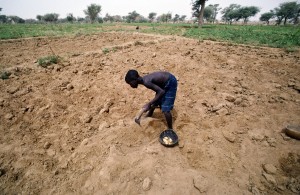 Since 1970 countries in the region have experienced huge variations in expected rainfall, with some regions, for example in areas of Burkina Faso, having seen around 50 mm less rainfall on average and others, in Nigeria for example, have seen an increase of around 250 mm on average.

With many areas in the Sahel experiencing as high as a 2°C average rise in temperatures, in the same period, the Sahel has also become prone to drought and desertification.

Since 1950 – when people settled in the Sahel region – a concentration of populations around water supplies has lead to overgrazing.

As topsoil was eroded and washed away and crops destroyed by overgrazing, deserts in the region began to expand – with records showing a shift of sand 60 miles south into the area.

Ticking all of the potential boxes for migration causes, the Sahel has gained growing prominence amongst researchers not only in climate change but in migration.

“We have identified hotspots in the Sahel where we have a complexity of issues together. It is land degradation but it is also problems of conflict security,” says Ionesco.

“What is difficult to determine is how much it is climate change alone that has impacted environmental degradation, how much is the use we have made of the land and how much is planning, or the lack of, behind it.

“It is extremely difficult to identify climate change alone.”

In a recent report, produced with the UN Environment Programme the IOM has tried to answer this question, and while Ionesco believes it remains a complex issue, climate change and desertification are having increasing roles in the region’s migration.

AUDIO: Dina Ionesco, Policy Officer at the International Organisation for Migration (IOM) talks to RTCC’s Ed King about the links between climate change and migration and the trends they found in the Sahel…

Understanding the role climate change is playing in migration, and the relationship this has with other factors is helping organisations such as the IOM give communities a choice about leaving their homes.

Ionesco explains how it is about making migration an option rather than a last resort.

“It is about planning in terms of adaptation to climate change and in terms of urban and rural development. One of the aims of the IOM is to try to bring communities together and to try and speak a common language.

“Trying to speak a common language between meteorology, adaptation and development is a challenge but we are advancing on that.