A week in climate change: five things we learnt 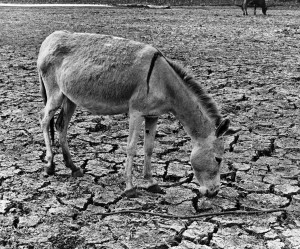 Global action to combat desertification, Antarctic sea-ice being lost from below and women’s role in the green economy; it has been a busy week for climate change news.

RTCC summarises five of the biggest ideas on climate change, energy and clean development that emerged this week…

This week is Desertification Week at RTCC and it has been a week filled with positive messages. We started with a call from Luc Gnacadja chief of the UNCCD to correct the image we have of desertification as an “unstoppable monster slowly consuming the world’s fertile lands”.

He said there are great examples from the world of positive work being done to combat desertification and this week we have heard such stories from across the globe from Africa to China to Turkey and Iran.

2) Warm oceans are a dominant cause of Antarctic ice melt

New laser images from NASA show that warm oceans thawing ice shelves from below has become a dominant cause of ice loss in Antarctica – showing that the ice melt in the region is not only due to the warming atmosphere. 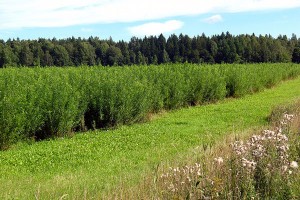 The researchers believe this new information will take them a step closer to being able to reliably predict potential sea-level rises from ice melt in the Antarctic.

3) There could still be hope for sustainable biofuels

Following renewed criticism over biofuels – and their potential to exacerbate food security threat and human rights abuses – the EU has confirmed its commitment to sourcing 10% of transport fuels from renewable sources by 2020.

But as the debate around biofuels shows no signs of slowing down, some organisations are making strides in their attempts to find a more sustainable solution to the problem. While they still have some way to go, they believe they have learnt from past mistakes and are making positive progress.

4) The US could have its first climate change migrants

It appears climate change migration it not a problem isolated to countries in the developing world. While we have heard a lot in recent months about island communities’ plans for relocation and estimates of climate induced movements across Asia and Africa, this week it was the turn of the USA.

The Yup’ik Eskimo village from Newtok, Alaska could have gained the title as America’s first climate change refugees this week as they plan an ambitious relocation nine miles south of the town’s present site, as melting permafrost has literally shifted the ground beneath them. 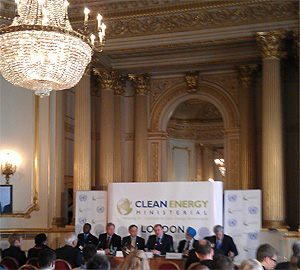 This week saw the Clean Energy Ministerial in London, where ministers, along with the UN Secretary-General’s Sustainable Energy for All initiative, gave their support for a number of measures to promote energy efficiency and the empowerment of women.

These included programmes targeting super-efficient fans in India, energy efficiency standards for TVs and fridges, and a US-led project to empower women in the clean energy sector.