Island States call for climate deal by end of 2012 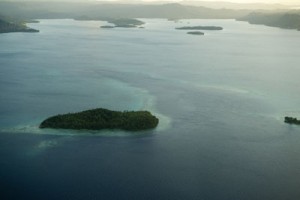 Just weeks ahead of the UNFCCC Climate Conference in Durban, a group of island states most vulnerable to climate change have lashed out at rich nations for suggesting a climate deal could wait till 2018.

Speaking on behalf of the 42-member Alliance of Small Island States (AOSIS), Joseph Gilbert, Grenada’s environment minister and chair of AOSIS said such proposals were “both environmental reckless and politically irresponsible.”

“If we allow this to happen, global warming problems are going to worsen and the impact on a country like Grenada will be devastating,” said Gilbert in a statement. “We therefore cannot continue to delay making decisions, to 2018 or 2020, as there will not be sufficient time for countries to take action.”

With the Kyoto Protocol expiring at the end of 2012, AOSIS are calling for a new deal to take its place, arguing that the timetable of a new deal should be agreed at this year’s conference in Durban.

Gilbert said if governments fail to agree a pact of tough climate targets smaller island countries in the Caribbean, Pacific, and Africa will be further exposed to rising sea levels, droughts and more extreme weather events.

Australia and Norway have proposed setting a 2015 deadline for a climate deal that would involve commitment from all major carbon-emitting nations.

The proposal, submitted to the UN in September, calls for all nations to increase their carbon-cutting targets and work towards the construction of an international verification system.

This could be done as an extension of the Kyoto Protocol or a new treaty, and would include all parties – both developed and developing.

Countries such as Japan and Russia have said this target is unrealistic and have suggested the date could be pushed back to 2018 or 2020.

The current Kyoto Protocol only covers three dozen developed countries – accounting for 30 per cent of global greenhouse gases – and does not include the world’s two largest emitters: China and the US.

Countries such as Russia, Japan and Canada have said they will not sign up to a second commitment period unless it includes all major polluters.

Gilbert has curged developed countries not to back away from their legal commitment and “historical responsibility” to commit to new targets under the Kyoto pact after 2012.

He said: “What this will do is ruin the Kyoto Protocol, wreck the international carbon market, and undermine the credibility of the legally-binding international climate regime that has taken the world more than 20 years to build.”