Off the menu: The climate change food crises 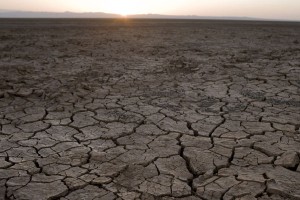 Climate change will threaten a number of crops including coffee, chocolate and rice, according to a number of agricultural research institutes.

The UN’s Food and Agriculture Organisation (FAO) estimates that 925 million people are under nourished. Increased pressures on food supply and prices are only likely to exacerbate the situation.

Failures in food supply can often occur as a result of short-term drought but now longer term changes in climate are putting pressure on a range of crops. Recent work by a number of organisations, particularly the Consultative Group on International Agricultural Research (CGIAR) highlights several of these emerging and catastrophes. As well as creating issues of food security, several tropical regions whose economies rely on their cash crops look set for a challenging time.

Ok, so it’s not as much a staple of anyone’s diet as it is an early morning crutch, but the effects of drought on coffee stocks are being felt heavily in Ethiopia. Coffee exports represent a significant portion of the country’s GDP at 1.1% creating implications not just for the farmers, but on a national scale.

Drought is not the only challenge. Rising temperatures in South America are also driving the optimum growing areas for coffee into higher altitudes, according to research. This significantly reduces the land available for coffee cultivation.

As if threats to coffee were not bad enough, cocoa is also under threat.

Half the world’s cocoa is from West African markets with Ghana and the Ivory Coast racking up in excess of $1.6bn in 2005.

Suitable areas will again increase in altitude and the potential output will decrease.

As well as driving prices up in the main chocolate markets, it will also deprive farmers of a key cash crop, a term that can be applied literally.

“Many of these farmers use their cocoa trees like ATM machines,” says Dr. Peter Laderach, lead author of a report by the International Centre for Tropical Agriculture (CIAT). “They pick some pods and sell them to quickly raise cash for school fees or medical expenses. The trees play an absolutely critical role in rural life.”

In Africa and Latin America changes in climate are raising the vulnerability of bananas and plantains to disease as well as reducing the typical yield. The banana is now the most popular fruit in the UK but in many parts of the world it is the staple of the diet. According to the CGIAR, one variety of banana, the East African Highland banana supports 80 million. The CGIAR’s Research Program on Climate Change, Agriculture and Food Security (CCAFS) has developed a map highlighting the severity of the crisis.

Rice is regarded as the single most important crop for ensuring food security. It is estimated that 3 billion people eat rice every single day.

Rice production in South East Asia and Africa is predicted to increase and decrease by no more than 10% regionally, according to a report by the UK’s Department for International Development. However, a study published in the Proceedings of the National Academy of Sciences paints a more complex picture. The report looked at 227 rice farms in six different Asian countries. Warmer daytime temperatures increase yield while hotter night time temperatures have a negative effect. The study concludes that as temperatures continue to rise, increasing daytime maximum temperatures will also start to have a negative effect resulting in a decrease in yield in a part of the world that produces 90% of the world’s rice.

The humble potato supports millions but rising temperatures in marginally suitable areas for its cultivation are putting stress on the crop. After a certain threshold heat impairs growth. The potential for the development of blight is also increased. Northern India and other territories around the Himalayas are at the most risk. Some areas currently too cold to grow potatoes in a sustainable way at present will benefit, but as the stress map shows, the net result is overwhelmingly negative.

A network of agricultural monitoring has been proposed to keep tabs on soil properties, agricultural practices and even economic factors of the surrounding area. Similar pilot schemes are already underway but the journal Nature has reported that talks ongoing to develop an international version. Multiple philanthropic organisations, including the Bill and Melinda Gates Foundation, have committed funding and there is hope that global food conglomerates, which could use the data commercially, will also contribute.