In a pivot away from Russian gas, Germany cut energy consumption to its lowest level since the Berlin Wall fell – but increased coal burning 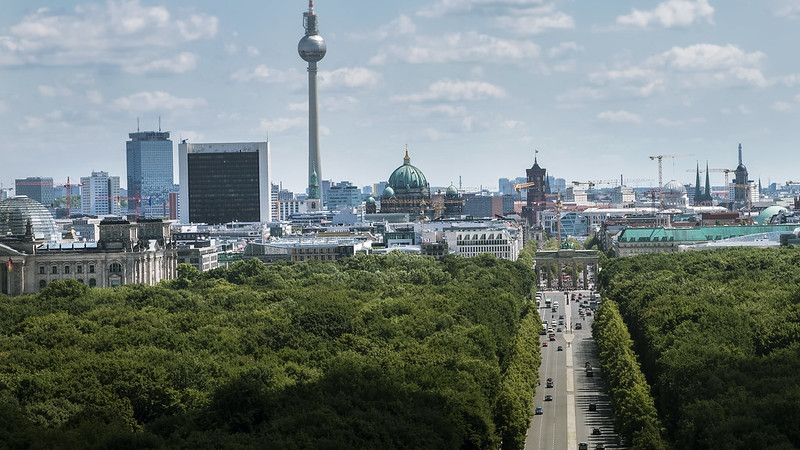 Germany’s energy consumption in 2022 fell by 4.7% year-on-year to the lowest level since its reunification, thanks to spiking energy prices, mild weather, and a government appeal to citizens to save energy in light of a sudden drop in Russian gas imports.

“However, the increased use of coal and oil nullified the reductions in emissions through energy savings,” the Berlin-based think tank said in a statement on Wednesday (4 January).

Although renewable energy reached a record 46% share in Germany’s electricity mix, the greenhouse gas emissions of Europe’s biggest economy totalled around 761 million tonnes last year, overshooting the target of 756 million tonnes and falling behind the 2020 benchmark of a 40% cut compared to 1990, Agora said.

Berlin aims to become carbon-neutral by 2045 and cut emissions by 65% by 2030 compared with 1990, but short-term measures to ensure energy security following Russia’s invasion of Ukraine left it behind schedule, Simon Mueller, Agora’s director in Germany, said.

Last summer, Germany agreed to allow the reactivation of coal-fired power plants or an extension to their lifespan to compensate for declining gas deliveries.

CO2 emissions from the energy industry in 2022 amounted to 255 million tonnes, up 3% from the previous year, but slightly below the sector target of 257 million tonnes.

In April, Germany is slated to turn off its last three nuclear reactors, which is likely to add to its electricity sector woes.

The industrial sector also met its goal, cutting emissions by 8 million tonnes last year due to saving measures and a decline in production, but the transport and building sectors missed their annual targets, Agora added.

“This is an alarm signal with regard to the climate targets,” said Mueller.

Germany’s government is currently in the midst of an extended climate protection row in the transport sector. Volker Wissing, a liberal politician belonging to the FDP, who is the minister of transport and digitalisation, has long resisted strict plans to cut emissions in the sector.

This has caused some discomfort with the FDP’s green coalition partners, who accuse Wissing of failing to uphold the landmark constitutional climate protection ruling from 2021.

“We all agree that there is a big gap that still needs to be filled,” explained Robert Habeck, the green minister of economy and climate action, on Tuesday.

But, he conceded, “the ministry of transport says: it’s a little less. We say: a little more.” In Germany, ministries whose sectors fail to meet the ordained climate targets must present measures to address the gap.

An independent expert committee refused to assess a past proposal by Wissing on the grounds that it was entirely unfit for purpose. Yet, as the differences in opinion within the government persist, an updated plan continues to be delayed.