US and Saudi Arabia want a bottom-up deal focused on recycling, while a “high ambition coalition” wants top-down curbs on plastic production 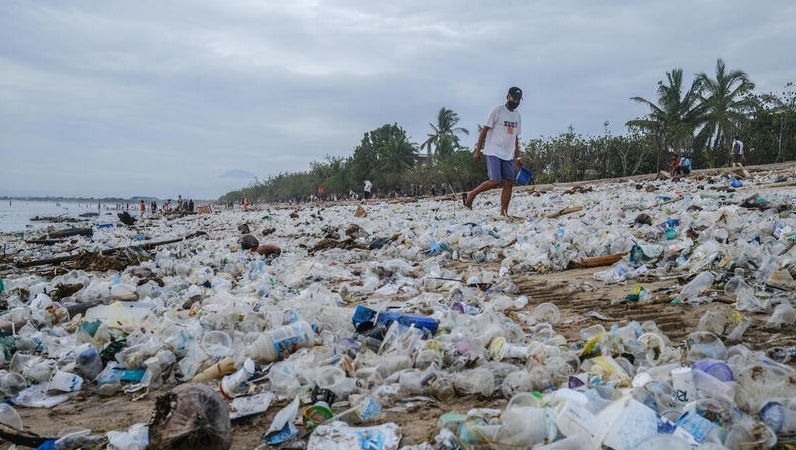 A tourist walks on Bali's iconic Kuta beach that is buried by plastic rubbish during monsoon season in Denpasar, Bali. (Photo credit: Made Nagi/Greenpeace)

As official talks on setting up a United Nations treaty on plastic pollution began in Uruguay this week, battle lines have started to form.

Major oil and gas producers like the USA and Saudi Arabia, along with most of Asia, want the proposed treaty to be “bottom-up” like the Paris Agreement on climate change. This means countries can make their own plans and set their own targets.

A “high ambition coalition” covering roughly a quarter of UN member states including several European countries is calling for a top-down treaty that binds all to certain measures. This could include bans on certain types of plastics.

Nations are split on whether to emphasise recycling and waste management or whether to reduce the production of plastic. A key tactical debate concerns how much voting power the EU should get.

Neil Tangri, from the Global Alliance for Incinerator Alternatives, said: “The US is calling for a treaty with no binding obligations and no requirements to achieve its goal, such as bans on toxic polymers or a reduction in overall production. Every country just does what it wants to. I think that’s a terrible idea.” 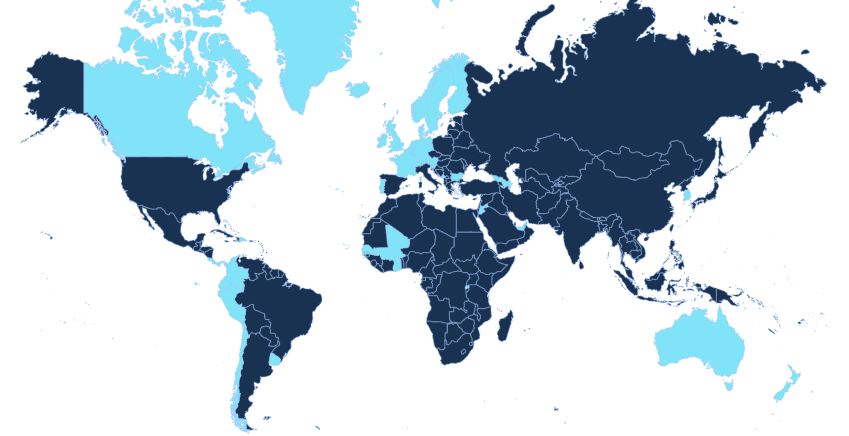 As well as polluting land and sea, plastics are responsible for an estimated 3% of global greenhouse gas emissions through their lifecycle. They are made from oil and gas, potentially offering a lifeline to the sector as climate action cuts demand for hydrocarbons as a fuel source.

But awareness of plastic pollution is rising and in March, governments agreed to negotiate a legally binding UN treaty on the issue. They aim to land a deal by 2024 and, in Uruguay this week, held their first official committee meeting on the scope of the talks and the rules of procedure.

At the start of the week, Saudi Arabia launched an impassioned defence of plastic in the plenary hall in Punta del Este. Its negotiator said: “We cannot deny the importance of plastics for humanity. Plastics have contributed to development and global commercial and economic prosperity, promoting the achievement of the [sustainable development goals].”

He added: “Plastic products are part of every part of our lives. They are present in manufacturing as well as renewable energy and food security. Plastics also play an important role in socioeconomic development in several countries and therefore the instrument must ensure that no-one is left behind by focusing on the priorities of developing countries”.

Bahrain’s negotiator said “plastics play an important role in our society” and are important for “sustainable development” while the Asia-Pacific group argued “our task is ending plastic pollution, not necessarily plastics themselves”.

The high ambition coalition, which counts the EU, Australia, Canada, small islands and a handful of African and Latin American states among its members, argued for an agreement which covers the whole lifecycle of plastics. That includes their production.

Antigua and Barbuda’s negotiator Asha Challenger, speaking on behalf of small islands, said that old models of international agreement are “not up to the task”.

In UN climate talks, the EU negotiates as a bloc on behalf of its 27 member states. Under the rules of procedure drafted by the UN Environment Programme (Unep), they would do the same in the plastics treaty talks.

While UN climate talks work on consensus, meaning any country can block an agreement, Unep proposed a voting system, under which numbers matter.

At a preliminary meeting in Dakar, Senegal, in June, the EU’s mandate to vote on behalf of all its members was questioned. In one alternative proposal, each member state would need to have a representative in the room for their vote to count.

On Friday in Punta del Esta, that question had not been settled. In the absence of an agreed voting procedure, decisions require consensus, which campaigners warned could lead to weaker outcomes.

At the Cop27 climate talks last month, a call by more than 80 countries to phase out fossil fuels was not put to open debate because a handful of oil and gas producers objected. At Cop26 the year before, the US denied developing countries – the overwhelming majority of parties – a steady flow of income to adapt to climate change impacts.

Carroll Muffett, CEO of the Center for International Environmental Law, told Climate Home: “Thirty years of experience with the [UN climate change talks] demonstrates the critical importance of parties to these negotiations having the ability to vote on complex issues, take a decision and move forward.”