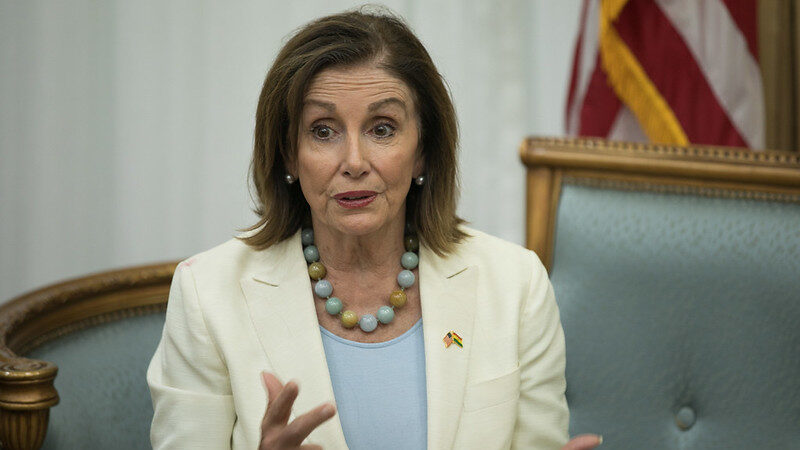 As we publish, it’s still not clear who will control the US Congress, but Republicans haven’t done as well as many predicted.

In the Senate, Democrats won a contested Senate seat in Pennsylvania. Seats in Arizona and Nevada are too close to call. If the Democrats win them both, they keep control of the Senate. If they win neither, then Republicans win control.

As it did  two years ago, the outcome could come down to a runoff in Georgia, where the victor needs an outright majority, on 6 December.

In the House, there’s a lot more still up for grabs.

Whoever ends up on top, Biden’s landmark Inflation Reduction Act is going to be hard to undo.

But Biden has so far failed to get US climate finance up to scratch. Control of Congress would give him some chance of delivering.

Despite the nail-biting back home, Speaker of the House of Representatives Nancy Pelosi was in Sharm el-Sheikh today and said that Biden had asked for the release of more climate funds. “We have a responsibility, we made a commitment.”

But, she said, “it is a challenge, and we haven’t succeeded yet, to get the global funding that we need to be good neighbours on this planet”.

Pelosi said it was hard to speak in the midterms on this subject because of “disagreements” between Democrats and Republicans. Some conservative still call climate change “a hoax”.

She brought two planes of US lawmakers with her and not one Republican came. “We have to get over that. I place my confidence in their children to teach them,” she said.

Speaking alongside Pelosi, Kathy Castor warned that the house select committee on the climate crisis – which she chairs – would be scrapped if Republicans win the house. 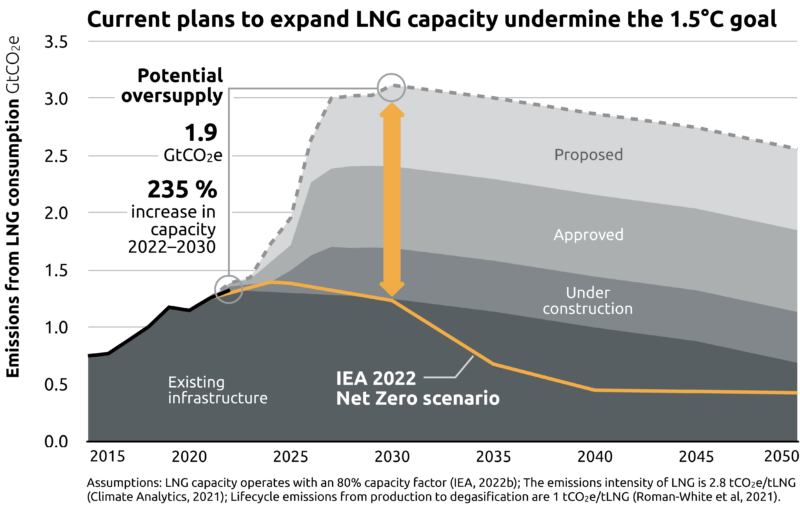 Investors on the rebound from Russian gas are jeopardising climate targets with a planned 235% increase in LNG capacity by 2030, Climate Action Tracker calculates. If all the proposed terminals are built, the oversupply of gas could emit 1.9Gt CO2e above the International Energy Agency’s net zero scenario. It undermines a handful of improvements in ambition since Glasgow. CAT’s global warming projection remains at 2.7C based on policies and action.

The UN Economic Commission for Africa (Uneca) has canceled Team Energy Africa, after Climate Home revealed that one of its coalition partners was led by a convicted fraudster and alleged money launderer.

The initiative aimed to mobilise $500 billion of private sector investment into 250GW of “clean” energy across Africa by 2030. But the involvement of NJ Ayuk, the oil and gas lobbyist in charge of African Energy Chamber, threatened its credibility.

Uneca will review the best way to partner with the private sector to roll out renewables across Africa, it said in a brief statement.

Separately, executive secretary Antonio Pedro clarified Uneca’s position on development. For some developing countries with existing resource and infrastructure, gas “will play a major role in their transition to a net zero future,” he said.

“For all others, developing new fossil fuel infrastructure would result in billions of stranded assets and debt for future generations.”

Losses and damages caused by climate change are costing Colombia the equivalent to one Covid-19 pandemic each year, shows a government report presented during COP27.

The country is the first in Latin America to quantify the impacts of extreme weather on climate victims and has estimated the costs at around $800 billion each year (4 trillion Colombian pesos), a figure similar to the economic impacts of the Covid-19 pandemic in the country.

Most of the impacts are associated with wildfires, the report highlights, particularly due to loss of crops and ecosystem services.

Colombia’s environment minister, Susana Muhamad, said future governments from now on will have to face crises year after year and compared the situation to “a dog biting its own tail”, where money is being spent on restoring ecosystems that are being impacted by climate change.

“We need an immediate capacity to react. We cannot wait for the long conversations, committees and definitions (at climate talks), or keep getting indebted,” Muhamad said during the report launch.

The country is backing a proposal by the group of vulnerable countries to obtain a percentage of debt relief to attend the costs of climate change.

Putting numbers to these impacts is the first step to enter that conversation, which makes Colombia’s report “emblematic” for the region, said Esperanza González, climate change specialist at the Interamerican Development Bank.

As more finance is directed to climate adaptation, the specialist said analyses such as Colombia’s are important to make the case for more loss and damage funds. González said the IDB is supporting similar cost analysis in Peru and Panama.

Fossil fuel delegation – 636 oil and gas lobbyists have been registered to attend Cop27, analysis of the provisional list of attendees by NGOs shows. That’s 100 more than attended at Cop26 last year. If they were to form of delegation, it would be larger than any African one. Cop28 host UAE brought 70 delegates with fossil fuel interests – more than any other country.

No peak yet – Global CO2 emissions from fossil fuels are set to increase 1% in 2022, rebounding slightly after a pandemic-driven drop, the Global Carbon Project predicts. This driven by India (up 6%), the US (1.5%) and international aviation.

Funds for the Amazon – Colombia’s vice-president, Francia Márquez, said she will discuss the creation of a new binational fund to protect the Amazon rainforest in a meeting with Brazil’s likely new environment minister, Marina Silva, at Cop27. “Lula’s win allows the two countries to lead” on a climate and racial justice agenda, Márquez said.

Get your vegan burger – Food outlets at the Lamborghini conference center have cut the price food in half and made water and soft drinks free. Delegates had grumbled at paying $11 for a sandwich.

Congo threat – The pace of deforestation in the Congo basin increased by 5% in 2021, according to Climate Focus. The Congo rainforest is the second-biggest in the world after the Amazon. On Monday, Germany committed to double its cash for forest conservation to €2bn ($2bn) in the period to 2025. Some of the funding is earmarked for the Congo Basin.