Thanks to fossil fuel crisis, wind and solar payback time drops to one year

A new report shows investments in renewable energy are set to be higher than fossil fuels in 2022, due to soaring electricity prices. 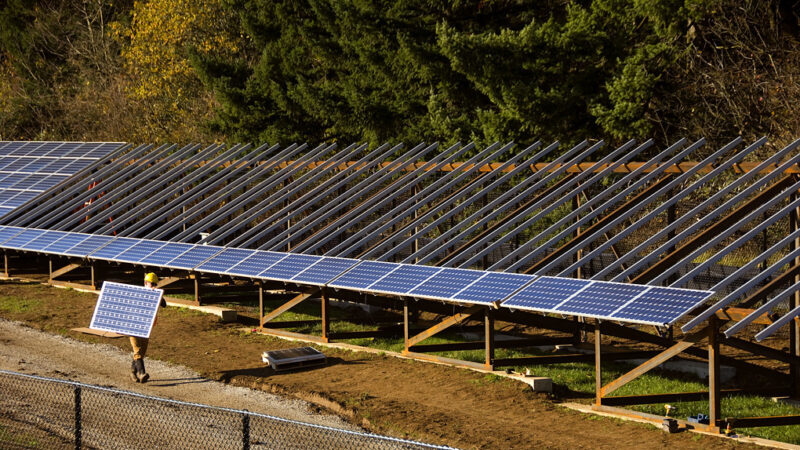 A worker carrying a solar panel for installation in Oregon, US. (Photo: Oregon Department of Transportation/Flickr).

By Jim Regan for RenewEconomy

Capital investment in renewables worldwide is set to outstrip oil and gas spending on new projects by almost $US50 billion this year, with soaring electricity prices reducing the payback period for solar and wind installations to less than a year, new research shows.

“Capital investments in renewables are set to outstrip oil and gas for the first time this year as countries scramble to source secure and affordable energy,” says Rystad’s Michael Sarich.

“Investments into renewables are likely to increase further moving forward as renewable project payback times shorten to less than a year in some cases.”

The impact of soaring spot prices on project economics

Typically, returns on new wind and solar PV projects have been unspectacular, often relying on subsidies to get projects over the line.

Cost pressures due to recent commodity and supply chain issues should have made matters worse, as they have reversed years of rapid unit cost improvements in the sector.

But according to Rystad, current spot prices in Germany, France, Italy, and the UK would all result in paybacks of 12 months or less.

To understand the impact of soaring prices on project economics, a generic 250 megawatts (MW) solar PV asset has been modelled in Germany by Rystad in the below graph.

Assuming a long-term electricity price of €50/MWh ($49/MWh), the expected post tax return is approximately 6% with a payback period of 11 years.

Higher prices were then assumed in the start-up year, dropping uniformly in years two and three until returning to the long-term assumption.

The graph shows a price of €350/ MWh or above results in a payback period of only one year while a price of approximately €180 – the European Commission’s proposed price threshold – halves the payback to 5-6 years.

The data shown is for Germany, however €350/ MWh will also result in a payback within 12 months in France, Italy, and the UK.

Good time to get new projects up and running

In June, the International Energy Agency forecast that global energy investment was on track to increase 8% this year to $US2.4 trillion, with investment in clean energy responsible for most of the rise.

The rise in clean energy spending is occurring primarily in advanced economies and China, while in some markets, energy security concerns and high prices are prompting higher investment in fossil fuel supplies, most notably on coal, according to the IEA.

For now, Rystad says most European solar and wind projects are not benefitting from the current high prices, but that is changing quickly.

“Developers and financiers alike should be trying to get projects up and running as quickly as possible and with maximum exposure to wholesale prices – as once the up-front costs are recouped, returns will be very attractive even if prices drop back close to historical levels,” the report says.