Loggers can now gain the FSC green certification, as long as they restore the same amount of forests they have destroyed between 1994 and 2020 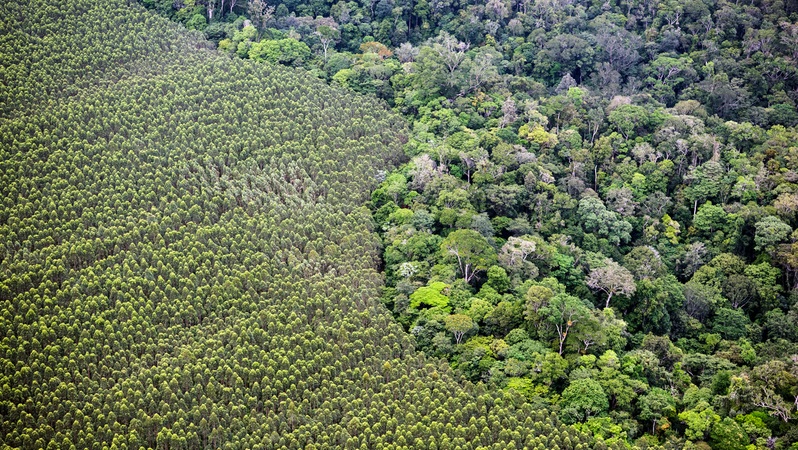 The body that certifies environmentally-friendly wood products will green-light logging companies who have cut down forests if they restore them and compensate the communities they’ve harmed.

Currently, companies who have cut down forests since 1994 cannot get a green certification from the Forestry Stewardship Council (FSC) for their wood products like pulp and paper. As some buyers insist on certification, this restricts their opportunities to sell.

But, at the Forestry Stewardship Council (FSC) assembly in Indonesia yesterday, the FSC’s members overwhelmingly voted to allow these companies to be certified, as long as they restore the same amount of forests they have destroyed between 1994 and 2020. No deforestation after 2020 will be allowed.

The #FSCGA22 passed Motion 37 yesterday. This means that the FSC Principles & Criteria will be changed to allow companies that converted natural forests up to 2020 to be certified. This also means more transparency and forest restoration efforts, which will be closely monitored. pic.twitter.com/qsGiXY0QtD

The move was broadly welcomed by green NGOs and by logging companies, particularly in Indonesia, who are keen to gain FSC certification.

Greenpeace New Zealand’s Grant Rosoman told Climate Home: “There’s a lot of environmental and social benefits that come from this and they outweigh the risks of it being abused or not being interpreted properly”.

Restoration would be good for the climate. According to an article in Nature magazine, written by University College of London professor Simon Lewis and others, “plantations are much poorer at storing carbon than are natural forests” because they release carbon when they are harvested.

A 2018 Science magazine study used satellite imagery to estimate that a quarter of deforestation between 2001 and 2015 was due to forestry—with natural forest replaced by forest plantations. Most of the rest was due to agriculture or wildfire.

The land restored should ideally be in the same place as the deforested land and will have to be close by. To count as restored, at least 30% of it should be left untouched while the remaining 70% can be logged.

Companies must also offer social restoration to communities affected by their deforestation. This can include handing land back to them, financial compensation, employment or infrastructure.

Forestry adviser Aida Greenbury also supported the move. But she questioned whether the pulp and paper companies would follow through with the restoration needed to get certified.

Greenbury, a former sustainability director for Indonesian logger Asia Pulp and Paper, said some companies may be happy to just be in the process of certification in order to greenwash their credentials to prospective customers.

A 2019 study found that timber plantations had caused 1,2 million hectares of natural forest to be destroyed in Indonesia between 2001 and 2016. That’s an area the size of Jamaica.

“How can they restore forests for one million hectares?” Greenbury asked. “That’s the question that still needs to be answered”.