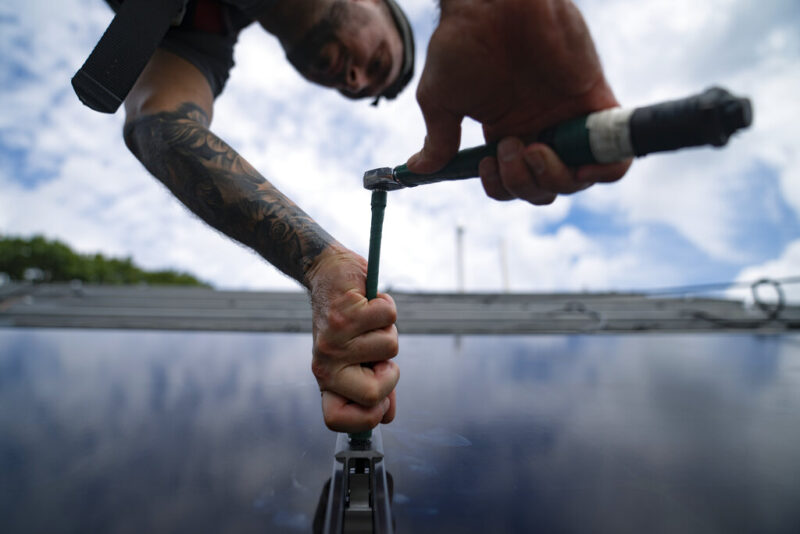 An employee of NY State Solar, a residential and commercial photovoltaic systems company, installs an array of solar panels on a roof (AP Photo/John Minchillo, File)

Clean energy now provides more employment than the fossil fuel industry, reflecting the shift that efforts to tackle climate change are having on the global jobs market, according to a report Thursday.

The International Energy Agency said a post-pandemic jobs rebound in the sector has been driven by emissions-cutting technologies such as electric vehicle production, building insulation, solar projects and wind farms.

Clean energy, which under IEA’s definition includes nuclear power, is now estimated to account for more than half the 65 million energy sector jobs globally. 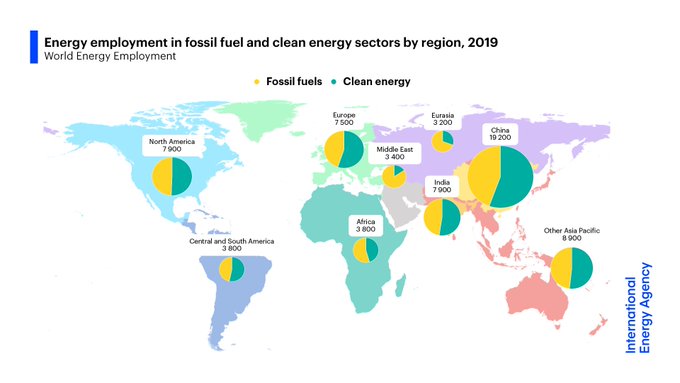 However, the Paris-based agency said high energy prices including for fossil fuels have seen an upswing in employment, notably for liquefied natural gas infrastructure. Many countries in Europe are scrambling to find alternatives to Russian gas supplies due to the war in Ukraine.

It also noted that wages in clean energy jobs lag behind those in the fossil fuel industry, where unionization rates are higher and risky work has been compensated with higher pay. The exception is nuclear, due to the highly skilled labor needed, the agency said.

“Countries around the world are responding to the current crisis by seeking to accelerate the growth of homegrown clean energy industries,” said IEA’s executive director, Fatih Birol. “The regions that make this move will see huge growth in jobs.”

He urged companies, labor representatives and governments to ensure that clean energy projects provide high quality employment and attract a diverse workforce. Women are significantly underrepresented in the energy sector, which as a whole accounts for about 2% of the global workforce, IEA said.

Where possible, fossil fuel workers should be given the option to retrain for clean energy jobs, the agency said. It predicted could up to 14 million new clean energy jobs could be created by 2030, with an additional 16 million workers switching to new roles related to clean energy.