Who will pay for Pakistan? – Climate Weekly 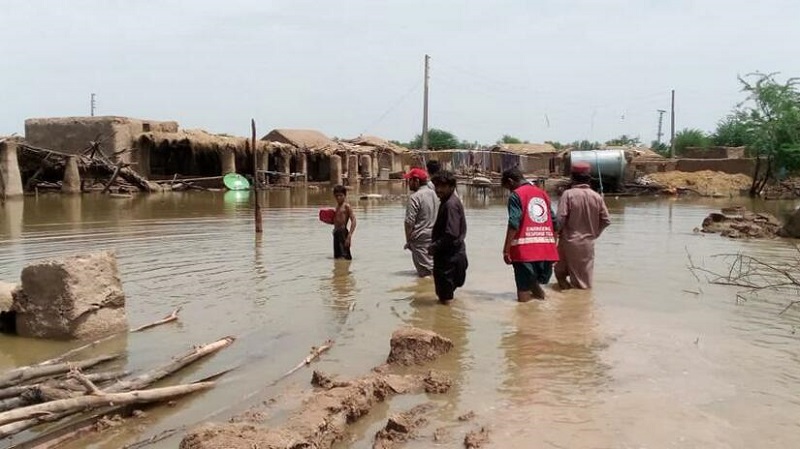 The scale of what happened in Pakistan is difficult to grasp. The apocalyptic monsoon flooding is a window into an overheated world we are not ready for.

As Fahad Saeed, a climate impacts scientist at Climate Analytics based in Islamabad, wrote this week, “colossal”, “mammoth” and “gigantic” don’t do justice to the scale of the disaster: 33 million people or one in seven Pakistanis are estimated to have been impacted. Over a million homes have been destroyed. The number of deaths has passed 1,200.

After a summer of extraordinary heat, this is yet another “wake-up call” for confronting the question: who will pay for climate damages that cannot be recovered or adapted to?

Pakistan emits less than 1% of global greenhouse gas emissions and, gripped by an already dire economic situation, needs financial support to recover from the damage it cannot pay for.

The Pakistani government estimates the cost of recovery in excess of $10 billion. Looming food shortages and expected mass internal displacements are likely to push up that number. The $1.1bn IMF bailout it received days after the flooding started appears a pittance against what is needed. The UN has appealed for $160 million in emergency funding.

Aid has been forthcoming from China, Saudi Arabia, Qatar, Turkey, Uzbekistan and UAE among others. The US has pledged $30m, the UK committed $15m and Canada C$5m. But the difference with what is needed is gaping.

To plug the gap, developing countries have called for a bespoke funding facility for losses and damages caused by climate impacts. Despite rich nations increasingly recognising the need for funding, they have continued to reject the facility and objected to the issue being  put on the formal agenda at Cop27 in Sharm el-Sheikh this November.

The issue is likely to flare up from the very start of the climate summit in Egypt. The upcoming UN General Assembly is an opportunity for countries to put forward suggestions on how to break the logjam.

As chair of the G77, the largest group of developing countries in the climate talks, Pakistan is in a position to push for a loss and damage funding mechanism, based on first-hand experience of the gaps in the financial architecture.

While Pakistan continues to assess the damage and adds up the costs, G20 climate and environment ministers meeting in Bali, Indonesia, couldn’t even agree on a joint communique for tackling the worsening climate crisis. The outgoing and incoming Cop presidents have both warned the world’s largest economies now is not the time to backslide on their climate commitments.

In Gabon, where the Africa Climate Week has been taking place, another mechanism for increasing climate investment has been gaining momentum. African nations are showing growing interest in debt-for-climate swaps as a way to alleviate their debt burden while spurring climate investments. And financial institutions are paying attention.