Comment: The Rajapaksa regime deserved to be banished, but today’s hunger stems from decades of choosing global markets over self-sufficiency 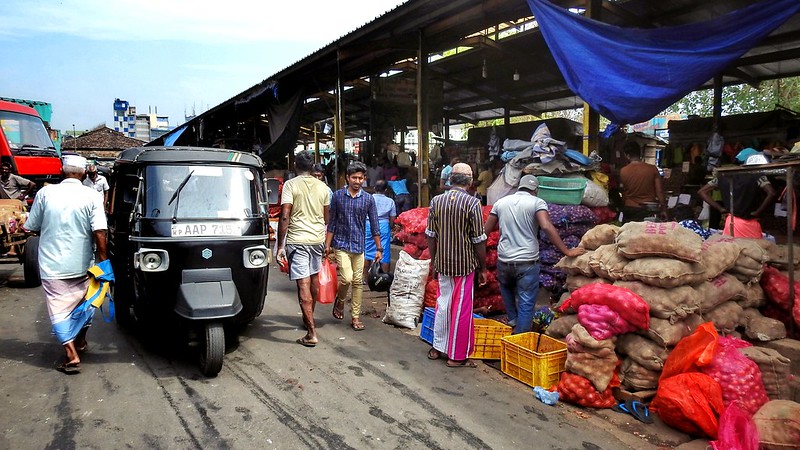 Sri Lanka is mired in a profound food crisis, which international scrutiny has tended to reduce to a single cause. But it’s the result of a perfect storm building for years, underpinned by an economic and political crisis.

And Sri Lanka is just the tip of the iceberg, a cautionary tale for other debt-ridden countries.

The Rajapaksa regime is at the centre of this story: its arrogant mismanagement of the economy, its authoritarian populism and its overnight fertiliser ban are viewed by many unfamiliar with our politics as the primary driver for the economic depression.

Chaos ensued as people were unable to find fuel for their vehicles for days. While the Rajapaksas have played their part to destroy my country and deserve to be banished from Sri Lankan politics as the awesome protest movement has insisted, it is not going to solve all our problems here.

Unless we are ready to address the root causes of these crises, we will waste valuable time as much of the country goes hungry.

I remember the night when it all began, sat with my father, listening to his radio of the landslide victory of the Jayewardene government. In the late 1970s, my country, like many others, was encouraged to “open up”. Jayewardene famously said “let the robber barons come”.

Sri Lanka was one of the first countries to liberalise its economy, slashing government support and funding, letting the global markets and companies enter unbridled. What I noticed as a child were the new supermarkets with imported soft drinks and chocolates, which seemed like progress at the time.

It’s no coincidence that we now stand on the brink of famine. Our crisis was not inevitable but the result of decades of devastating decisions.

It may be the first to fall but certainly not the last. In opening up, Sri Lanka abandoned policies of self-sufficiency in food and dismantled social safety nets crucial for food security. Investment in our rural economies and small-scale agriculture steadily declined, and we became dependent on the global food system. We even imported onions and chillies abundantly cultivated in the Jaffna peninsula where I grew up.

The hope was to turn most of our farmed goods into valuable exports like tea, but this meant we were also at the mercy of the volatile global market. The tragedy of generations who toiled and were exploited in tea plantations has been conveniently forgotten.

Before this grand opening, our farming was a mix of subsistence and income generating livelihoods, slowly developing with incremental investment in mechanisation.

However, with the opening up, expensive hybrid seeds, and excessive use of synthetic fertilisers and pesticides, locked us deeper into global markets where we had little bargaining power to get a good deal on fertilisers, pesticides and imported food.

Over decades, this model of farming worried some communities as nitrogen and pesticides contaminated our soils and rivers. As a result, over the last decade, farmers have been experimenting with growing a diverse range of crops, working with nature, depending less on fertilisers and pesticides.

Seen from space: Extreme drought dries up rivers across the globe

The timing could not be worse as Covid supply chains crunched and global fertiliser and fuel prices skyrocketed. Agricultural yields collapsed, farmers’ incomes fell, and many farmers are now abandoning agriculture.

Sri Lanka is not the only country with this economic disease. According to Bloomberg analysis, contagion is happening in Egypt, Tunisia, Pakistan and Ghana, all vulnerable to default on their debt.

For many of these countries the combination of spiralling food and fertiliser prices are pushing them closer to the brink. Many countries, literally, can’t afford this unstable global food system model.

If we are to get back on track, we need urgent assistance to help our immediate food crisis. But we also need to manage and create an orderly transition away from our dependence upon a handful of global commodities.

This means we need a proper plan for how Sri Lanka can feed itself in the wake of conflict, Covid and climate. We must draw inspiration from our farmers embracing more diverse crops and farming methods which means we don’t depend entirely on one crop or commodity for our food and can better weather storms.

This cannot happen overnight. We can be a beacon of hope to others but we need a national food plan, or we will fall foul again.

Ahilan Kadirgamar is a political economist and senior lecturer at the University of Jaffna, Sri Lanka.