António Guterres is backing windfall taxes on “immoral” oil and gas profits, while the IMF argues costs should be passed to consumers 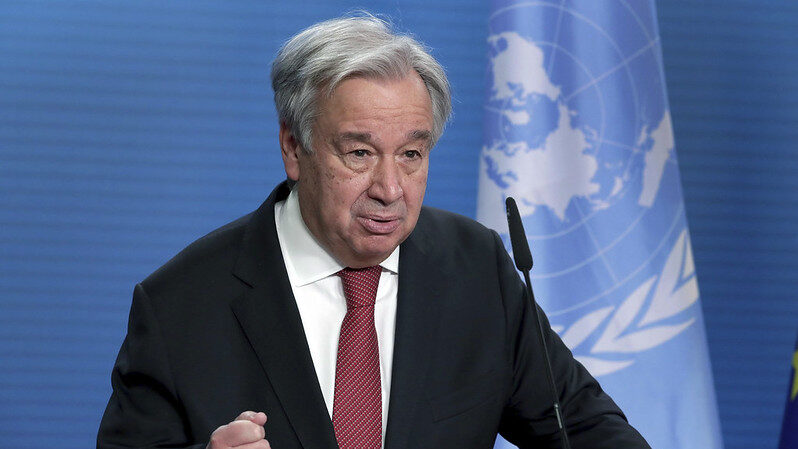 UN chief Antonio Guterres called on governments to introduce windfall taxes on oil and gas profits to support those hardest hit by the energy crisis (Photo: Faces of the World/Flickr)

UN chief António Guterres called for windfall taxes on oil and gas this week, arguing it is “immoral” for fossil fuel companies to reap record profits while ordinary people suffer from a cost of living squeeze.

In recent weeks, oil and gas companies have reported bumper profits. BP reported profits of $8.45bn between April and June this year – more than triple the amount it made at the same time last year. Exxon Mobil, Chevron, Shell and Total reaped $51bn between them and returned $23bn to shareholders in dividends and buybacks, according to Reuters.

“This grotesque greed is punishing the poorest and most vulnerable people, while destroying our only common home,” Guterres said during a media briefing on Wednesday. “I urge all governments to tax these excessive profits, and use the funds to support the most vulnerable people through these difficult times.”

The IMF agreed that governments should shield the most vulnerable from price hikes but discouraged broader consumer subsidies.

Living costs for European households will rise by 7% on average in 2022, the IMF projects, with the poor hardest hit.

Several European governments have used price controls, tax cuts and subsidies to ease the impact of inflation – in some cases funded by windfall taxes.

In a blog post, Oya Celasun, assistant director of the IMF’s European department, wrote that policymakers “should allow the full increase in fuel costs to pass to end-users” to encourage energy savings and moving away from fossil fuels.

“Governments cannot prevent the loss in real national income arising from the terms-of-trade shock,” said Celasun. She added that governments should provide targeted relief for the most vulnerable groups, for example in the form of income support.

“The IMF and UN are both clearly conscious of the need to protect the most vulnerable consumers but they disagree on who should bear the costs of doing so,” Olena Borodyna, a transition risk analyst at ODI, told Climate Home News.

“Fundamentally, the two have a different position on how to encourage low-carbon transition – the IMF prefers market solutions and wants to incentivise consumers towards energy efficiency. The UN, on the other hand, is siding with the position of climate activists and politicians who are making a moral case for taxing fossil fuel companies amid the cost of living crisis,” Borodyna said.

Indian tribes fight to save forest homes from coal mining

“The UN and IMF stances on the energy crisis are refreshingly compatible. We need both: windfall taxes on oil and gas profits; and a shift to policies that subsidise people, not energy,” Chris Beaton, the lead for sustainable energy consumption at the International Institute for Sustainable Development (IISD), told Climate Home News.

More effective and fairer policies for tackling energy poverty include swapping subsidy spending into public services such as health and education or providing low-income households with cash transfers, he said. “This empowers people to put assistance into whatever part of their budget they find most useful, and can work as a short-term crisis measure.”

“The IMF might make a good economic point, and governments should not rush to give out blanket support measures to wealthy businesses and consumers that do not need them, but they are completely tone deaf in terms of implications for consumers experiencing the impact of the energy crisis,” Ipek Gençsü, senior research fellow at ODI, told Climate Home News.

“The problem is that it’s not just the low-income that are currently suffering, it is a much bigger segment of the population. So supporting consumers is easier said than done in the current crisis,” she said.

It is a reminder that the most vulnerable “live at the mercy of price volatility of fossil fuels,” said Gençsü. “The sooner we can move away from use of fossil fuels, and also reduce energy waste, the better… The companies that continue to benefit from fossil fuels at a time when they are leading us to climate disaster, must be the first to help pay for the transition.”