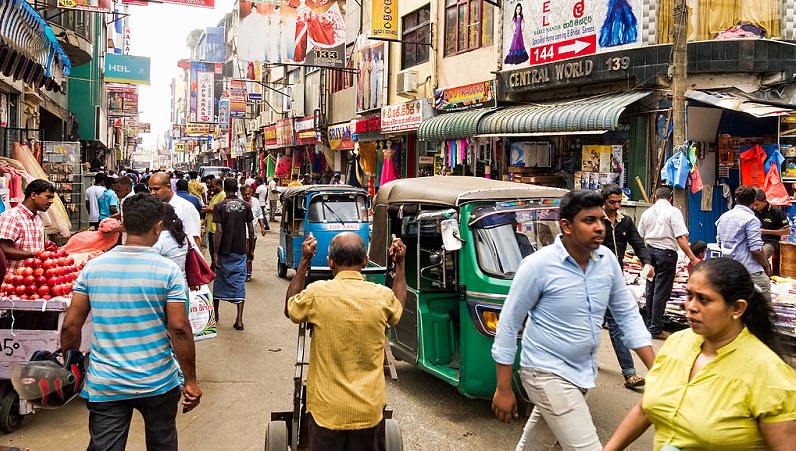 Sri Lanka is in turmoil, with fuel and food shortages provoking citizens to storm the presidential palace and send Gotobaya Rajapaksa packing.

Reliance on fossil fuel imports is a big factor in the economic crisis. Fuel prices spiking while tourism stayed in the doldrums led to the country running out of foreign currency, not helped by chronic fiscal mismanagement.

That same economic crisis is now making it harder than ever for Sri Lanka to develop a renewable industry, energy experts and business owners say.

On 31 March, protesters marched on president Gotabaya Rajapaksa’s private residence. Things escalated until on 9 July, they stormed the presidential palace, prompting Rajapaksa to resign and flee to Singapore. He appointed an ally, Ranil Wickremesinghe, as his successor and this week a Sri Lankan official said Rajapaksa himself would return to the country, dampening hopes of substantive political change.

The government didn’t have enough Sri Lankan rupees to pay for imports so prices of products, including essentials like food and fuel, shot up.

Sri Lanka has no significant fossil fuel reserves. It does, according to the World Bank, have good potential for solar and wind power. Yet it has failed to develop either technology. It gets around a third of its electricity from imported oil, a third from imported coal and a third from domestic hydropower. 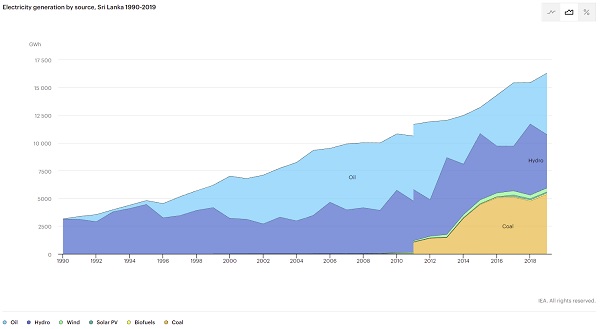 Sri Lankan journalist Rathindra Kuruwita said this failure to develop renewables was largely the fault of the island’s state-owned monopoly utility provider, the Ceylon Electricity Board.

“Most of the engineers are in cahoots with the power plant mafia,” he said. This “mafia” is not an organised crime mob, but a network of people with a vested interest in fossil fuels: power plant operators, diesel distributors and coal importers.

The Sri Lanka Sustainable Energy Authority has also been slow in approving licenses for renewable projects, he said. If those projects had been approved, Kuruwita added, “we wouldn’t be in this mess”.

When an electrical engineer named Champika Ranawaka became energy minister in 2015, he tried to reform the CEB, Kuruwita said. He lasted eight months in the role.

Now the country has run out of foreign currency to import the amount of fossil fuels its infrastructure needs. There are shortages of electricity, of cooking gas and of fuel for vehicles and for the diesel generators used as back-up power.

Before terrorist attacks in 2019 and the coronavirus pandemic, tourism provided 6% of Sri Lanka’s GDP. There were hopes it would rebound this year and bring in much needed foreign currency.

But Nimesh, who works in the Atha resort in central Sri Lanka, told Climate Home that tourists are finding it hard to find vehicles to transport them as drivers are having to queue for days to get fuel.

On top of that, small hotels and restaurants are suffering from power cuts. Larger hotels have generators but are finding it difficult to find fuel for them.

“These power cuts and fuel shortages are really affecting the tourism industry,” he said. 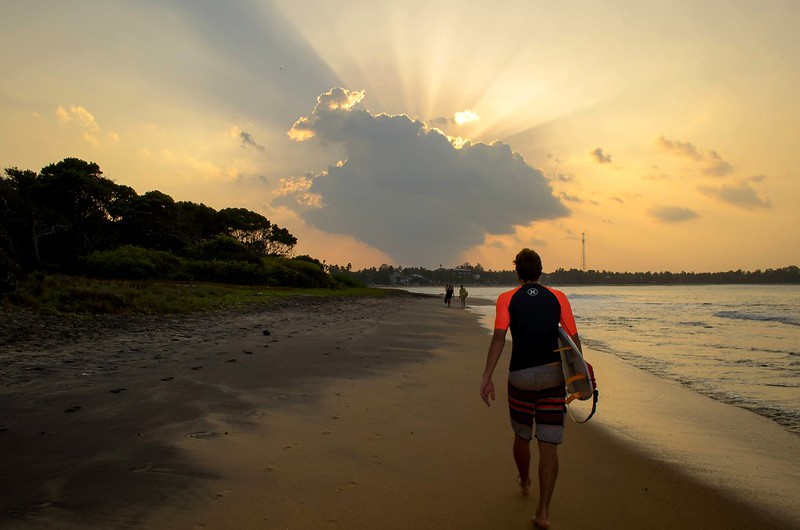 Lien Wysmans runs a backpackers’ hostel on Arugam Bay beach in the island’s east. She told Climate Home: “There are power cuts as well of about four or five hours a day… I’m freaking out”.

Although Wysmans says her guests don’t mind the power cuts, others are less tolerant. A March 2022 review for a beachfront Airbnb gives one star, citing “power cut- not their fault but created problem for us” among the reasons.

A Financial Times reporter who visited the country recently said: “Anyone considering a trip to Sri Lanka this year or next also faces a difficult choice. Avoid the country entirely and the risk of a severely impacted and unexpectedly expensive trip, or support a vulnerable economy unduly impacted by the pandemic and poor management.”

Electric vehicles (with enough electricity) and rooftop solar panels would solve many of the tourist industry’s problems. But rolling them out requires money which most Sri Lankan citizens and their government don’t have.

Wysmans said solar panels “would be definitely a very good solution”. She can’t install them as she is renting the property but, even if she owned it, she said that the return on investment is 25 years. “It’s economically not beneficial for anybody because it’s just too expensive,” she said. “Also, the government is not really supporting.”

Nimesh said: “Solar panels are a great solution but the problem is government can’t afford to give financial support to invest in these projects due to the critical financial crisis that our country is facing”.

There are international schemes to help, like a Asian Development Bank funded scheme to provide low-interest loans for rooftop solar power. But these are on a small scale.

Speaking from her native Belgium, Wysmans said: “Sri Lanka has a really great opportunity for being a self-sustainable renewable energy island but the corruption is stopping all of it.”

The Sustainable Energy Authority did not reply to a request for comment.