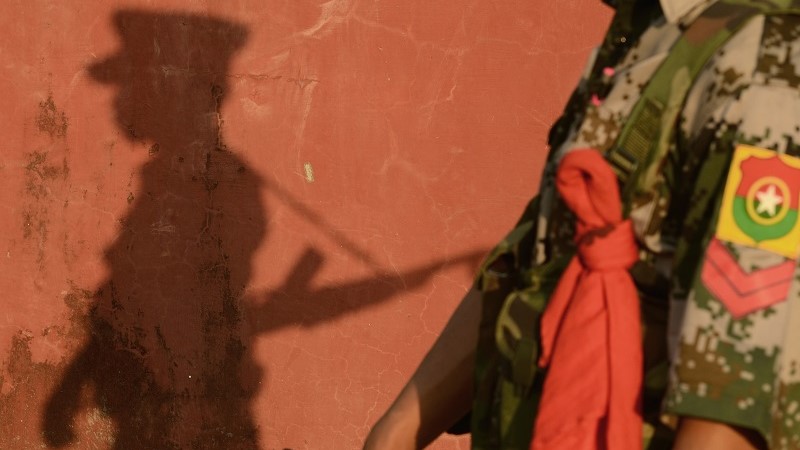 On 9 June 2011, fighting broke out at the Dapein hydropower plant in the northernmost state of Myanmar between the Kachin Independence Organisation’s military arm and Burmese soldiers posted there to protect the dam.

It broke a 17-year ceasefire in a long and little reported conflict between the largely Christian minority group and government militias. Scores of people were killed and up to 100,000 refugees are still living in camps in the borderland with China.

Gumring Hkanda was born in a village of Kachin state. He now researches the conflict through a cultural lens at the University of Manchester. He described the violence as “most brutal and cruel”. “It’s been an awful 11 years,” he said.

A joint venture between Chinese state-owned company Datang and the Myanmar’s state electric power enterprise, the Dapein dam became a battleground for social struggles, representing military oppression while exporting nearly all the electricity back to China. “These mega dams are fueling further conflict, not benefitting the people of Burma,” Sai Sai of the Burma Rivers network said at the time.

The dam prevented greenhouse gas emissions compared to the alternative of coal-fired power generation. And despite its troubled history, those carbon savings have currency today.

Exclusive analysis of publicly available data for Climate Home News shows that the Dapein dam is one of at least 804 projects whose past emission reductions can be bought by countries as a cheap way to meet their climate targets.

Under rules agreed at last year’s UN climate summit in Glasgow, UK, carbon credits generated by these projects are eligible for use towards national 2030 emissions goals. 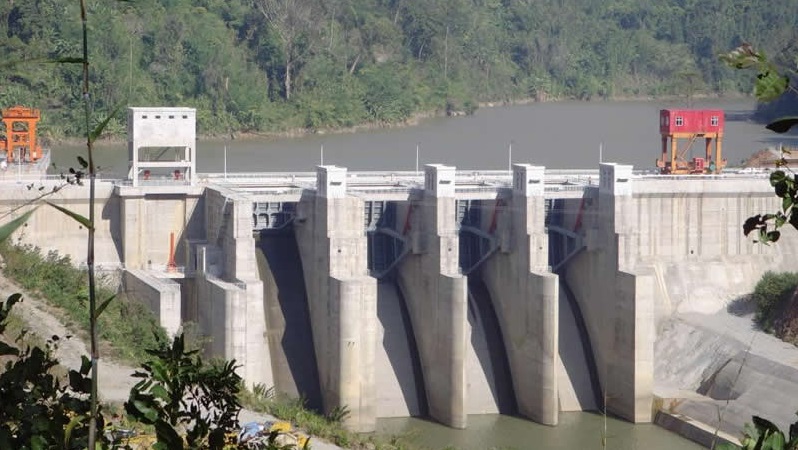 While conflict in Kachin was raging, the 240MW dam was registered with the Clean Development Mechanism (CDM), at the start of 2013.

The world’s largest carbon offsetting programme, established under the Kyoto Protocol by UN Climate Change, the CDM allowed rich countries to meet some of their climate obligations by financing carbon-cutting projects in poorer ones.

The scheme has been widely criticised for its patchy human rights record and failure to deliver promised climate benefits. Projects were approved without always consulting local communities and, at times, causing them harm.

The Kyoto Protocol has been superseded by the Paris Agreement, which requires every country to contribute climate targets. And yet, old credits that meet certain criteria are still available for governments and companies to buy, promoted by UN Climate Change.

“This is really problematic,” said Jonathan Crook, policy officer at Carbon Market Watch. “Most of these are poor-quality credits, many from almost 10 years ago.”

“We call them ‘junk’ or ‘zombie’ credits because they are unlikely to represent real environmental integrity,” he said. “These largely worthless credits now have a stamp of approval, which gives them more credibility and means they could be used for greenwashing.”

In total, an estimated 320 million old credits – equivalent to the annual emissions of 86 coal-fired power plants – are available for nations to count towards their climate commitments.

Climate Home’s data analysis reveals which of the CDM’s more than 8,200 projects are allowed to carry over into the new Paris Agreement regime.

India alone is home to close to half of CDM projects eligible to sell old emission cuts. This is followed by China with 12% and Brazil with 6.5%.

One in five of these projects are hydropower dams. Campaigners have repeatedly called for large dams to be excluded from the UN’s or any other offsetting scheme over human rights concerns and environmental damage.

In Myanmar, the central government granted permission for the construction of the Dapein dam and brought in troops to defend it against local opposition.

The dam was built with a Chinese workforce and 92% of the electricity it generated was exported back to China.

“Local people did not like it because it wasn’t for local people. They were no benefits at all,” Hkanda said.

Registration documents to the CDM explained that the exported electricity would help cut emissions in southern China’s power grid by displacing fossil fuel sources. They made no mention of the conflict in Kachin.

The project developers argued the dam would “improve living conditions” for local rural households by providing electricity and “stimulate” local economic development – something Hkanda says his family never saw materialise. Neither Datang nor the government of Myanmar responded to our request to comment.

A further 43% of projects  with carry-over credits are in wind and solar. While not typically associated with human rights abuses, these projects have dubious climate benefits. After years in operation, they are likely to be profitable from the sale of the electricity alone, not driving any further emissions cuts.

A 2016 study commissioned by the European Commissioned found that the CDM “has fundamental flaws in terms of overall environmental integrity” and that the majority of projects “are not providing real, measurable and additional emission reductions”.

Two projects in the 2GW Pavagada solar park in the southern Indian state of Karnataka illustrate this. When the projects were registered with the CDM in 2017 and 2020, the project developer, Finnish state-owned energy company Fortum, argued that solar projects were “not common practice” in the area and needed CDM funding to be profitable.

But satellite images of the area show a rapid development of solar farms since the start of 2017. Most did not rely on the CDM for their investment case.

The main section of the Pavagada solar park in the state of Karnataka, south west India

Further north, in the state of Rajasthan, Fortum was commissioned to build a 70MW solar field in 2017. The project was registered under the CDM on the same basis solar PVs were uncommon in the area.

Today, the plant has been engulfed by the 2.7GW Bhadla Solar Park– one of the world’s largest, covering an area half the size of Dublin.

The area around the 70MW CDM-registered Bhadla Solar power plant in the state of Rajasthan, northern India

CDM-backed wind projects in India follow a similar story. A recent study by the Center for Economic Studies at the University of Munich found that more than one in two projects it considered were not generating additional emissions cuts.

“Our study suggests that, despite good intentions, the CDM may actually have increased emissions,” the authors concluded.

“Is there value in buying these credits now? Absolutely not if I am concerned. There should not be in circulation. Period,” Sandeep Roy Choudhury, director of VNV Advisory, an Indian social enterprise that develops community-based projects for the carbon market, told Climate Home.

Choudhury argued that while renewable energy credits in India may have generated additional emissions cuts before 2012, this was no longer the case.

“I understand the value of offsets but there are better quality credits out there that would really benefit the world – this legitimises bad quality credits and is undermining a lot of our work,” he said.

These concerns are not new.

Martin Cames, a researcher at the Öko Institute in Germany, served as an executive board member to the CDM from 2012 to 2013. European members raised these concerns at the time, he told Climate Home, but lacked a majority to act.

Some representatives of the countries exporting credits, as he saw it, were more focused on the revenue stream than environmental integrity.

“It was considered to be a technical body but it was actually quite political,” said Cames. “Board members were mandated by their region and had different agendas.”

Comment: Nature restoration and carbon removal are not the same. Here’s why it matters

The most vocal defenders of the CDM have been those with credits to sell, but it takes two to make a trade. Who is buying?

So far, no government has declared plans to use CDM credits, but not everyone has ruled it out.

MJ Mace, who negotiated for the Alliance of Small Island States, told Climate Home that these old credits undermine ambition by letting polluters duck the hard work of reducing their own emissions.

“[Countries] don’t have to go and create an emission reduction if [they] can just buy one. It’s less effort,” she explained.

India, for example, is considering using some CDM credits as part of a domestic carbon market expected to launch next year.

An alliance of 36 vulnerable nations and European countries, known as the San José coalition, argued any use of carry-over credits would undermine global efforts to limit global heating to 1.5C. They have refused to use them towards their climate goals.

As long as CDM credits for pre-2021 emission reductions are issued, “they will have a market,” said Lambert Schneider, a carbon market expert at the Öko Institute and member of the CDM executive board. If not with governments, then with corporations.

So far, there are no restrictions on companies purchasing old CDM credits, even those older than 2013, to make carbon neutrality claims.

Some CDM credits can be bought under South Korea’s emission trading scheme. The aviation industry’s offsetting scheme Corsia has also allowed old credits to be purchased under its first pilot phase, with some restrictions.

Of the world's biggest publicly traded companies, 702 have set net zero emissions targets, according to the Net Zero Tracker database. That ambition is not yet matched with credible action plans, with two thirds of companies not meeting basic emissions reporting standards.

UN Climate Change is nurturing demand for the market and has a vested interest in doing so. For every CDM credit issued, it receives up to $0.2 to cover administrative expenses. A further 2% of revenues from issued credits go to the Adaptation Fund.

In 2018, the UN body issued a promotional video called “Keep calm and offset” - then retracted it after a backlash. Critics described it as mocking green lifestyle choices and promoting “junk” credits.

Since then, its support for the mechanism has been more subtle. Earlier this year, it teamed up with a blockchain-based exchange to sell old credits to companies on the voluntary market – to the surprise of some climate negotiators.

Franz Perrez, chief climate negotiator in Switzerland, described it as “clearly not in line with the ambition of Paris”. Janine Felson, ambassador for Belize and deputy head of the small island’s delegation at Cop26, told Climate Home that the move “didn’t square” with rules adopted at Cop26 in Glasgow.

A UN Climate Change spokesperson said this remained part of the organisation’s mandate and that “all [credits] under the CDM have undergone a three stage evaluation process to ensure each one represents a real, measurable, verifiable and attributable emission reduction”.

You can find the full dataset and an explanation of the methodology used here.