Asset management subsidiary DWS is under investigation for mislabelling investments as “sustainable”, in a case that could amount to investment fraud 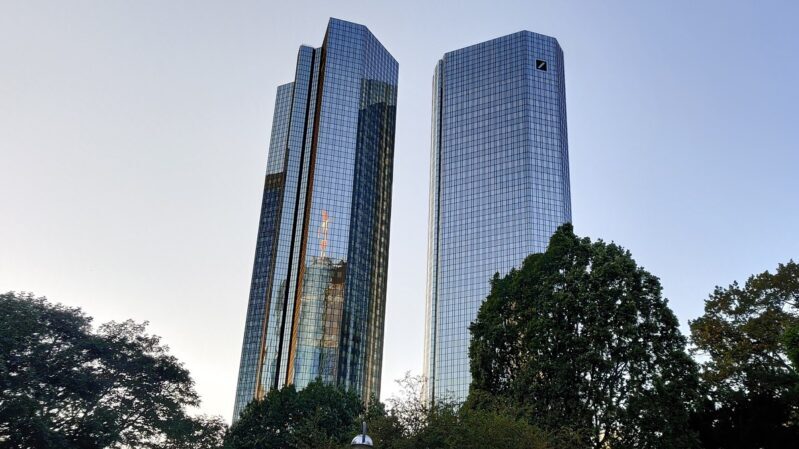 A raid on the offices of Deutsche Bank’s asset management subsidiary DWS over alleged greenwashing activities has shaken the company’s management and led to the resignation of CEO Asoka Wöhrmann.

Accusations regarding fraudulent investment practices had become a “burden” for himself and the company, Wöhrmann said. On 31 May, about 50 investigators searched the premises at DWS and parent company Deutsche Bank in Frankfurt am Main focusing on “unspecified” employees of the companies, public broadcaster ARD reports.

Financial supervisory authority BaFin said DWS had been investigated over greenwashing allegations since the beginning of the year to clarify whether the asset management company had tricked customers into buying financial products that were irregularly labelled as sustainable investments.

Dubious criteria setting and false reporting on progress in sustainable finance development could have been among business practices carried out by DWS, BaFin said after carrying out initial research on the accusations.

“Contrary to what was said in customer information leaflets, only a minority of DWS funds are managed along ESG [environmental, social, governance] criteria,” investigators said. Often, sustainable ESG factors did not play a role at all in investment decisions, they added.

Magdalena Senn of NGO Finanzwende said the raid and Wöhrmann’s resignation are indicative of a long-standing problem in sustainable finance. “Greenwashing is not a petty crime,” Senn said, stressing that it amounted to severe investment fraud if proven true.

She said the incident could become a “signal” to other asset managers. “Providers offering investments labelled as sustainable will now examine more closely whether their own criteria match their promises.”

Most of the money put into so-called sustainable funds in Germany is not invested in projects that differ significantly from conventional investment funds, Finanzwende found in an analysis in December. “The result is a devastating evaluation of the green investment boom,” the NGO said.

The analysed funds included shares in fossil fuel companies such as Shell, ExxonMobil and Total, or stakes in businesses criticised for their working conditions, such as Amazon, or even in the scandal-ridden German digital banking company Wirecard.

This article was produced by Clean Energy Wire and shared under a creative commons 4.0 licence.