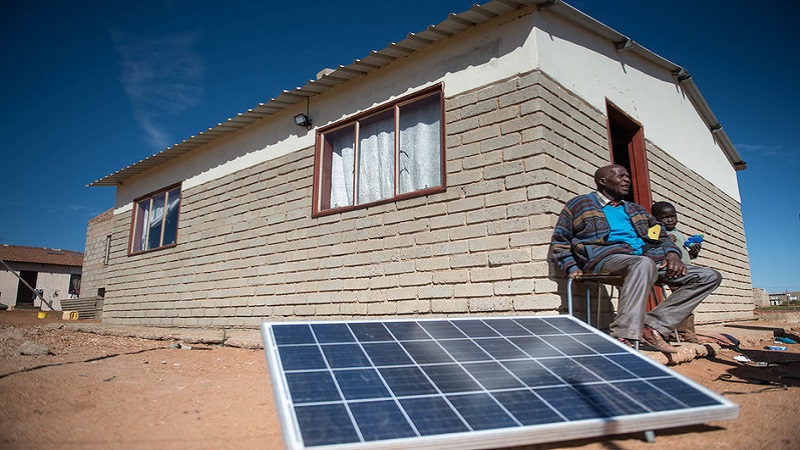 Developing country representatives on the Green Climate Fund (GCF) board have accused rich countries of setting an unfair precedent, by imposing a net zero condition to access climate finance.

An application from the Development Bank of South Africa (DBSA) to partner with the GCF was only accepted after the bank set a target to reach net zero emissions in its lending portfolio by 2050.

Representatives of rich countries had refused to accredit the bank in October, meaning it could not apply for project funding from the GCF, the UN’s flagship fund. One month later, at Cop26, DBSA committed to net zero by 2050 and at this week’s board meeting its application was unanimously approved.

France’s board member Stephane Cieniewski said the net zero commitment “was instrumental in securing the re-accreditation” while Sweden’s Lars Roth noted the pledge “with satisfaction”.

But developing country representatives said it was unfair to hold institutions in rich and poor countries to the same standards.

Egypt’s Wael Aboulmagd said: “I was hoping we wouldn’t have this conversation. We had this discussion before… I’m worried that we’re legislating on the fly, on the go.”

It is not official GCF policy to make accreditation conditional on a net zero target. “I worry that we are applying a precedent,” said Aboulmagd. “I hear the talk about net zero. That’s good. Let’s put it in the policies. But until then, we cannot create new conditions and impose them on entities on grounds that are not in the policies.”

Pakistan’s Nauman Bashir Bhatti agreed, adding: “I’m not sure that we have an agreed context of net zero here on this board.”

South African official Zaheer Fakir tweeted that developed countries had “abuse[d] their seats…to impose conditionalities on the reaccreditation of the DBSA that are not approved policies of the fund”. He accused them of “much grandstanding”.

The GCF was set up at UN climate talks in 2010 as a financing vehicle for developing countries’ climate action. It has since allocated more than $10bn to projects designed to cut emissions and support vulnerable communities cope with climate impacts.