Building the capacity to alert everyone in time to prepare for droughts, storms and flooding can prevent damage and save lives, at an estimated cost of $1.5 billion 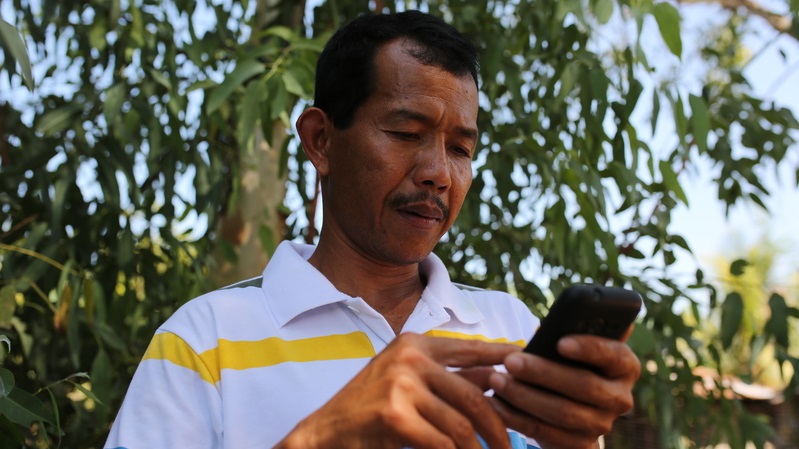 A farmer in the Philippines reads a message from the weather bureau (Photo: Greenpeace/John Novis)

Within five years, every person on earth should be protected by an early warning system from storms, heatwaves, floods and droughts.

That’s the target set today by the leaders of the World Meteorological Organization (WMO) and the United Nations (UN).

An early warning system is when metereological organisations use weather data to predict risks and pass warnings on to authorities and the public so they can prepare.

The WMO estimates it will require $1.5 billion in investment over the next five years, which will come mainly from wealthy governments. The WMO will unveil a plan to meet the target at the Cop27 climate summit in Sharm el-Sheikh, Egypt in November.

He added: “One of the highest returns on investment is reached by improving the weather, water and climate early warning services and related observing infrastructures.”

A senior UN official on a briefing call said it would be “challenging” to raise the money but the sums involved were “a mere rounding error of the $14 trillion mobilised by G20 countries over the last two years to recover their economies from Covid-19”.

The WMO estimates that one third of the world’s population is not covered by an early warning system.

This includes 60% of Africans, particularly in the continent’s poorest countries in central, west and east Africa. 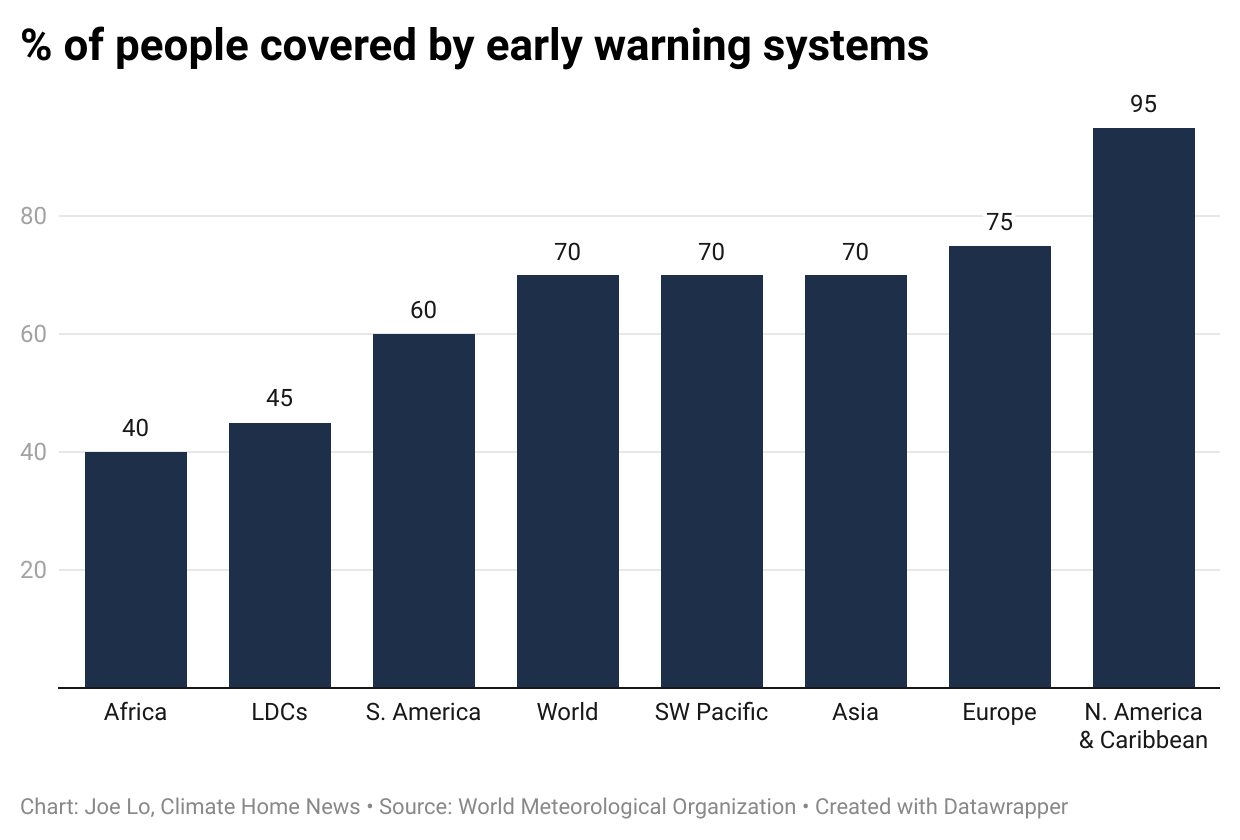 Many Africans are not protected by early warning systems. (Source: WMO)

Ephraim Mwepya Shitima is an adaptation expert from Zambia and chair of the African Group of Negotiators.

He told Climate Home it was “a very good target” as “early warning is critical to ensure steps are taken to reduce or minimise the expected impacts”.

He added that achieving the target would require “substantial support” in the form of money, technology, equipment and training for relevant staff.

David Smith is a Jamaican coastal engineer. He told Climate Home that Jamaica uses information from the National Hurricane Centre in Miami, USA, to give hurricane warning updates.

To make that information more useful, Smith said, there should be a map of the built-up shoreline and the storm surge limits which would result from various hurricane strengths and approach directions. This would show which areas of the Jamaican coast are under threat from specific storms.

He said this is a “large undertaking, usually done as part of a larger hazard, vulnerability and risk assessment” and would require “fiscal resources” to carry out.

A 2019 global commission on adaptation report found that early warning systems could provide a tenfold return on investment – the most of all the adaptation measures studied.

It found that just 24 hours’ warning of a coming storm or heatwave can cut the ensuing damage by 30% and that spending $0.8 billion on such systems in developing countries would avoid losses of $3-16 billion per year.