UK and European officials agreed with the Ugandan activist that victims of the climate crisis deserved their help, yet would not commit to providing finance 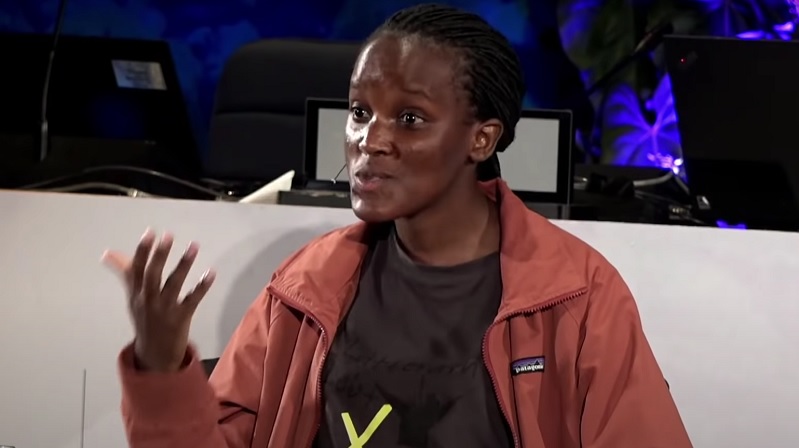 Ugandan climate activist Vanessa Nakate has confronted rich countries over their refusal to provide finance for victims of the climate crisis in the developing world.

At a side event of the UN Environment Assembly in Nairobi on Friday, Nakate asked several environment ministers in attendance: “Do you think that the people who are least responsible for the climate crisis and the ones that are suffering some of the worst crises deserve our help?”

She asked them to put their thumbs up if they agreed. Representatives of European countries including the UK and Belgium were shown doing so. 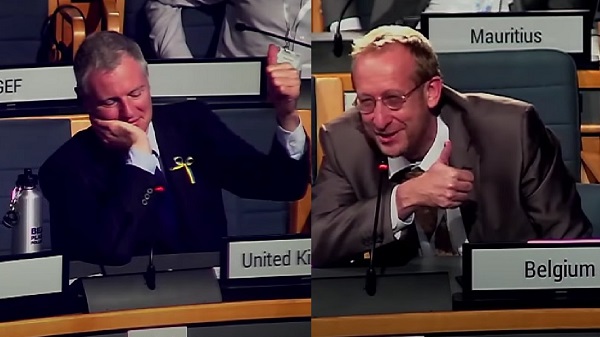 Then she asked: “Will your countries commit to providing money and funding loss and damage for those countries at Cop27?”

Although the United Nation’s cameras did not show ministers’ reactions, Nakate’s reply suggests none of them put their thumbs up this time.

“Now that’s where the problem is,” she said. “My first question is like your statements. You’re promising us. You’re talking about what you’re going to do.”

A spokesperson for German environment minister Steffi Lemke told Climate Home that she didn’t hear the question so “the fact that the minister did not raise her hand was therefore not a political statement”. A source with knowledge of the event told Climate Home Lemke approached Nakate after the event.

A spokesperson for Luxembourg’s environment ministry told Climate Home that “[Environment] Minister [Carole] Dieschbourg was invited to speak on ‘digitization’ at the leadership dialogue. Loss and damage was not really on the agenda”.

“The main priority is that funding is channeled to projects in the most efficient way possible,” they said. “We also have to think about time and efficiency when it comes of creating new facilities, it’s not only the financing issue.”

Industrialised countries have a collective target to finance mitigation (reducing emissions) and adaptation (coping with changing weather patterns) in the developing world.

As it became clear that some climate impacts were unavoidable, small island states led a push for a third category of finance for loss and damage.

For example, this could be support to rebuild from the trail of destruction left by Typhoon Rai in the Philippines in January, which killed over 400 people and caused at least $500m in economic damage.

Developing countries united behind calls for a loss and damage finance facility at Cop26, the last UN climate summit, but rich countries including US and EU members resisted.

“Rich countries, for the fear of unlimited liability, have ignored the calls for solidarity and cooperation towards people on the frontline,” he said, “and have blocked any meaningful discussion on the loss and damage finance.”

Mattias Söderberg, who advises on loss and damage at Danish Church Aid, agreed that it was a “wonderful statement by Vanessa and, as so many times before, so disappointing [a] response from the Global North”.

But both Singh and Söderberg thought that the European Union could change its position.

At Cop26, countries agreed to establish a dialogue on funding for loss and damage which would finish in June 2024.

‘They put a gun to my head’: Colombian anti-fracking activist tells of ordeal

“I assume [the] EU is reconsidering its positions on loss and damage right now,” Söderberg said. “The Cop26 decision was clear, and parties will now engage in a dialogue about loss and damage finance. [The] EU must step up”.

“I think EU can help break the deadlock,” added Singh.

“Accepting that loss and damage is a lived reality would mean accepting historical responsibility for climate impacts to an as-yet unprecedented level,” said Shawoo. “Without the much-needed political will… there is a risk that the upcoming Glasgow Dialogue to discuss loss and damage finance could be just a silencing tool – by giving the impression of progress, without any actual finance mobilised.”