Green buffers like mangroves are generally better for protecting coastal communities than concrete defences, although they are not always an option 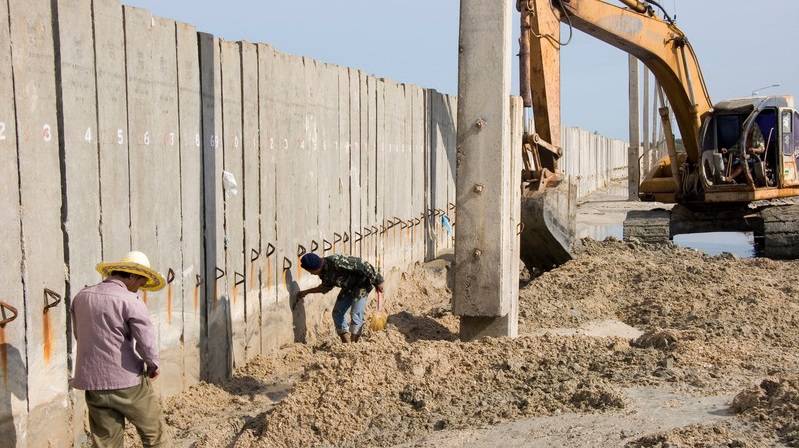 Using seawalls to protect against sea level rise and storm surges can be counterproductive, scientists warned in a major UN report this week.

The Intergovernmental Panel on Climate Change’s latest report has a new emphasis on “maladaptation”, when measures taken to adapt to the effects of climate change cause more problems than they solve.

While seawalls do protect coastal properties and beaches, they are expensive, damage wildlife, mainly benefit the rich and encourage risky building near the coast.

Experts around the world told Climate Home News that green buffers like mangroves are generally a better way of dealing with sea level rise than hard infrastructure like seawalls and levees, although they are not suitable for every location.

Melanie Bishop is an associate professor of marine ecology at Australia’s Macquarie University. “Hard engineering structures, such as seawalls, have historically been the primary approach to coastal hazard reduction,” she said.

“While these structures have in many instances effectively protected coastal assets from erosion and inundation, their use has come at considerable cost – not only in economic terms, but also environmentally and socially.”

A near-final version of the report summary, drafted by scientists and seen by Climate Home News, said that “seawalls reduce impacts to people and assets in the short-term but can result in lock-ins and increase exposure to climate risks in the long-term”.

After government representatives had their say during the approval plenary, this criticism was softened and the advantages of seawalls emphasised. The caveat “unless they are integrated into a long-term adaptive plan” was added into the final version and the word “effectively” was added before “reduce”.

Seawalls are also “inflexible and/or expensive to change,” the summary concluded.

Two sources with knowledge of the talks told Climate Home that European countries emphasised the benefits of nature-based solutions while India, China and small island states argued that all adaptation options should be on the table.

Seawalls’ price tags have sparked debates around the world over what should be protected and who should pay for it.

In California, tech companies like Google and Facebook have bought billions of dollars of properties next to San Francisco Bay. Due to sea level rise, the area is vulnerable to flooding during a storm surge.

To build a levee, Facebook will pay $7.8 million, while the nearby low-income community of East Palo Alto is chipping in $5.5 million, 13% of its annual budget.

Mark Lubell is an environmental science professor at the University of California. He told Climate Home: “There are equity and environmental justice issues. Seawalls are expensive. Poor communities with people of color have a harder time affording them, and poor communities in the Bay Area (and most parts of the world) are more vulnerable to sea level rise.”

US seeks to remove ‘losses and damages’ from scientific report

Due to their cost, seawalls are less common in the developing world. Anoka Abeyratne, director of Sri Lankan environmental consultancy Aayusha Global, said most of Sri Lanka’s seawalls are “not the type of large scale ones used in the US”.

She added: “Most are rudimentary with just rocks held together with wire mesh. These are used to save the sandy beaches from washing away.”

Unlike the 36-page summary for policymakers, the full 3,675-page report is not subject to line-by-line approval from governments.

It highlights seawalls’ ecological as well as economic cost, saying they “reduce the space available for coastal ecosystems”. 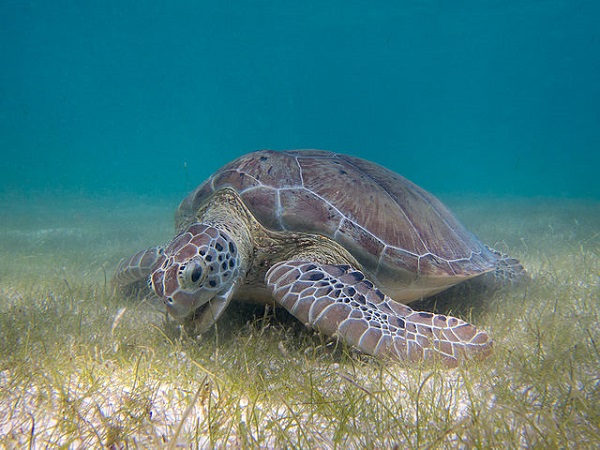 Walls on beaches can block animals like turtles off from reaching parts of the beach. According to the Sea Turtle Conservancy, turtles are forced to lay eggs nearer the water where their eggs are more likely to be washed out to sea.

Nature-based solutions like mangroves are a cheaper and greener way of blocking storm surges as they suck in carbon and provide a habitat for wildlife. However, planting mangroves is not always possible, particularly in urban areas.

Retreat from the sea is also an option. The report notes that the Fijian coastal community of Vunidogoloa collectively relocated to another site within their customary land.

But the report warns: “The availability of customary land for the new site was a key factor of success in this relocation example, although this will not guarantee success in every case as relocation may expose communities to new risks.” 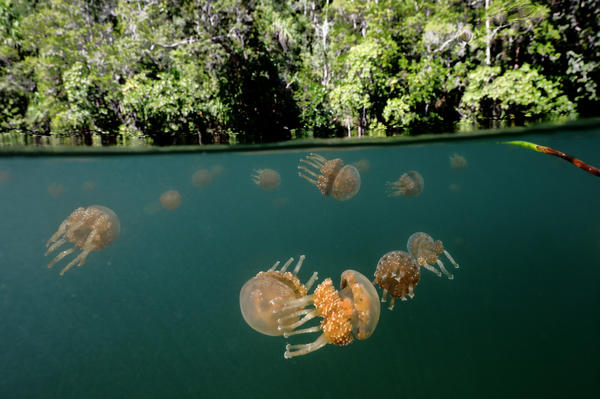 David Smith is a Jamaican coastal engineer working for Smith Warner International. He told Climate Home that, for many Carribean and other small islands, there is nowhere to retreat to.

In Barbados, he said, all the businesses and homes are by the coast. “Once you go into the mountains, they’re subject to landslides and much more difficult conditions for construction”, he added.

Smith said that many engineers are looking at combinations of green and grey infrastructure like a seawall with a belt of mangroves in front of it.

The community of Ebeye in the Marshall Islands has even less of an opportunity to retreat than in Barbados.

Ebeye is a strip of land around 300 metres wide with the Pacific Ocean on both sides. The Green Climate Fund is contributing $25m towards building a $60m 1.5km-long seawall.

Albon Ishoda, the Marshall Islands ambassador to Fiji and the Pacific Islands, told Climate Home that the IPCC report made valid criticisms of seawalls but that there are no other options for many atoll communities. 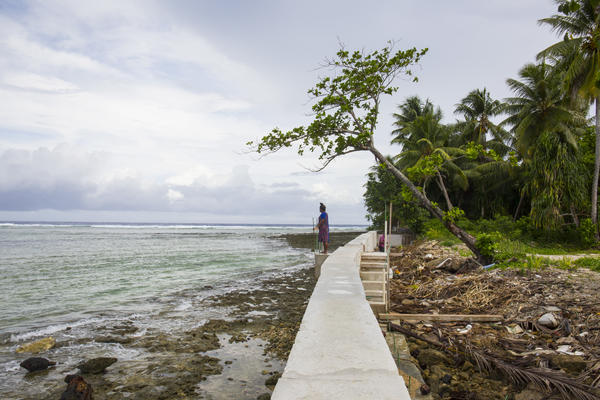 “Many times, people think we have options lined up,” he said. “The reality is we don’t, unless some benefactors are able to commit hundreds of millions for some hard adaptation that includes relocating people and raising islands, then perhaps seawalls will be the last option. Some of the places that national efforts have mobilized to create sea walls are critical.”

He added: “Sometimes, people think we can simply move inland. The fact is, as atoll nations, many communities rely on underground aquifers for water. Once that source of water is contaminated with salt water, plants and people will struggle to find fresh water for drinking.”