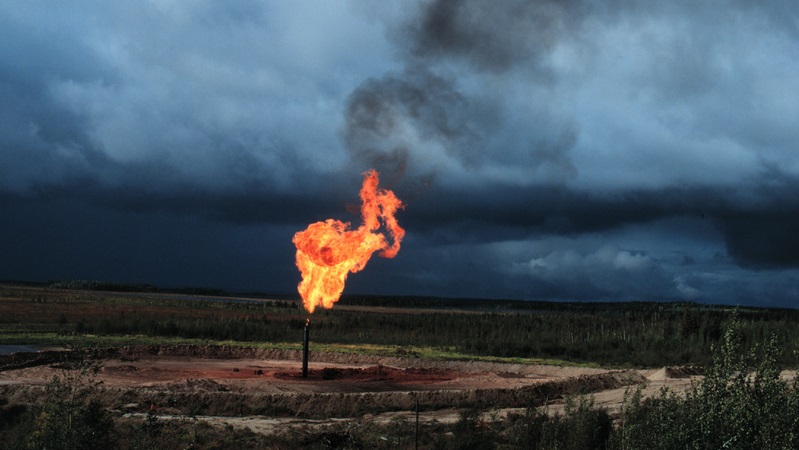 Ukraine’s deputy environment minister urged leaders to choke off support to Russian fossil fuel interests, in a speech to the UN Environment Assembly on Tuesday.

Speaking from the environment ministry’s basement bomb shelter in Kyiv, Roman Shakhmatenko told the Nairobi-based meeting: “For decades, a lot of leaders… have been using limitless and unstoppable fossil fuels.”

“Moreover,” he said, “this ignorance brought [the] rise of mad, of crazy dictators with a lot of money to kill people and destroy [the] environment.”

He sighed deeply before continuing: “With this in mind, I urge you please take joint action [to] withdraw all of the assets, all of the shares from Russian fossil fuel companies… because they’re using this money to kill people.” 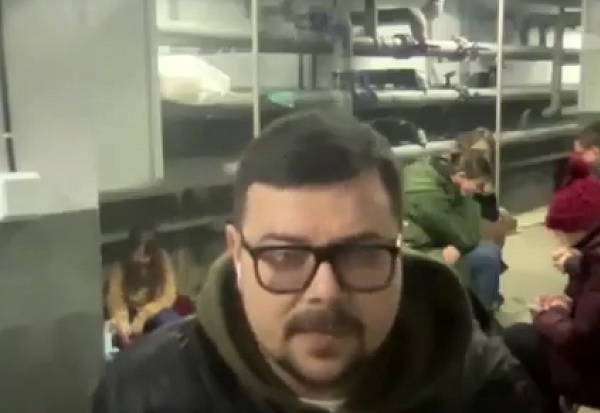 Since Russia’s invasion of Ukraine, western oil and gas majors have announced plans to divest from Russian oil and gas interests. The strength of their commitments varies.

Shell and Equinor have said they will end their joint ventures with Gazprom, BP has said it will exit its 20% stake in Rosneft, ExxonMobil has started to wind down operations and exit its far-eastern Russian oil and gas field and Eni has said it intends to sell its 50% stake in a gas pipeline linking Russia to Turkey.

French major Total Energies has only said it will halt new investments, not ditch its 19% stake in Novatek, which includes development of LNG in the Arctic.

Shell, Equinor and BP are minority stakeholders so operations will continue without them. Exxon is the majority shareholder and operator of the Sakhalin 1 oil and gas field.

Asked whether this would disrupt Russian oil and gas production, the energy lead for Ukrainian environmental NGO Ecoaction Kostiantyn Krynytsky told Climate Home it was the “million dollar question”.

“I think it can work in a package,” he said, with sanctions on Russian assets. He added that just a minor reduction in production would not be enough though, as the current war was financed by “business as usual” after Russia’s 2014 invasion of the Ukrainian region of Crimea.

Under attack: the Ukrainian climate scientist fighting for survival

In the long run, she said investment in renewables would make the EU “truly independent” because “every kilowatt-hour of electricity Europe generates from solar, wind, hydropower or biomass reduces our dependency on Russian gas and other energy sources” and that “means less money for the Kremlin’s war chest”.

The Commission is hastily rewriting its gas security strategy to emphasise replacing Russian supplies from alternative sources. The draft proposal would also require member states to fill gas storage ahead of next winter and speed up permitting for new wind and solar farms.

A Bruegel analysis found it was possible for Europe to get off Russian gas without increasing coal or oil use.

In Europe, Russia’s biggest customer for gas is Germany. Berlin is drawing up plans to reduce the country’s use of Russian gas, mainly through green measures. Finance minister Christian Lindner has labelled renewables “freedom energy”.

In the short term, the German government plans to target LNG from non-Russian countries, roll out heat pumps and non-gas district heating and ramp up renewables. This will require training programmes for heat pump installers as well as cash for investment.

It may also postpone closures of coal-fired power stations, with Green economy minister Robert Habeck saying energy security comes before climate action right now. But there is no indication that the government would abandon its plans to phase out coal-fired power by 2030.

Nuclear plant closures are unlikely to be postponed, Germanwatch analyst David Ryfisch told Climate Home, as the decommissioning process has started and there are doubts as to whether it can safely be reversed.

While there is strong demand for gas from Asia, it would not be easy for Russia to reroute sales as its gas is mainly produced in western Siberia and linked to Europe by pipelines.

On Wednesday, Russian oil was trading at a discount of more than $18 a barrel below the market rate, with buyers wary of reputational or legal risk.

The Center for Strategic and International (CSIS) energy researcher Ben Cahill said that Asia could not easily replace European markets for oil either. Around 60% of Russia’s oil exports go to OECD Europe while 20% go to China.

Cahill told the CSIS podcast: “It’s a significant exporter to both markets. It’s the critical supplier to Europe. So can they replace Europe as a customer for crude oil products? No they can’t”.

“This is the end of Russia as an energy superpower”, added Cahill’s colleague Nikos Tsafos.