Adaptation finance, nature-based solutions and solar geoengineering were among the contentious topics that sent IPCC talks into overtime 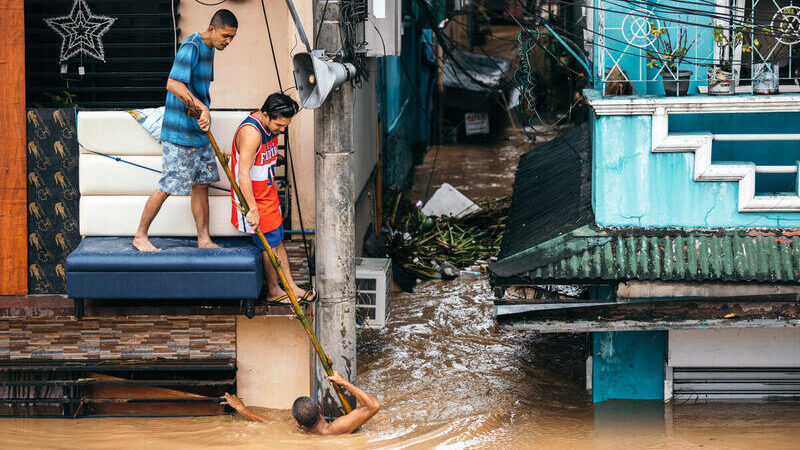 Negotiations over how to summarise the science of climate impacts for the latest UN bombshell report were dogged by tense disagreements between rich polluters and at-risk nations, Climate Home News can reveal.

Adaptation finance, nature-based solutions and solar geoengineering were among the most contentious topics as online talks at the Intergovernmental Panel on Climate Change ran into overtime on Saturday.

Sources monitoring the two-week discussions, which are closed to media, said that a group of developed nations including the US, Germany, France, Spain, the Netherlands and Norway pushed for key phrases and figures to be removed from the summary for policymakers (SPM).

These include the US seeking to replace the mention of adaptation finance with “investment” and pushing for greater emphasis on the role of the private funds. The government representative objected to putting a percentage range on the amount of global tracked climate finance that had gone to adaptation. Scientists had expressed “high confidence” in the proposed 4-8% range, which came from analysis by the Climate Policy Initiative.

Developing countries, led by India, reportedly stood their ground and the term “finance for adaptation” appears in the final SPM, albeit without concrete figures.

“The Biden administration is not only shutting their eyes to the reality of the climate crisis – they’re trying to blindfold the rest of the world too,” said Teresa Anderson, climate policy coordinator at ActionAid International.

“They appear to wear a badge of climate leadership, while doing all they can to block those most in need from getting help. It’s dishonest and utterly shameful.”

Observers said that developed nations lobbied hard for references to the benefits of “nature-based solutions” (NbS) – projects such as conservation and tree-planting – to be included in the summary. This prompted pushback from several countries, led by South Africa.

The term is seen by some as deflecting responsibility away from burners of fossil fuels. It appeared in a main paragraph of the draft SPM, but in the final version it has been relegated to a footnote, stating: “The term is the subject of ongoing debate, with concerns that it may lead to the misunderstanding that NbS on its own can provide a global solution to climate change.”

The concept of “overshoot” – temporarily exceeding temperature caps before cooling off later this century – also provoked intense debate. An attempt by vulnerable nations to include reference to the Paris Agreement temperature goal of 1.5C in the heading of the overshoot section failed.

And, at China’s insistence, a footnote appears in the final SPM qualifying that there is limited evidence on the impacts of temporary 1.5C overshoot.

According to sources monitoring the talks, the US stood alone in seeking to keep a draft paragraph referencing solar radiation modification (SRM), carbon dioxide removals (CDR) and carbon capture and storage (CCS) as a single block.

Other countries pushed to separate SRM, which could cool the planet but does not address the underlying cause of heating – that is, levels of greenhouse gases in the atmosphere.

Sources said the US “aggressively fought” for a “balanced” statement that took five hours of side huddles at the virtual talks to resolve. When it became clear that SRM would be separated from emission reduction and carbon sequestration options, the US sought to drop the mention of SRM altogether due to the focus on its risks.

The final SPM states that SRM would “introduce a widespread range of new risks to people and ecosystems, which are not well understood”.

Several developing countries rejected draft phrasing which portrayed migration as an option for adapting to climate impacts, and the link was dropped in the final summary. They also pushed successfully for a mention of “past emissions”.

This article was amended after publication to clarify that the 4-8% adaptation finance share was of global tracked climate finance from public and private sources, not exclusively flows to developing countries.