The tourism ministry has imposed a floor price for rooms in Sharm el-Sheikh which is several times their usual costs, prompting fresh concerns over participation at Cop27 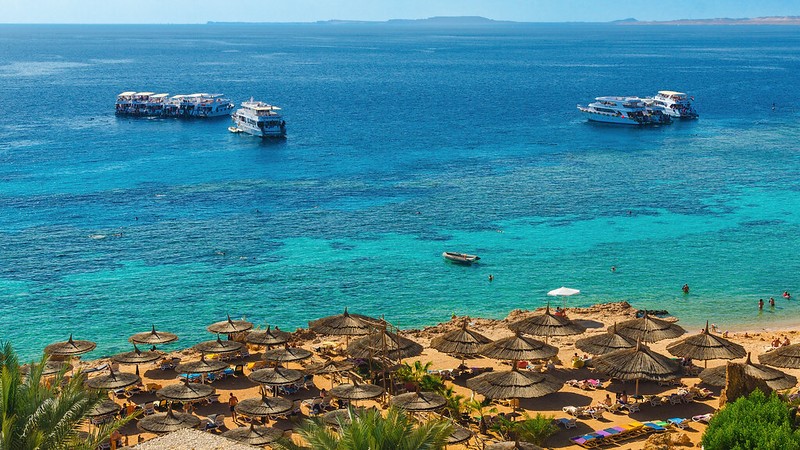 The participation of activists and low-income country delegates risks being restricted again at this year’s climate talks amid hiked-up hotel prices and the absence of engagement with green groups, campaigners have warned.

The Cop27 climate talks are due to take place in the beach resort of Sharm el-Sheikh from 7-18 November.

Civil society groups hope the summit, which is expected to spotlight adaptation and resilience, can give a voice to millions of Africans on the frontlines of the climate crisis. But high accommodation costs and concerns over Egypt’s human rights record threatens diverse participation, they warned.

The tourism ministry has established a list of minimum prices hotels should charge for rooms in Sharm el-Sheikh during the UN climate conference.

A letter from the Egyptian Hotel Association to hotels in Sharm el-Sheikh, seen by Climate Home News, sets a price of at least $500 per night for a room in a five-star hotel – nearly five times the usual cost. Rooms in four-star hotels won’t go for less than $350 per night and $120 per night is the floor rate in two-star institutions. One early booker was told they would have to foot a bill of $700 a night.

One Egyptian climate campaigner, who preferred not to be named, told Climate Home News the government was likely seeing an opportunity to capitalise on the summit. “It is indicative that inclusion is not within the government’s priorities or maybe even nor on their agenda,” he said.

High accommodation prices during climate talks are not new. During the Cop26 summit in Glasgow last November, prices reached prohibitively expensive costs for many delegates.

Tasneem Essop, executive director of Climate Action Network International, told Climate Home that Cop27 should not see a repeat of the exclusion civil society participants experienced at Cop26 because of logistical challenges.

“We do not want a situation where participants, particularly from civil society and those from developing countries, are excluded from being at a UN climate summit simply because of exorbitant costs,” she said. Accommodation and logistical arrangements should be “affordable for a wide range of participants”.

In the letter, the Egyptian Hotel Association states that 25% of hotel room revenue after tax will be “allocated to the Cop27 conference”. One hotel manager told a customer in an email, seen by Climate Home, that the government would take about 50% of the price of the room, including tax.

Ahmed Saba, an Egyptian journalist and climate campaigner, said that hotels in Sharm el-Sheikh had gone through a difficult time over the last two years because of the absence of international tourists caused by the pandemic and damages to infrastructure from torrential rains and flooding.

The hotel tax could further help finance plans to turn the resort into a “green city” in time for Cop27, he said.

For Mohamed Kamal, co-director of Greenish, an Egyptian social enterprise focusing on environmental education, the cost of accommodation is dwarfed by broader concerns over civil society participation.

“It’s still incredibly unclear what are the entry points for engagement with independent, non-state sponsored civil society in Egypt. The fact is, barely any Egyptian civil society is registered with UN Climate Change and our attendance is still largely tentative.”

Prison, party mansions and a naval base among urban areas India claims as ‘forest’

Giza Gaspar Martins, a climate negotiator from Angola, said high accommodation prices had always restricted African participation at the climate talks but that he never heard of a minimum price-setting scheme.

“A maximum price scheme will however be necessary” to ensure inclusive participation, he said.

The International Institute for Environment and Development (IIED) supports low-income countries attending UN climate talks. Its director, Andrew Norton, wrote on Twitter that the new accommodation rates will unlikely by a problem for corporate delegates, but that “there could be threats to the presence of developing country negotiators”.

The director of a tour operator contracted by one European climate delegation to book accommodation in Sharm el-Sheikh, who preferred not to be named as discussions on contracts for rooms are ongoing, described the latest price list as “scandalous”.

The minimum rate for a single night in a room in a five-star hotel in Sharm el-Sheikh during Cop27 will exceed rates paid by this European government at any other Cop, he said.

“This is very far from the prices usually on offer in Sharm el-Sheikh. There was a sense that the Cop in Egypt would be more open and affordable than what happened at Cop26 in Glasgow. That is not the direction this is taking.”

The tourism ministry didn’t respond to a request for comment. A spokesperson for Egypt’s climate ministry said it wasn’t aware about the increase in room rates but that a working group will organise the conference “with the highest possible efficiency”.

On Monday, the Egyptian government and the US State Department launched a working group to prepare for the climate summit.