British research sheds light on why Indonesia might have cut ties with donors, finding that funds were inadequate to compete with palm oil sales 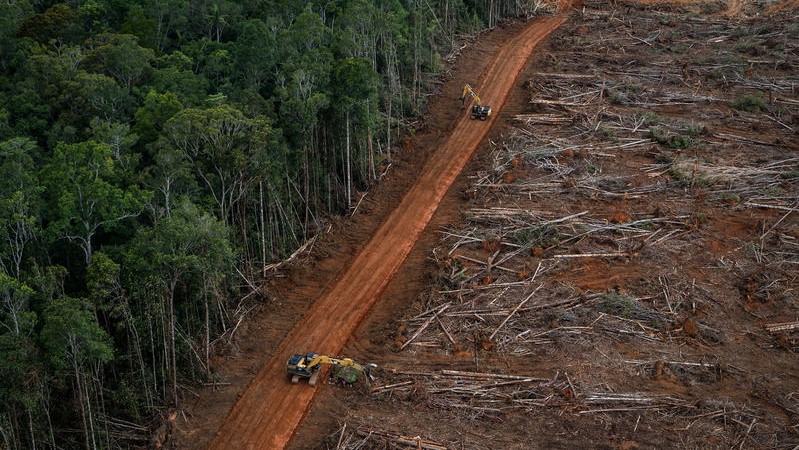 Norway’s scheme to reduce emissions from deforestation in Indonesia made only a tiny dent in meeting the nation’s climate target – but the forest nation deserved to have been paid more for it, a study has found.

In 2010, Norway signed a $1 billion payment-by-results deal with the Indonesian government for curbing its emissions by conserving peatlands and forests.

To achieve this, Indonesia agreed to a moratorium on new oil palm, timber, and logging concessions in primary and peatland forests.

Researchers calculated that the moratorium prevented between 68 and 87 million tons of carbon from being released into the atmosphere – more than Norway’s assessment but only about 3-4% of the emissions cuts Indonesia has committed to achieve by 2030 under the Paris Agreement.

Lead author professor Ben Groom, who researches biodiversity economics at the University of Exeter Business School, told Climate Home News:  “If Indonesia was going to be paid for the carbon emissions that it prevented, then Norway would have had to come up with a lot more money than it did.”

But Groom and his co-authors suggest that the scheme’s modest results mean Indonesia is unlikely to meet its 2030 climate target since more than half of the emissions cuts needed to meet it are due to come from the forestry sector.

Indonesia is home to the world’s third largest span of tropical rainforest. The encroachment of logging and plantations on that forest has made it responsible for 4% of historical emissions – the fifth largest share of any country.

From 2010 to 2016, when deforestation spiked, Indonesia was responsible for around a quarter of global emissions. The agreement with Norway aimed to reverse this trend. But forest cover continued to decline both inside and outside moratorium areas during that time, the study found.

In September, the Indonesian government abruptly ended the decade-long funding agreement after delays and setbacks over a first payment of $56 million for reducing emissions from deforestation in 2016-17.

Researchers estimate that over the period 2011-17 the moratorium was more effective than Norway’s calculation suggests.

Norway’s performance assessment used the average deforestation rates for the whole of Indonesia rather than just the moratorium area, which Groom and his colleagues argue wasn’t an accurate or rigorous measure of whether the programme was effective.

Instead, they set out to assess the effectiveness of the scheme between 2011 and 2018 by comparing deforestation rates inside and outside of the moratorium area using satellite data.

The study published in the Proceedings of the National Academy of Sciences found that dryland forest covered by the moratorium had on average 0.65% higher forest cover than forest areas in the rest of the country. The moratorium had “no meaningful impact” on peatland loss.

It suggests that despite the moratorium, “deforestation has continued largely unchecked”.

Based on their calculation and when applying Norway’s price of $5 per tonne of avoided carbon emissions, they concluded that the forest nation deserved a payment between $340-435m.

Instead, Indonesia received the equivalent of $1 per tonne of carbon emissions it prevented, the study found.

Groom said this was “incredibly cost effective” for Norway but could be seen as unfair towards Indonesia.

While “there should be more efforts like Norway’s in the world,” Groom said the price of a tonne of avoided carbon emissions should be much higher and reflect the opportunity cost of not being able to grow palm oil on the land.

“Maybe perceptions of fairness were driving the failure in this otherwise positive bilateral arrangement.”

The Norwegian government did not respond to Climate Home’s request for comment.