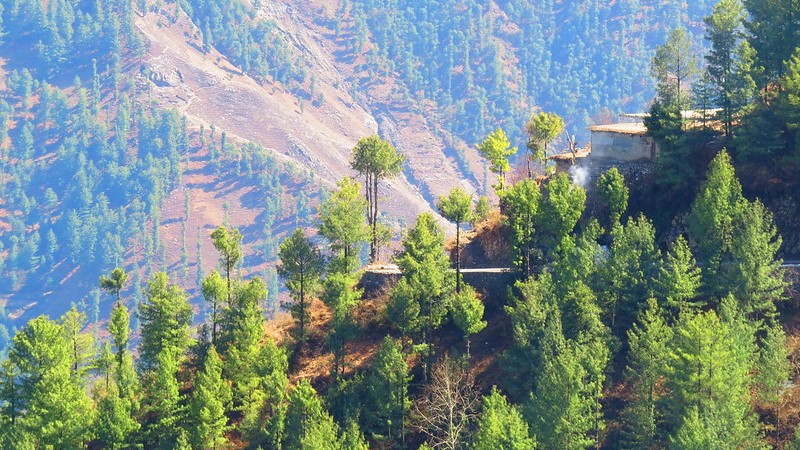 Five WWF employees have died in a car accident in Pakistan while on their way to monitor a forest protection scheme.

The forestry experts died when their vehicle plunged into a deep ravine in Galiyat range in the early hours of Wednesday. They were travelling to Nathiagali, a town nestled among mountains and thick forests in the province of Khyber Pakhtunkhwa, in northwest Pakistan.

A spokesperson for WWF Pakistan told Climate Home News the organisation had been “deeply affected by this tragic incident”.

“We have lost young and passionate environmentalists and a senior forester who had been associated with the organisation for years. For many of us, this loss is deeply personal. We are still struggling to come to terms with the sudden loss of these precious lives and our thoughts are with their families.”

It is with great sorrow that we inform you that five of our friends and colleagues, who were en route to Nathiagali from Abbottabad, tragically passed away in a car accident earlier today. We would like to express our heartfelt condolences and grief. May God keep us all safe.

The employees were going to inspect a forest which is part of a World Bank-funded scheme to reduce emissions from deforestation and forest degradation, known as Redd+.

Climate minister Malik Amin Aslam paid tribute to the victims of the tragedy on Twitter, saying: “May Allah bless their souls.”

A Twitter user identifying himself as Anis replied: “Heart broken for us. Being a part of WWF we are unable to express our feelings at this tragedy… They were the real heros who were on way to save mother earth for our future.”

“Extremely tragic news. We from KP Forest & Wildlife Department are indeed grieved on this tragedy,” said Abid Majeed, an official at the Khyber Pakhtunkhwa government.

Prime minister Imran Khan has made forest protection a key part of his presidency. His “10 billion tree tsunami” programme aims to plant 10 billion trees across the country and restore more than a million hectares of forest.

The programme aims to increase resilience to climate impacts like extremes of rainfall, while absorbing CO2 from the atmosphere and creating jobs.