The Glasgow pact calls on countries to improve their 2030 plans next year but the Cop26 host’s goal is already in line with 1.5C, the Climate Change Committee says 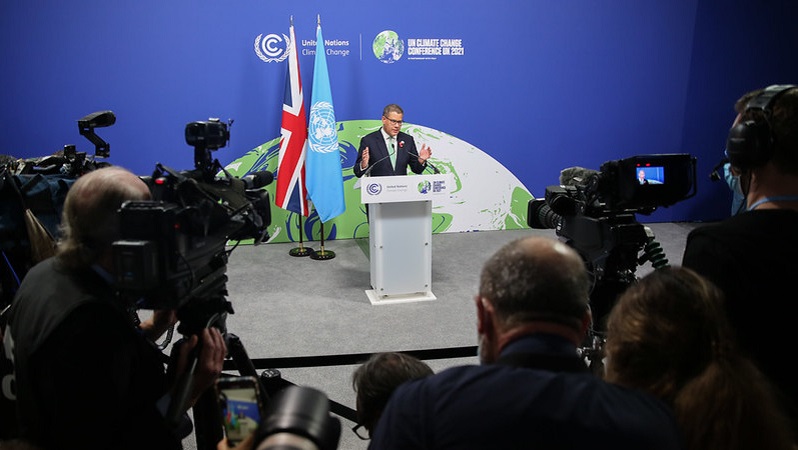 The UK government does not need to submit a more ambitious 2030 climate target next year in response to the Glasgow Climate Pact, according to its independent climate advisors.

The UK’s Climate Change Committee (CCC), the government’s official climate advisory body, said that the UK’s 2030 carbon-cutting goal is already in line with the Paris Agreement.

In a 33-page assessment of what the UK should do at home and internationally to deliver on Cop26 promises, it said that the government should instead focus on delivering on its commitments and “reinvigorate” its diplomatic efforts to support other countries in raising ambition.

The Glasgow deal “requests” countries to “revisit and strengthen” their 2030 targets to align with the Paris Agreement goals of limiting global heating well below 2C and pursuing efforts to 1.5C by the end of 2022 in a bid to put the world on track to meeting the goals this decade.

But the UK’s efforts should be focused on delivering its net zero strategy rather than “inflating the gap between ambition and implementation,” the CCC found.

Commenting on the findings on Twitter, the committee’s CEO Christ Stark said some have called for the UK to put forward a tougher 2030 NDC.

“In our view the UK already has one of the most ambitious 2030 emissions targets in the world, designed on a 1.5C pathway. What the UK *doesn’t* have is all the steps in place to deliver it,” he said.

Climate Action Tracker judges the UK’s domestic carbon-cutting target to be in line with a lowest-cost global 1.5C pathway, but agrees that its policies and actions fall short.

Under an alternative model that gives more weight to historic responsibility for causing the climate crisis, CAT finds the UK’s plan is “insufficient” with “inadequate” climate finance provision to the developing world.

Earlier this year, the CCC warned the UK was not on track to net zero and that it needed to “get real on delivery”.

In its post-Cop26 report, it said it was “important for the UK to demonstrate its support for more global action to 2030 by strengthening its policy to deliver its existing 2030 target”.

This could mean setting stronger adaptation commitments backed by quantitative targets, developing sectoral net zero plans and ruling out the use of international carbon offsets.

Citing CAT analysis, the CCC singled out Argentina, Australia, Brazil, China, India, Indonesia, Mexico, Russia, Saudi Arabia, South Korea and Turkey as G20 countries with 2030 targets that are not aligned with the Paris goal. They are the ones that should come back with more in 2022, it said.
Australia and the EU have already said they won’t strengthen their targets next year.

Internationally, the CCC urged the UK to continue to encourage ambitious action to rapidly curb greenhouse gas emissions this decade and strengthen adaptation by using all its diplomatic channels.

“The UK must not walk away after Cop26,” said the committee’s chair Lord Deben. It recommends the government:

UK lead climate negotiator Archie Young said the focus of the Cop26 presidency over the next year would be on implementation and helping others step up their ambition.

While Cop26 has laid out “ground for optimism… the proof will really be in whether parties and all actors across society step up to deliver,” he told Climate Home News in an interview.

“The important task for everybody is to look at what’s been agreed in the Glasgow climate pact: that people look at how they can strengthen all of their climate plans. That will look different in different places. But that has to be one of the focuses for the next year,” he said.

Part of the job will be transposing sectoral commitments made in Glasgow, on cars, coal, methane and ending deforestation, into national climate plans. “Hopefully that can then lead to enhanced ambition,” he said.

All of the UK’s diplomatic missions are engaged with this effort, Young said.

He added that the UK was “determined” to support Egypt as the incoming Cop27 presidency, including by “giving them the support and the space also to determine how they will take forward the negotiations for Cop27”.