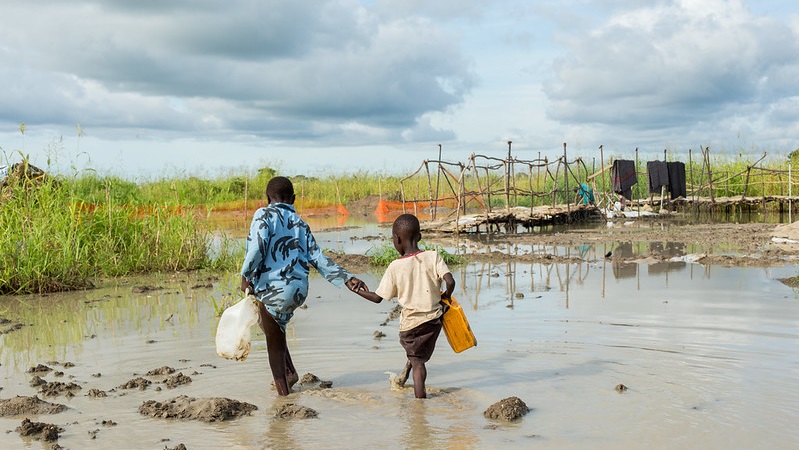 The UK government is pushing donor countries to increase their climate finance pledges, so they can show how and when they will collectively deliver an overdue target of $100 billion a year.

With less than three weeks until the UK hosts a critical UN climate summit in Glasgow, it remains unclear where the money will come from to plug a $20bn shortfall. Hitting the threshold, originally promised by 2020, is critical to trust in the process from poorer nations.

In a speech in Paris on Tuesday setting out the expectations for Cop26, president-designate Alok Sharma said delivering on the $100bn pledge was “an absolute priority”.

“Based on the conversations I have had, I am hopeful that more countries will make commitments,” he said, adding that “thinking about this does keep me awake at night”.

German top environment official Jochen Flasbarth and Canadian environment minister Jonathan Wilkinson have been tasked with producing a roadmap for meeting the 12-year-old pledge before Cop26 starts on 31 October.

A spokesperson for Germany’s environment ministry told Climate Home News that the report is “still a work in progress” and a final release date or publication plan hasn’t yet been defined. A source close to the process said the roadmap could be released at the end of next week.

It is expected to set out the year when donor countries will reach the $100bn threshold based on their latest finance pledges.

In a letter sent to all donor countries on Wednesday and seen by Climate Home News, nearly 150 organisations from more than 40 countries told rich nations they should mobilise $600 billion in total between 2020 and 2025 – hitting higher annual figures by the end of the period to make up for earlier shortfalls.

Rich nations were $20bn short of the target in 2019, according to the latest available data analysed by the Paris-based OECD. While the final analysis for 2020 is not yet available, analysts doubt the goal was met last year.

“And it may not be met in 2021 either,” campaigners wrote to governments.

“Success at Cop26 depends in large part upon a successful climate finance package. It is time to prepare a serious delivery plan which fully delivers on your past commitments and allows you to come to Glasgow with renewed trust. We will not be in a position to welcome less,” they warned.

Recent commitments, including a pledge by Joe Biden to double the US’ contribution to $11.4bn a year by 2024, have put donor nations “within touching distance of the $100bn,” Sharma said in Paris.

Sweden announced on Wednesday it would double its finance commitment to SEK 15 billion ($1.7bn) by 2025.

Italy, which hosts the meeting of G20 major economies, is expected to raise its contribution at a leaders’ summit two days before the start of the Cop26 talks. And sources told Bloomberg that Spain and Norway could announce new money soon too.

The OECD is helping Germany and Canada crunch the numbers and commitments made by multilateral banks and the private sector could further narrow the remaining gap.

At stake is not only how much climate finance rich nations are committing to deliver, but how they intend to do so.

In recent years, the share of loans, rather than grants, grew from accounting for half to nearly three quarters of climate finance. Campaigners oppose the use of loans because it drives vulnerable countries deeper into debt.

In their letter, campaigners said that the $100bn roadmap needs to show how donor countries will achieve a 50/50 balance between funds for cutting emissions and adapting to existing climate impacts by 2025. In 2019, only a quarter of climate finance went to adaptation.