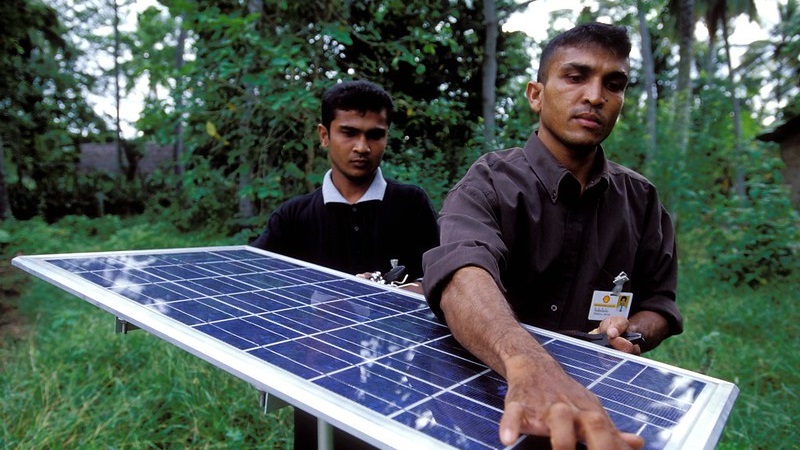 Sri Lanka will stop building coal-fired power plants and double the share of its electricity from renewables by 2030, according to the government’s latest climate plan.

In 2019, the Indian Ocean island got 35% of its electricity from renewables, mainly from hydropower. By 2030, it wants to increase that figure to 70% by facilitating investment in rooftop solar power.

The island’s single 900MW coal power station, built with Chinese backing in 2006, meets around a third of electricity demand. Controversial plans for a second coal plant, to be financed by India, were shelved in 2016 after environmentalists filed a legal challenge.

Ruling out further coal power contributes to a target to cut Sri Lanka’s greenhouse gas emissions 4% from business as usual by 2030 with national investment and up to 10.5% with international support. The government aims to have a carbon neutral electricity generation system by 2050, according to the document submitted to UN Climate Change last month.

Mohammed Nasheed, former president of the neighbouring Maldives, welcomed the plan. He tweeted: “Great climate leadership by [President Gotabya Rajapaska] who steers Sri Lanka away from coal to renewables.”

Sri Lanka currently gets its electricity from coal, oil and hydropower (Photo: IEA)

The government is encouraging Sri Lankans to install rooftop solar power by offering loans with at most a 4% interest rate. This scheme is funded by a $50m loan from the Asian Development Bank (ADB).

Anoka Abeyrathne, director of Colombo-based sustainability advisers Aayusha Global, told Climate Home News: “These solar energy schemes have been implemented across industrial parks as well including large scale roofs and households. This makes financial sense for both corporates and households as the costs for energy is greatly reduced. In addition, solar power buy-back to the grid is encouraging more people to install solar systems as an additional revenue system as well.”

On the other hand, Colombo University lecturer on debt and development Umesh Moramudali said these solar projects were “not at a large scale”. The ADB says this project is expected to reduce the country’s greenhouse gas emissions by 66,800 tCO2 annually. That’s around 2% of Sri Lanka’s total annual emissions.

Vositha Wijenayake, executive director of the SLYCAN Trust think tank, told Climate Home News that the grid needs to be made more stable so it can absorb renewable energy at a high rate.

Sri Lanka only has one 900MW coal-fired power plant. Its official name is Lakvijaya but it is commonly known as Norocholai after the west coast village which hosts it. Since its construction in 2006, the Chinese-built plant has faced protests. Abeyrathne said the plant has polluted water, the fumes have damaged local residents’ health and that ash has damaged nearby farmers’ produce.

Sri Lanka’s desire to transition away from coal is partly driven by a desire for energy independence. The country produces no coal or oil.