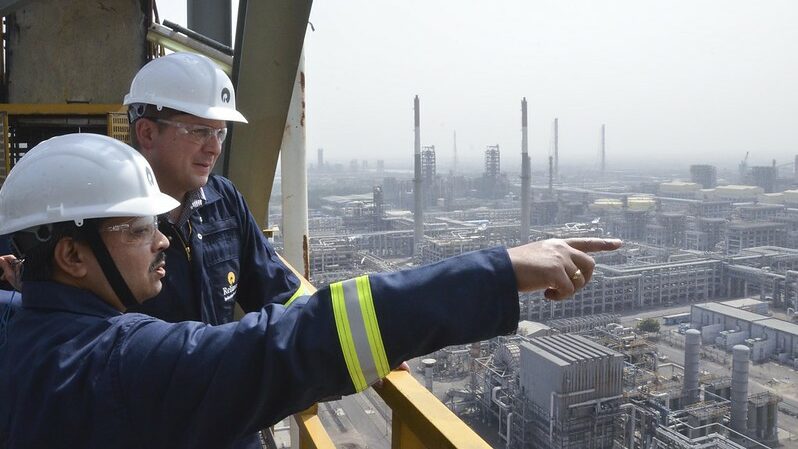 The home of the world’s largest oil refinery complex is set for a cleantech boom. Indian conglomerate Reliance Industries has announced that it will invest $10 billion in clean energy over the next three years in Jamnagar.

Reliance said on Thursday that it would build four “gigafactories” to manufacture solar panels, electric batteries, green hydrogen and hydrogen fuel cells on a mass scale in Jamnagar, western India, as part of its New Energy mission to achieve net zero emissions by 2035.

“Let me tell you, in all humility, that New Energy is the most exciting, most challenging and most purpose-driven mission I will be pursuing in my life,” he said, adding that the company has started developing the green energy complex on 5,000 acres in Jamnagar. This area is equivalent to nearly 3,000 football pitches.

Analysts welcomed the announcement which they said marked a major shift in policy for one of the world’s largest oil refiners.

“It signifies the post-pandemic private investment shift towards clean energy,” Swati D’souza, research lead for climate action at the National Foundation for India, told Climate Home News. “This announcement is a sign of a good diversification strategy.

“Reliance Industries is the biggest private refiner in India and the announcement shows a definite shift in priorities for the company since oil and gas has been its bread and butter,” said D’souza. The development would spur the creation of green jobs, she added.

Sunil Dahiya, from the Centre for Research on Energy and Clean Air, told Climate Home News that it was encouraging to see Reliance realise the potential of renewable energy, but said it still planned to continue investing in oil and gas.

“This is definitely a good step for renewable energy development but not enough, particularly looking at the repercussions we are seeing of damaged environmental quality, health impacts and climate change catastrophes,” Dahiya said.

“We are at a stage where big corporations have to cut their absolute emissions through clearly stated policies of moving away from fossil fuels and we haven’t seen that happening,” he said.

India is on track to exceed its target of delivering 450GW of renewable energy by the end of the decade but it continues to expand its coal capacity. The world’s third largest emitter after China and the US, India has so far resisted setting a more ambitious 2030 goal, despite mounting international pressure.