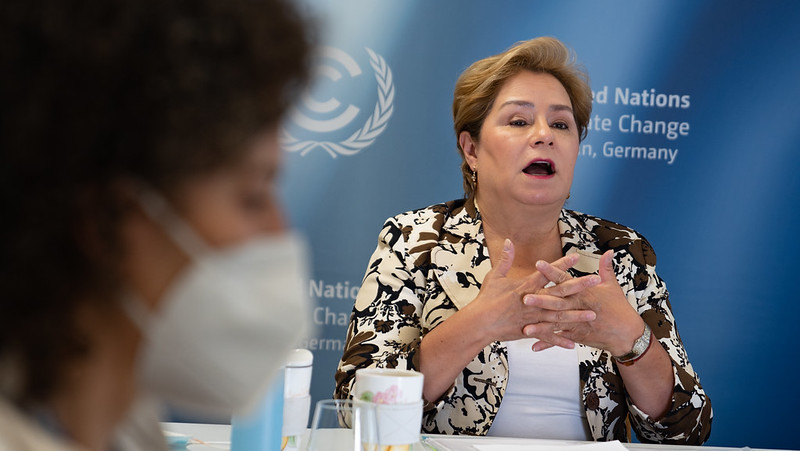 Preparatory online talks ahead of the Cop26 climate summit ended in stalemate on Wednesday, with little sign of a landing ground on the last unresolved issues of the Paris Agreement.

While the session wasn’t derailed by the novel online format, talks were tedious and exhausting for climate negotiators, who worked at all hours of night and day during the three-week session.

The extended talks were not enough to narrow down points of contention on the overdue Paris rulebook, which countries are expected to finalise at Cop26 in Glasgow, UK, in November.

Talks on carbon markets, transparency and aligning countries’ climate plans to cover a common time period of 5 or 10 years all reached “stalemate”, a senior climate diplomat told Climate Home News. The discussions are due to be taken up by ministers, in the hope of finding compromise.

“Overall, I’ve seen some progress on the less contentious issues but it seems to me that the mindset of engagement will need to change if progress on difficult issues is to be achieved this year at Cop26,” Tosi Mpanu Mpanu, chair of the subsidiary body on science and technology, told the closing plenary on Thursday.

UN Climate Change head Patricia Espinosa told reporters that, while her assessment of the “very intensive” talks was overall positive, “in many cases, divergent views and options remain on the table”.

“We encourage nations to press ahead on these issues, and to resolve differences,” she said.

On the carbon market rules, the contentious issues of double counting, the transfer of old credits in the new system and allocating a share of proceeds from the market to adaptation finance remain with no compromise in sight.

Several countries expressed their disappointment at the lack of progress on the transparency agenda. Discussions on aligning the time periods of national plans from 2031 were repeatedly interrupted by Saudi Arabia and China.

Both countries raised several points of order during additional discussions on the issue this week, opposing interventions by countries that had not already requested to speak, according to two sources close to the talks.

As part of the virtual setting, countries agreed not to take any decisions at the meeting. Instead, progress is due to be captured in informal notes to form the basis of future talks.

Ayman Shasly, of Saudi Arabia, stressed at the closing session the informal notes “have no legal status and should not be used as a basis for negotiating or taking any legal decisions”.

Sonam Wangdi, chair of the Least Developed Countries group, warned: “Slow progress at this session leaves a daunting task ahead to conclude the remaining work of the Paris Agreement rulebook and other issues for progressing climate action by Cop26.”

Wandgi added the discussions had “broadened options rather than [spurred] convergence”.

In a bid to end the deadlock, the UK Cop26 host is convening a group of representative ministers for an in-person meeting in London on 25-26 July.

Negotiators will need to pass on a clear set of options to ministers for the chance of a political resolution. “We should avoid serving them a spaghetti plate,” a developing country negotiator told Climate Home.

Cop26 president designate Alok Sharma said the ministerial talks would “sketch the desired, and balanced outcome from Glasgow to keep 1.5C alive”. As well as the intractable Paris rulebook issues, the agenda will cover adaptation, finance and loss and damage.

While the option of holding an additional set of talks ahead of the Glasgow summit is still being considered, appetite for more online negotiations is low.

During the closing plenary, the Arab group and large emerging economies such as India, China and Brazil, said negotiations should continue in person.

Espinosa told Climate Home that the three-week long virtual talks had been “a very exhausting process for all delegations” – something, she said, was evident in the closing plenary.

She added parties and the UK presidency assess whether another negotiating session will be needed ahead of Cop26.

But the virtual format had its supporters. Ambassador Janine Felson, of Belize, insisted the online platform was an opportunity to make talks more inclusive and transparent. The EU also expressed support for the online model.

Espinosa said the virtual format had enabled “many more participants than would have been possible with an in-person meeting” with more people following discussions online than in 2019.