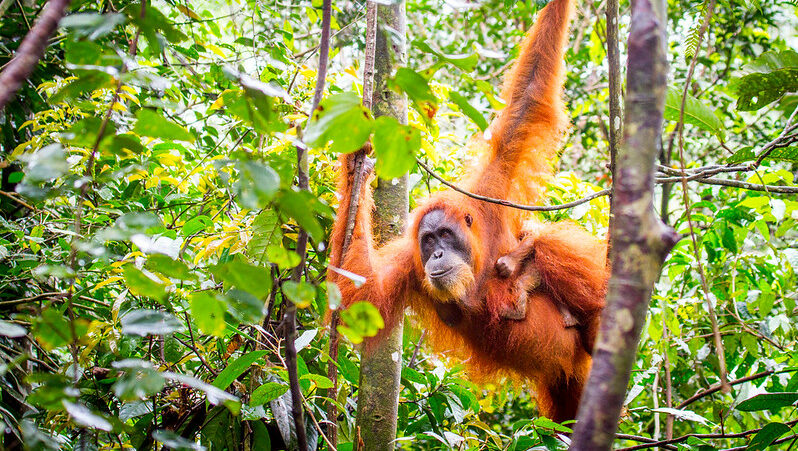 The launch comes after countries failed to meet internationally agreed 2020 targets to prevent the destruction of plants and wildlife.

The Legacy Landscapes Fund aims to mobilise enough funding from private and public donors to provide 15 years of financial support for 30 conservation areas.

The German government and several private donors have invested the first $100 million in the fund which will be used for seven pilot projects in four African countries, Indonesia, Cambodia, and Bolivia. Funding will be used to pay park rangers, support local communities, fund surveillance and monitoring and maintain infrastructure.

US climate envoy John Kerry and UN climate chief Patricia Espinosa both spoke at the event. “Nature is our best line of defence against the climate crisis,” Kerry said, stressing its important role as a carbon sink. “When given the chance, nature often recovers.”

“Mother nature does not work in a silo,” said Espinosa, noting that the destruction of nature can lead to a deadly chain of events and have severe impacts on human health.

Other speakers emphasised the link between biodiversity loss and the spread of diseases such as coronavirus.

Stefanie Lang, the fund’s director, said that French president Emmanuel Macron has expressed his support and aims to make a financial contribution by 2022.

“We hope to attract other governments to join the initiative. This needs to be a global movement,” she said. “By ensuring that the costs of nature protection are covered, the Legacy Landscapes Fund addresses a key threat for the survival of species and of humankind.”

The fund was established ahead of a global biodiversity summit in Kunming, China in October where the UN will seek to secure an agreement on protecting 30% of the Earth’s land and water by 2030.

Over 50 countries, including the US, UK and France, have said they will support the plan. To date just 17% of land and 8% of oceans are protected. According to a new report published on Wednesday, the number of protected areas has increased by 42% since 2010.

The 17% land conservation target was just one part of Aichi target 11 – a 10-year conservation goal. Governments have not fully met any of 20 Aichi biodiversity targets set at a meeting in Japan in 2010. Funding shortfalls and harmful subsidies significantly hindered progress.

The 30 by 30 plan has been criticised by campaigners who are concerned that it will result in indigenous communities losing their land and livelihoods. Survival International recently launched a campaign describing it as the “biggest land grab in history”

Lang said the fund would work closely with indigenous communities and support their legal rights.

“In some cases, it is only because of indigenous people that we still have areas that are worth protecting,” she said.