The Russian president has raised concern about the warming impact of methane emissions, calling for research collaboration but making no policy promises 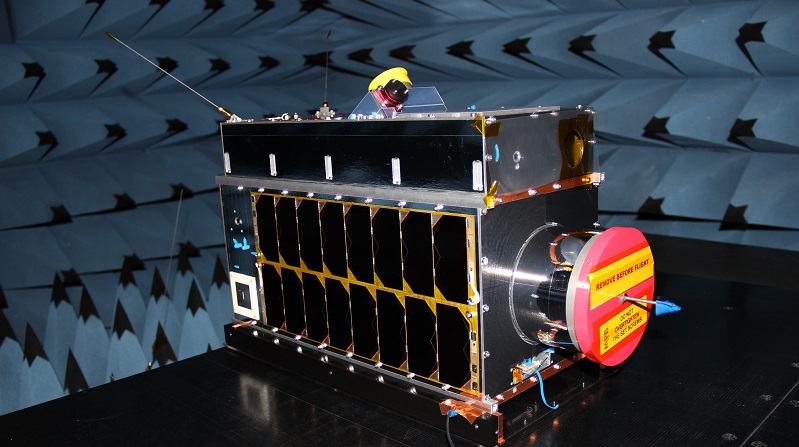 Vladimir Putin has warned of the global warming impact of methane gas and called for cooperation to reduce emissions, in a rare show of climate concern from the Russian president.

Russia is the world’s largest exporter of methane gas. Satellite data recently revealed that the frequency of methane plumes from two big Russian pipelines increased in 2020 despite a drop in gas exports. Gas can leak from infrastructure. It is also burned or deliberately released into the atmosphere when oil and gas firms don’t consider it profitable or practical to transport and sell it.

Speaking at the US leaders’ climate summit on Thursday, Putin set out some key facts: “Methane accounts for 20% of anthropogenic emissions. The greenhouse effect of each tonne of methane is 25–28 times greater than a tonne of СО2. Experts believe that if we could halve methane emissions in the next 30 years, global temperatures would decrease by 0.18 degrees by 2050.”

Putin continued: “In this context, it would be extremely important to develop broad and effective international cooperation in the calculation and monitoring of all polluting emissions into the atmosphere. We urge all interested countries to take part in joint research, to invest in climate projects that can have a practical effect and to redouble efforts to create low-carbon technologies to mitigate the consequences and adjust to climate change.”

While Putin’s figures match those used in recent EU methane strategy documents, a major report under development from the UN Environment Programme (Unep) is expected to show faster reductions are achievable and desirable.

The report, produced jointly with the Climate and Clean Air Coalition and due out next month, will estimate 45% cuts by 2030 can avert 0.3C of global warming. The fossil fuel sector has the biggest potential to cut emissions at low or no cost, it will say.

Analysts were pleasantly surprised by Putin’s rhetoric. “It is a welcome change from Russia’s earlier position which flat out denied they have a methane issue,” energy analyst Poppy Kalesi told Climate Home News.

But they noted a lack of specific policy proposals from Putin to tackle the problem.

“Russia’s updated climate target from last year was not an increase in ambition and fails to target a reduction in emissions below the level they are expected to reach under current policies,” said Ryan Wilson of Climate Analytics. “There has been no indication to date of specific measures that would reflect Putin’s proposal for incentivising foreign investment or seeking international scientific collaboration”.

Putin may have been feeling the pressure from Russia’s biggest gas customer, the EU, and awareness that new satellite technology leaves nowhere to hide.

According to state-owned gas company Gazprom, “the Western European market (including Turkey) consumes the bulk of Russian exports”. In 2019, Russia exported nearly 200 billion cubic metres of gas to Europe (including the UK and Turkey).

The EU is consulting on new rules on monitoring, reporting, verification, leak detection and repair in the energy sector. These standards could cover imports as well as gas extracted in the EU.

The EU’s consultation document says: “Most of the fossil fuels consumed in the EU are imported, and 75-90% of the methane emissions associated with these fuels are emitted before reaching the EU’s borders. In principle, obligating non-EU entities supplying energy to the EU as well as EU actors would therefore considerably increase the benefits of such legislation, both in terms of improving information on methane emissions and mitigating them.”

European investors and fossil fuel company Shell have called on the EU to set a methane performance standard to ensure it doesn’t buy fuels from countries with weaker standards.

Clean Air Task Force methane director Jonathan Banks said: “The satellites are now starting to give us images and data for parts of the world that we’ve never been able to really look at – and that’s only going to increase. The transparency is going to vastly increase. We’re no longer going to be reliant on what a company or country says it’s methane emissions are. In the near future, we’re going to be able to look at the satellite data and know for certain what countries emissions are from their oil and gas sector. That’s definitely spurring some of the interest Russia has in this because they see that coming.”