The target will require huge investments in solar technologies, experts warn, as less than 1% of the oil producing nation’s energy comes from renewables 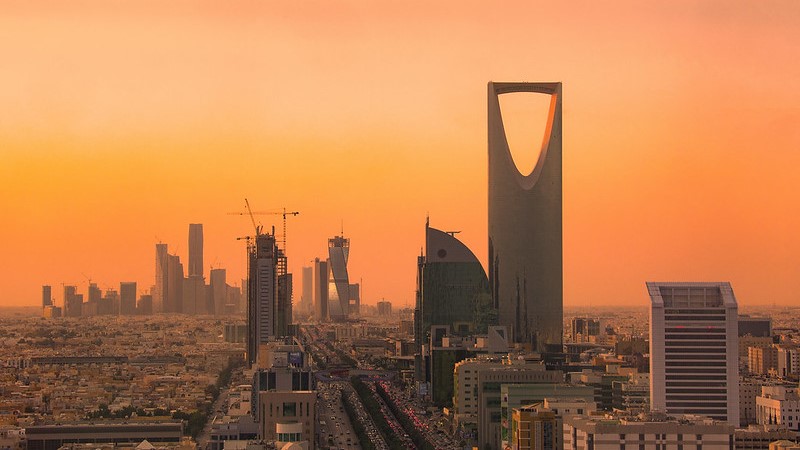 Saudi Arabia will generate 50% of its energy from renewables by 2030 and plant 10 billion trees in coming decades, its crown prince Mohammed bin Salman has announced.

In comments reported by the government-affiliated Saudi Press Agency, Bin Salman said the climate crisis had increased desertification, dust storms and air pollution in the Kingdom, damaging the Saudi economy and its citizens’ health.

In response, the Saudi Green Initiative aims to transform one of the world’s top oil producers into “a global leader in forging a greener world”. This is part of efforts to diversify the economy away from its oil dependence.

The Saudi Press Agency said the crown prince recognised the Kingdom’s share of responsibility in advancing the fight against the climate crisis.

“We reject the false choice between preserving the economy and protecting the environment. Climate action will enhance competitiveness, spark innovation, and create millions of high-quality jobs,” he said.

Am delighted to learn of “Green Saudi Arabia” & “Green Middle East ” initiatives by my brother, His Royal Highness Crown Prince Mohammed bin Salman! Have offered our support on these as there are many complementarities with our “Clean & Green Pakistan” & “10 Billion-Tree Tsunami. pic.twitter.com/ExHSS8DUVh

But the government did not say whether it would produce and export any less oil while powering its own economy with cheap solar power.

Renewables made up just 0.02% of Saudi Arabia’s final energy consumption in 2017, according to the IEA. Neighbouring United Arab Emirates aims to reach the 50% target by 2050 while its capital Abu Dhabi wants to reach it by 2030.

Although some mountainous regions have wind power potential, Alam said the majority of this renewable energy would come from solar power generated by huge farms in the desert. The scale of the projects and the power of the sun make solar power in Saudi Arabia cheaper than anywhere else, he said.

In a December 2020 report, the International Energy Agency said: “Solar PV [power], if deployed at large scales and under favourable climatic conditions, can be very cost competitive.”

But Alam added that the Saudi government had “a lot of work to do” to achieve its 50% goal, particularly by investing in energy storage. Currently, only Iceland and Norway get more than 50% of their primary energy from renewables.

He added that investment would come from both the government and the private sector.  The government’s Public Investment Fund puts down the risk finance that supports a competitive tendering process, he said.

As well as renewables, the government said they would pursue “clean hydrocarbon” projects to make fossil fuels less polluting. Chatham House analyst Valérie Marcel said this was likely to include carbon capture and storage, cutting methane leaks and the use of renewable energy to extract fossil fuels.

Experts told Climate Home News that while Saudi Arabia’s tree-planting ambition was welcome, it isn’t clear how they plan to plant 10 billion trees in the third-driest country on earth.

Currently, just 0.5% of Saudi Arabia is forest and the Middle East’s tree cover is mainly limited to the Mediterranean coast.

Environmental economist Kenneth Richards told Climate Home News: “It is not unprecedented for massive tree planting to experience high mortality rates due to local conditions. Given the potentially harsh climatic conditions in the regions that these two initiatives appear to be targeting, it is not difficult to imagine a similar problem.”

But Tanzeed Alam, a climate change consultant based in the United Arab Emirates, said areas prone to desertification had once supported vegetation. “You think about Saudi and you think ‘OK, it’s just a desert’. It’s not. There’s a lot of areas which are quite fertile and have been increasingly desertified.”

I congratulate Saudi Arabia 🇸🇦 for the new Saudi Green Initiative and the Green Middle East Initiative that aim at planting 50 billion trees in the region.

We need #climate action from all in the🌍. I look forward to seeing these efforts reflected in ambitious #NDCs.

Nina Lindstrom Friggens, a soil ecologist who has researched tree planting in Scotland, told Climate Home News the Saudi government had to consider the wider implications of a massive tree planting initiative on local water resources and ensure the project is managed sustainably.

“It is always encouraging to see governments discussing climate mitigation but it is important to understand that there are no simple solutions, and a holistic approach, which takes into account not just carbon sequestration but also land and water resources, biodiversity and livelihoods will be the key to sustainable mitigation,” she said.

Alam suggested that the Arab peninsula’s iconic ghaf trees would be a good choice, as they live a long time, don’t use much water and support biodiversity.

He said the Al-Baydha restoration project could be an example of sustainable land restoration. This was a project led by scientist Neal Spackman, and praised by the Saudi government for reversing desertification by harvesting rainwater and planting drought-resistant date palms.