EU member states and lawmakers at loggerheads over 2030 climate target 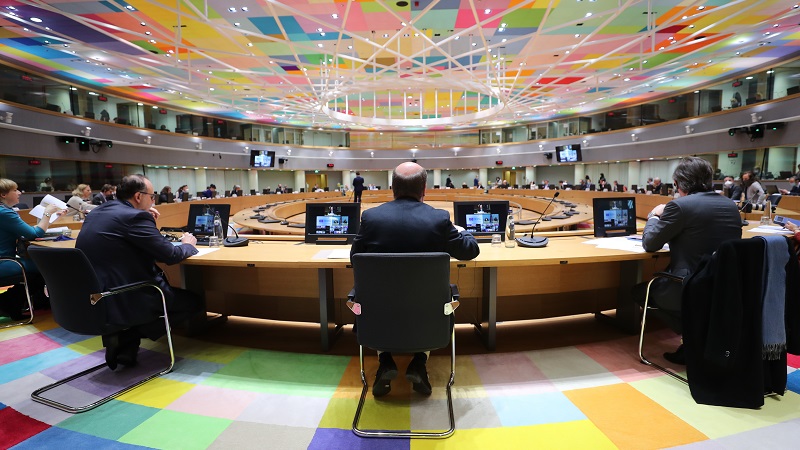 Little progress was made in the fifth round of negotiations on the European Climate Law, despite growing time pressure to have the bill agreed by mid-April, according to people involved in the talks, which are being held behind closed doors.

Everything around the climate law was discussed, including the EU’s 2030 and 2050 climate targets, said Harriet Mackhaill-Hill from Climate Action Network Europe.

The biggest hurdle standing in the way of a deal is the 2030 target. The European parliament voted last year in favour of a 60% reduction in emissions, up from members states’ 55% target agreed last December following an all-night session of excruciating talks.

The latest three-way talks were held on Friday in an attempt to find an agreement between parliament and the Council of Ministers, the body representing the EU’s 27 member states. The European Commission, for its part, is meant to act as a mediator in the talks.

However, EU member states did not give the Council a new mandate to negotiate on their behalf, meaning it could not change its position.

“We achieved nothing. There is no deal on anything. There’s no progress. That’s really frustrating for me, because I expected that we [would] make some progress this time,” said Michael Bloss, a Green lawmkers from Germany, who is part of the European Parliament’s negotiating team, in a press conference after the negotiations on Friday evening.

Parliament negotiators had initially expected substantial progress to be made on proposals to introduce a greenhouse gas budget and establish a European Climate Change Council, an EU scientific advisory body which would verify the bloc’s alignment with the Paris climate goals.

But the Council said it did not have a mandate to make concessions and bought time with technical questions, according to sources familiar with the negotiations.

“Nothing happened. It was basically the parliament talking about all of their positions,” said Mackhaill-Hill. “They’ve really been working hard on trying to find a compromise and the impression is that the Council just turned up and had nothing,” she said.

The lead negotiator from the parliament, Jytte Guteland, was more positive, saying: “I think we had some progress on the middle-sized questions. Now we can focus on the big ones during the next, and hopefully last [negotiation round]. It will all be about 2030 and 2050.”

Portugal, which holds the Council’s six-month rotating presidency, aims to reach an agreement on the climate law by the end of April. But with the Easter break approaching, it seems increasingly likely that this deadline will be missed.

It is “really putting at risk” the EU’s timeline, Bloss warned, referring to the European Commission’s June package of energy and climate laws, which will introduce new policies to reduce the bloc’s emissions by 55% at least before the end of the decade.

Without an agreement, the EU risks attending the US’ leaders climate summit on the 22 April without a confirmed 2030 target.

“Either there’s a deal that’s made and it will be ready for the 22 April as the Council wants. However, if there is no move on the target, and the parliament stand strong, it won’t be the last and in that case we’ll go over the 22,” said Mackhaill-Hill.

While the 2030 target was discussed, there is now a stalemate, with neither the parliament nor the Council budging in the talks. The EU’s climate chief Frans Timmermans, too, is being “stubborn”, said a source familiar with the negotiations.

For Bloss, a key sticking point is the Commission’s insistence on a “net” target which also takes into account carbon removals from agriculture and forestry. Parliament, for its part, wants a separate target for carbon removals, saying the “net” approach will encourage tree-planting initiatives as a substitute for emission reductions from industry.

“The Commission is very much insisting on their net approach, which is highly problematic,” said Bloss, who added that the “net” target contains lots of loopholes, causing issues in terms of carbon accounting.

Bloss’ comments are part of a broader criticism of the Commission not acting as an honest broker in the talks and standing by the hard-fought consensus reached among EU leaders at their December summit.

Suzana Carp, from think-tank Bellona Europe, says the “net’ target is not precise enough, and that half of EU countries do not support it.

“I’m pretty confident that Council will have to move, but also I know that there are quite a few member states who actually don’t support the net targets approach. They’re extremely worried about what it would mean at Cop26,” she told Euractiv.

She pointed to a 2019 study which found the EU was on track for a 50% reduction in greenhouse gas emissions by 2030 if all its existing policies were implemented. Now, since the pandemic has slashed emissions, the EU should be more ambitious, she said.

The story was initially published by Climate Home News’ media partner Euractiv. Some amendments to the initial story have been made to provide more context on the negotiations.