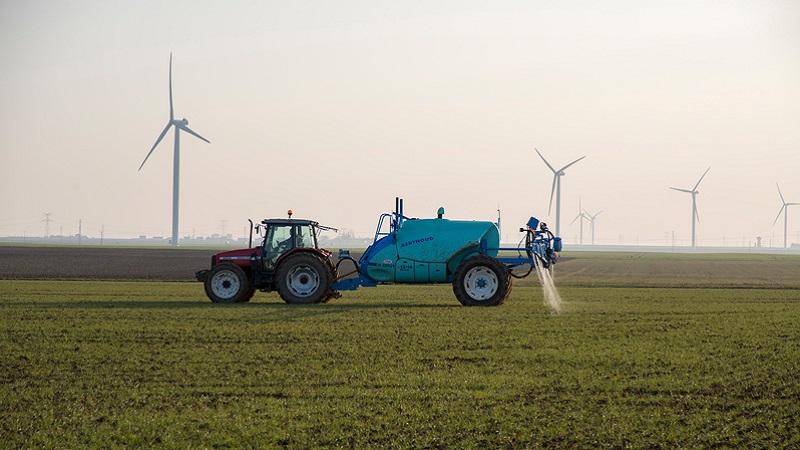 The “farm to fork” strategy aims to reduce the use of synthetic fertilisers, which release greenhouse gases, at least 20% by 2030. US government analysis published in November said this would lead to a 12% decline in agricultural output by 2030 and a 17% increase in food prices, costing the EU economy $71 billion.

Environmentalists dispute the Trump study’s conclusions and describe the impact assessment as a “delay and derail” tactic pushed by the powerful European farming lobby.

Spain’s agriculture minister Luis Planas told Monday’s EU council meeting that the US Agriculture Department’s (USDA) report put him “in a rather invidious position, where there were opposition MPs asking questions using USDA documents to ask me questions about what we were doing”.

He continued: “Our document, I’m sure will be much more rigorous, much more in-depth and much more useful but, you know Commissioner, it would have been nice to have it now or as soon as possible. It would help us greatly in our ability to roll out our national plans.”

His call was echoed by ministers from Austria, Ireland, Germany and France. The French agriculture minister Julien Denormandie complained: “We can only base ourselves on impact assessments which came from the US.”

Agriculture commissioner Janusz Wojciechowski said: “We are preparing impact assessments. The whole of the Commission is working on this. We have an expert team which is doing this work. As soon as the document is ready, we will make it available.”

Campaigners accused the politicians of bowing to pressure from the Copa-Cogeca European farming trade association. Its secretary-general Pekka Pesonen said last week that pursuing green reforms without an impact assessment leaves farmers waiting like “animals to be slaughtered”.

WWF policy officer Jabier Ruiz said this was a “delay and derail strategy used by some agriculture stakeholders who don’t like the targets”.

Impact assessments are not necessary for “farm to fork” because it is a strategy rather than binding legislation, said Ruiz, adding that impact assessments on measures like pesticide reduction are already planned.

Harriet Bradley, policy officer at the NGO Birdlife, said the USDA’s study was “unrigorous” and had been criticised by analysts. Yelto Zimmer, of the Institute for Farm Economics, said it was “very pessimistic”.

Donald Trump’s agriculture secretary Sonny Perdue used the study to back up his claim that the EU was basing its strategy “more on political science than demonstrated agricultural science”. Writing in the EU Observer, he said: “Europe has forgotten the ‘farm’ in ‘farm to fork’”.

But Bradley said the study focused on the ways the reforms would threaten food production and ignored the ways they would increase it. For example, using less pesticide would mean more bees pollinating crops, she said. The Commission’s study should be more balanced than the US one, she said.

Commissioner Wojciechowski recognised some of these difficulties. He told ministers: “It’s hard to gauge what the possible negative influence might be. For example, if we reduce fertilisers then there will be an effect on yields and it will affect farmers’ income. On the other hand, we have precision farming. We will use less fertiliser but in a more precise manner. So it’s difficult to decide which way this will go.”

Temperature rises are likely to increase pest numbers and invasive species and reduce the yields of agriculture and livestock, the EU adds, and sea level rises will “lead to much more saltwater intrusion into bodies of fresh water, affecting agriculture and the supply of drinking water”.