Slash and burn: how the UK government is cutting aid while propping up fossil fuels

There’s a huge shameful loophole in the Cop26 host’s pledge to stop funding fossil fuels abroad. It must be fixed before other nations copy it 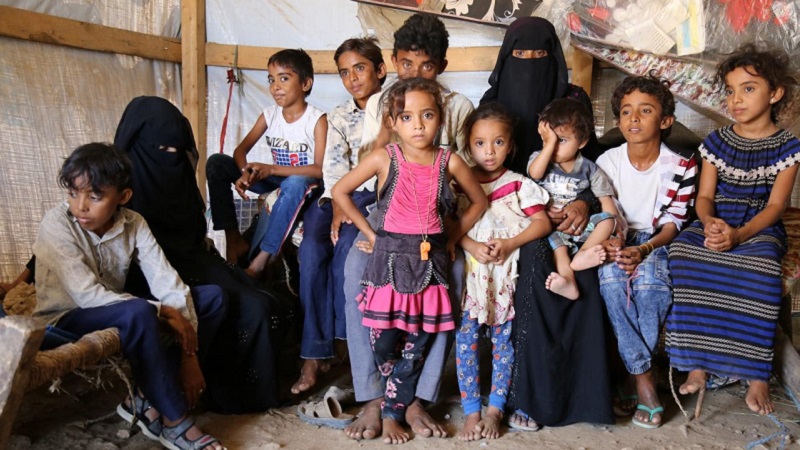 A family in Yemen live in a temporary tent (Photo: Ahmed Al-Fadeel/Oxfam)

These were the words of former UK Cabinet Minister Andrew Mitchell, bitterly condemning the government’s decision to cut its aid to Yemen by more than half. In the grip of the world’s worst crisis, 400,000 children in Yemen are at imminent risk of starvation.

He’s right: it is a sad day. But it is also one half of a story about British leadership – one that reveals the truth about how it conducts itself overseas. We now know that while the UK government doesn’t feel able to help stop thousands of children dying overseas, it is able to find hundreds of millions of pounds to invest in polluting fossil fuels.

Four months ago, the UK Government attracted almost universal praise for its announcement that it would stop directly funding overseas fossil fuel projects. It came after Boris Johnson came under sustained pressure for his inexplicable decision to finance a gas project in Mozambique via UK Export Finance.

At the time, this announcement seemed world-leading: an appropriate position for a country holding the Presidency of COP26. But the launch of its consultation to flesh out the detail of the policy reveals a loophole so big that it looks like Boris Johnson doesn’t deserve the praise he received.

Hidden in the detail of the government’s proposals is a loophole that could see the UK continuing to pour hundreds of millions of pounds of British cash into fossil fuels. Money that’s badged as ‘development aid’ will leave Britain through the government’s development bank, CDC Group, which is not governed by Boris Johnson’s proposed policy. While the CDC has published its own policy and guidance, which politicians defend as “well aligned” with the UK policy position, it does little to allay concerns that CDC will continue to invest in new fossil fuel projects overseas – with direct investments in the case of gas-fired power generation, and indirectly through its large investments in financial institutions.

While the CDC policy claims to be Paris agreement aligned, it also makes it clear that the absence of a national decarbonisation strategy will not be considered a barrier to investment in new gas power plants and associated infrastructure.

As of December 2019, CDC Group’s total investments and investment commitments to fossil fuels totalled nearly $1bn, 85% of the total electricity generated and distributed through CDC investments was from fossil fuels. CDC’s true exposure to fossil fuels is difficult to measure due to a lack of transparency over the entirety of its portfolio.

While CDC does invest in renewable energy projects, its continued investment in fossil fuel projects represents an enormous wasted opportunity to harness the vast renewable natural resources of continents like Africa and South America.

Growing up in pastoral Kenya, I know first-hand the reality of climate breakdown. But I also know that Kenya, like the rest of Africa, enjoys some of the richest renewable energy sources in the world. We have the talent and grit to lead the world, leapfrogging other countries in rolling out renewable energy technology. But that can only happen if countries like the UK invest in the right things.

SHOWCASE CLIMATE LEADERSHIP: Partner with us in the run-up to COP26

The UK’s investments in fossil fuels have a tragic price, just like the decision to cut the aid budget. A recent Harvard University study found that one in five deaths are caused by fossil fuels. Millions of pounds invested in fossil fuels will be paid for by people drowning in typhoons, families starved by famine and drought, and children suffocated by chronic air pollution.

If that wasn’t enough, the international implications of this bad policy design could be profound. The UK’s global influence – its wealth, diplomatic networks, and COP Presidency – means that how it designs this policy matters. If this gives the green light for other countries to exempt development finance institutions from overseas subsidy bans, it will be a major setback for climate action.

The final flaw in this plan? While Britain is tooling itself up with the technology of the future, it’s saddling developing countries with assets fit only for the last century. It will leave them with stranded assets that will soon be unusable, as governments and international agencies begin to implement stringent plans to cut emissions. And it’ll leave British cash tied up in outdated fossil fuel projects that no well-run private company would ever invest in.

The UK government has time to turn this around. To retain its credibility as a global leader, it has to close the loopholes in this policy and enact its promise to stop UK Export Finance and CDC funding fossil projects as soon as possible. Making this policy watertight before November’s COP26 is a basic hygiene factor for a government that says it’s dedicated to leading the world in tackling climate change.

Mohamed Adow is director of energy and climate think tank Power Shift Africa. This article was updated after publication to clarify the nature of the CDC’s investments in fossil fuels.