Development aid from rich countries has done more harm than good to central African forests and their inhabitants. This can change with a community-led approach 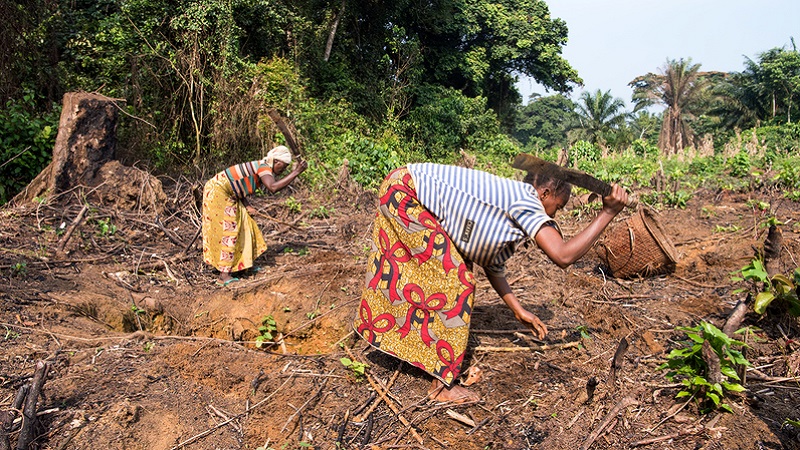 During his campaign, now-President Joe Biden pledged to save the Amazon rainforest as part of his climate commitments. As he moves into the first few months of his presidency, saving the world’s largest rainforests from rapidly disappearing and losing their status as carbon sinks must remain one of Biden’s top priorities.

The eradication of rainforests leads to the warming of the planet, the extinction of species, and the spread of viruses on a global scale.

Right after the Amazon is the Congo basin forest. It is almost half the size of continental US. In it, the world’s largest complex of peatlands can be found, which on its own stores the equivalent of three years of the entire world’s fossil fuel emissions.

Yet logging companies and their high-level friends in the governments of the Congo Basin are destroying the forest at an alarming rate. About two-thirds of it is in the Democratic Republic of Congo (DRC). Global Forest Watch shows that from 2002 to 2019, the Congo Basin lost about 12 million acres of humid primary forest, making up 34 percent of its total tree cover loss – an area almost half the size of Kentucky.

Due to the rampant corruption in the sector, the government of the Democratic Republic of Congo (DRC) was pressured to announce a moratorium on the allocation of new industrial logging titles – but since its adoption 20 years ago, Congolese ministers have repeatedly violated it, drawing criticism from civil society and withholding of donor money.

The most recent scandals include a plan to tender 19 oil blocks in the rainforest announced by the Minister of Hydrocarbons and four illegal logging concessions awarded to Chinese and local companies by the Minister of Environment himself, in addition to the nine illegal logging concessions discovered by Greenpeace Africa and partners. Together, these cover almost seven million acres (an area almost the size of Massachusetts).

In central African countries, the state owns all lands and since independence the colonial tradition of allocating concessions to foreign logging and industrial agriculture companies has continued.

While African countries can do well for their people and for nature on their own, the reality is that external interventions and investments are inescapable. The question then becomes for foreign governments: what to avoid and what to prioritize?

High-income countries have often spent their aid money on companies that trash large swaths of the rainforest with the aim of creating jobs and bolstering “development.” But deforestation of pristine forests never yielded the economic prosperity it promised for the people of central Africa, who remain some of the poorest in the world.

It has perpetuated the displacement of many forest communities and the destruction of their sacred sites, as well as the destruction of natural habitats of wondrous creatures such as the lowland gorilla, bonobo, Collared Mangabey, forest elephants, and red river hog.

Other interventions by high-income countries, such as support for conservation in National Parks, have often involved violence towards Indigenous Peoples and certainly didn’t turn off the chainsaws.

So what can be done to benefit both people and nature? The 2002 Forest Code recognizes the customary land rights of local and Indigenous communities, allowing them to obtain and manage forest concessions free of charge. As such, 2002 Forest Code combines traditional knowledge and modern forestry methods.

In forest areas where the Forest Code has been implemented so far, it has yielded transformational results. Studies show communities are able to improve their livelihoods and sustainably manage their forests without destroying them: the Rainforest Foundation UK shows the rate of deforestation in 57 of the DRC’s community concessions in 2019 was 23 percent lower than the national average and 46 percent lower than in logging concessions: communities preserve and maintain the forests they live in.

Since 2015, Greenpeace Africa has supported two local communities and one Indigenous People village in Equateur and Mongala provinces, which secured their lands and forest covering an area of 50,000 acres (about twice the size of Orlando, Florida).

Forest-dependent communities are the most effective managers of the rainforest and they should therefore be considered as equal partners in forest management. A hundred local communities and Indigenous Peoples across the country have already obtained their forest concessions, securing about 5 million acres — yet this pales in comparison to the size of logging areas. For the Forest Code to be implemented on a large scale, international actors can play a positive role.

Although obtaining a community concession is officially free, in practice meeting the Forest Code regulations require great investments. These include conducting participatory mapping and biodiversity surveys and conceiving a simple management plan. All these are required before a forest community can obtain a concession and can cost up to $50,000.

The new US administration could exert its diplomatic prowess and its technical skills to simplify the exigencies of the Forest Code and to raise awareness among remote forest communities, as well as encourage the other five Congo basin countries to adopt similar policies. Supporting community land rights may be one of the best investments to secure the fate of Africa’s largest rainforest and its people.