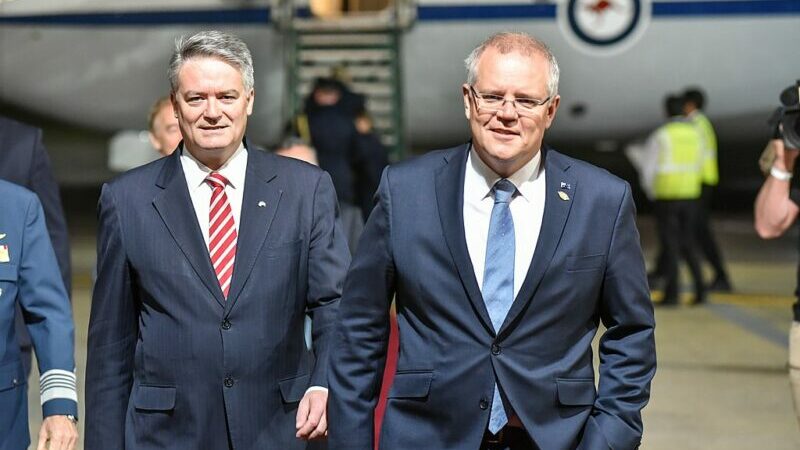 An Australian former minister, widely criticised by environmentalists, has made it to the final two contenders to lead the Organisation for Economic Co-Operation and Development (OECD).

Mathias Cormann, who opposed climate pricing, renewable energy targets and a green bank in government, will run off against Swedish candidate Cecilia Malmström, after the Greek candidate dropped out.

Cormann’s record on climate change is seen as the biggest barrier to his selection. His campaign has fought back against criticism and he has pledged to address climate change if selected.

“On the critical issue of taking ambitious and effective action on climate change, it is essential that the OECD provide global leadership,” he wrote in a statement published on LinkedIn on Tuesday. “Achieving global net-zero emissions by 2050 requires an urgent and major international effort.”

The leader of the Australian Green Party has written to OECD members, urging them not to choose Cormann.

Adam Bandt said: “Unfortunately, Mr Cormann’s record on climate change has been to block action at every turn during his years as a senior minister in the Australian government”.

Mathias Cormann is a bad choice to lead OECD. He’s a climate inactivist of the sort discussed in The #NewClimateWar: Talks a good climate game, but doesn’t support real action. I will be greatly disappointed if @JoeBiden administration gets behind him.https://t.co/Pn1E52sEnO

According to Lowy Institute analyst Daniel Runde, the US is likely to back Cormann due to aligned positions on issues like digital taxes and expanding membership.

Australian prime minister Scott Morrison raised the issue in a congratulatory phone call to US president Joe Biden on his election victory. Cormann has chartered an Australian Air Force jet for his campaign, to meet ministers and diplomats in person.

Most European nations are expected to back former EU trade commissioner Malmström, but her outspokenness on corruption and governance issues has made her unpopular with some countries. The majority of OECD member states are European and it has been 25 years since a European held the Paris-based post.

Malmström would be the first female head of the OECD if elected. Her platform is based around international cooperation, a green recovery from the coronavirus pandemic and inclusive development. “The OECD, with its extensive expertise, can play a key role in providing its member countries with the evidence-based analysis necessary for policies for a sustainable future,” she said.

A formal decision is due by 1 April.

It clearly should be Cecilia Malmstrom over Mathias Cormann for #OECD! Because he is so much anti-climate. Because it would be a progressive signal if the very qualified woman would get the job. Because she can stand up to China just as well as him. https://t.co/mKVZrkE37Q

Cormann was Australia’s finance minister between 2013 and October 2020, when he resigned to campaign for the OECD role. He served under successive center-right prime ministers Tony Abbott, Malcom Turnbull and Scott Morrison.

In opposition in 2011, he called carbon pricing “a very expensive hoax” which took Australians for “fools” and would not address climate change. In 2014, he voted to repeal the carbon price.

In 2018, he was instrumental in securing the replacement of Malcom Turnbull with Scott Morrison, in an ouster driven by opposition to an emissions-cutting policy for the power sector.

In 2019, six years into Cormann’s stint as a finance minister, the OECD criticised the country’s reliance on coal and said “Australia needs to intensify efforts to meet its 2030 emisions goal”.

Their statement noted Australia is “one of the few [OECD countries] where greenhouse gas emissions (excluding land use change and forestry) have risen in the past decade”.

Morrison’s Australian government has resisted calls to set a 2050 net zero emissions pledge, despite such a goal being supported by 68% of Australians and every Australian state and territory.

According to the Guardian Australia, Cormann has told concerned OECD members that Scott Morrison has said he wants to reach net zero “as soon as possible and preferably by 2050” and that the debate is on how not whether to take climate action.