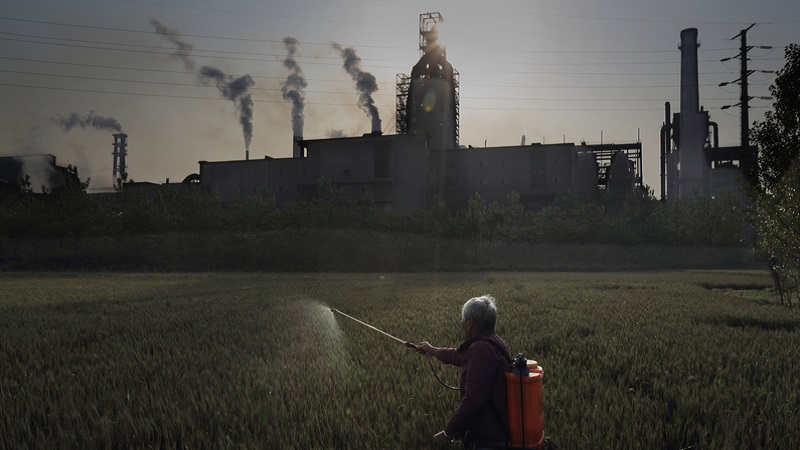 China has powered its recovery from Covid-19 with polluting heavy industries, government data shows, putting the onus on its upcoming five-year plan to pivot to climate action.

Government figures published on Sunday show that China’s gross domestic product (GDP), energy consumption and production of steel, cement and aluminium increased in 2020 despite the pandemic – a sign that the country turned to carbon-intensive infrastructure projects to reboot its economy from the slump caused by the coronavirus pandemic.

The Chinese government does not publish CO2 emissions figures but Refinitiv analyst Yan Qin and Centre for Research on Energy and Clean Air analyst Lauri Myllyvirta both said they were certain to have risen. Myllyvirta calculated they were up 1.5%.

China’s economy grew 2% in 2020 and, without the pandemic shutdown, is expected to rise 8% in 2021. With growth and carbon emissions still strongly linked in China, “fossil energy consumption will definitely rise this year,” Qin said.

Greenpeace East Asia policy adviser Li Shuo told a press briefing that this “anything but green” recovery shows that “some of the old habits in China’s economic development die hard”.

This reflects the pattern of “dirty recovery” that I’ve been highlighting since mid-2020 – policymakers doubled down on the old playbook of stimulating the dirtiest and most energy-intensive sectors – construction, heavy manufacturing – to offset weakness elsewhere.

The official data was released days before Beijing is due to publish its five-year plan – a mainstay in China’s calendar that will underpin the country’s economic development to 2025.

Expected on Friday, the plan is an opportunity for China to set a more ambitious peak emissions date. In a speech to the UN in September, president Xi Jinping promised China would aim for carbon neutrality by 2060 and peak its emissions before 2030.

Environmentalists are calling for that to be brought forward to 2025. In bilateral discussions, the European Union has pushed for a 2025 peaking date, arguing 2030 was “far too late”.

Greenpeace East Asia policy adviser Li Shuo said a 2025 target would “give the world a much better chance in terms of staying well below 2C [of global warming] and hopefully achieve 1.5C as well”.

Shuo said this target was both achievable and desirable. “Coal is already plateauing, hopefully it will be reduced and that reduction will offset the modest growth from oil and gas. In the meantime, renewable energy and energy efficiency measures will accelerate decarbonisation,” he said.

But Qin warned that a planned increase in renewable deployment “can only partly offset the potential rise in emissions”. She said the outlook of even higher emissions in 2021 risked pushing back the emissions peaking date and would make “earlier peaking harder to achieve”.

Dimitri De Boer, head of Client Earth’s Beijing office, told Climate Home News in an email he was skeptical the five-year plan would explicitly call for a 2025 peaking date. “But we’ve seen language from influential Tsinghua [university] researchers around ‘reaching a peaking plateau by 2025, and steadily declining emissions before 2030’.

“That sounds like the (fairly flat) peak is around or soon after 2025, which would be pretty good. It would be great if the plan would include language like that,” he said.

The national peaking target will in turn influence the plans of China’s provinces and polluting industries, which have been setting their own peaking dates. These will be released throughout the year.

The upcoming five-year plan will set an annual economic growth target that is expected to have a significant impact on emissions. Li said some Chinese policymakers are calling for this to be 5% rather than the current 6.5% target.

The plan will also set targets for carbon intensity reductions, energy intensity and the share of renewable sources in energy consumption.

President Xi Jinping has said China will aim to get a quarter of its total energy from nuclear and renewable sources by 2030. In 2019, the figure was 15.3%. Data is not available for 2020 as wind and solar were accounted for in the same “clean energy” category as methane gas.

Since the mid-2000s, environmental goals have become increasingly prominent in China’s five-year plan as concerns around issues like air pollution have risen.

In recent months, top Chinese officials have reprimanded junior bureaucrats for their polluting policies at the provincial level.

As the northern province of Inner Mongolia approved 10 GW of new coal-fired power stations in 2020, its officials were called to Beijing for what was interpreted as a rebuke.

In January 2021, senior environmental inspectors published a scathing report into the National Energy Administration for failing to prioritise environmental protection and clean energy. The energy authority was ordered to prepare a “rectification plan” which will be published this month.

De Boer said there was a “tug of war” between those who favor rapid reductions in emissions, and those who are pushing for business as usual.

This article was amended to clarify Dimitri De Boer’s comments.