Physicist Roberto Cingolani, who comes from a defense and security firm to lead a new Italian green ministry, has previously praised gas as ‘the most sustainable resource’ 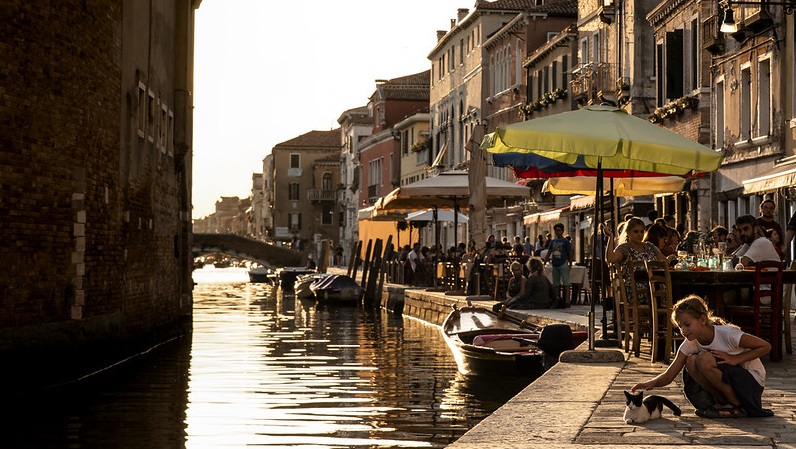 Climate change is a threat to Italian cities like Venice (Photo: Fillipo Gatteschi/Flickr)

Cingolani will decide how Italy spends its €82 billion share of EU recovery funds earmarked for green projects. Italy is the largest recipient of the EU’s $672bn recovery fund, receiving €222bn or nearly 30% of the whole package.

“This is the first time that an Italian prime minister has fully embraced – as a top-level and cross-government priority – the notion of environmentalism,” he said of Draghi.

The creation of the ministry, which takes over energy policy responsibilities previously shared with other departments, was praised by Spain’s minister for the ecological transition Teresa Ribera. Portugal and France have similar ministries.

Cingolani will chair a new inter-ministerial committee for the ecological transition. He joins the government from Italian weapons company Leonardo-Finmeccanica, where he was chief technology officer.

In his last column dated 16 February, he claimed the European Union was the only advanced economy to have significantly reduced its carbon emissions since 2008. Meanwhile, he criticised the US for its high level of per capita emissions and its slow rate of decline, and China and India for their rising emissions.

Great move from #MarioDraghi to pick a Scientist to promote the Italian transition towards the European Green Deal – looking forward to seeing @LDO_CTIO in action #Cingolani https://t.co/2Q5M3DYZEu

Cingolani has previously been supportive of methane gas. In February 2020, he told oil and gas company Eni’s in-house magazine that while fossil fuels “are very polluting,” renewables were also flawed.

“At the moment,” he concluded, “gas is one of the lesser evils. In the medium and long-term, it is the most sustainable resource”.

Bergamaschi said these comments meant environmentalists were sceptical of his appointment. “All eyes will be on his approach to gas”.

Gas produced around half of Italy’s electricity in 2019, with renewables generating most of the rest of its electricity production.

Activists at Greenpeace have called on Draghi to step up his predecessor Giuseppe Conte’s climate ambitions.

They say Italy should increase its 2030 renewable electricity target from 55% to 70% and invest in vehicle charging infrastructure to meet its 2030 target for six million electric vehicles.

Bergamaschi welcomed the appointment of the new infrastructure and transport minister Enrico Giovannini.

He said the economist was an advocate for sustainability and would help combat Italy’s “huge problem of air pollution in cities”.

Italy is hosting the G20 leaders summit in October and former prime minister Conte’s government pledged to make climate action one of its three priorities.

In the same month, Italy is hosting a youth leaders climate summit and a pre-Cop climate conference in Milan before the formal UN climate talks in Glasgow, UK, in November.

Bergamaschi said the preparations for the summits would not be disrupted by the change in government. If anything, he said, Draghi would strengthen Conte’s climate goals.