Portugal is the third EU country this year to announce early closure of its last coal plants, as rising carbon costs and competition from gas and clean energy bite 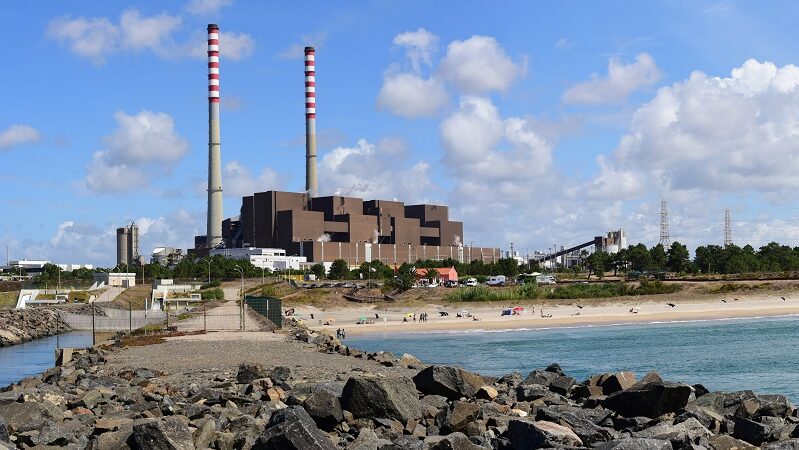 EDP's Sines coal power plant was responsible for 13.5% of CO2 emissions in Portugal, according to 2016 data (Pic: Fotos Avulso/Flickr)

Portuguese energy utility EDP has announced the closure of its Sines coal power plant, bringing forward the planned shutdown of coal-fired power plants in the country by two years, from 2023 to 2021.

In addition to Sines, the company is preparing to close one more plant and convert another unit in Spain, EDP said in a statement.

The decision is “part of EDP group’s decarbonisation strategy” and was taken in a context in which energy production increasingly depends on renewable sources, the company said on Monday (13 July).

The falling cost of renewables, coupled with the rising cost of CO2 pollution permits on the EU carbon market, means that “the prospects for the viability of coal plants have drastically decreased,” EDP added.

“Last year, we saw an inevitable reduction in the prospects for profitability of coal power plants, with the rising costs of CO2 emissions and more competitive prices for natural gas,” said Miguel Stilwell d’Andrade, acting executive president of EDP.

“The decision to anticipate the closure of coal power plants in the Iberian Peninsula is thus a natural consequence of this energy transition process, in line with European carbon neutral targets and with the political will to anticipate these deadlines,” he said in a statement.

The move was hailed by climate campaigners pushing for a quick phase-out of coal power, the most polluting fossil fuel.

“Portugal had already accelerated its coal phase-coal from 2030 to 2023. The fact that it is being brought forward yet again to 2021 shows just how fast a country can clean up its energy system when it commits to clean energy and climate action,” said Kathrin Gutmann, director at the Europe Beyond Coal Campaign.

Portugal will be the third EU country to close its coal plants early, after Austria and Sweden did the same earlier this year.

Belgium was the first EU country to end coal, in 2016.

“Governments that have yet to plan a speedy coal exit are losing precious time to put in place ambitious coal exit plans that reflect market and policy realities,” Gutmann said.