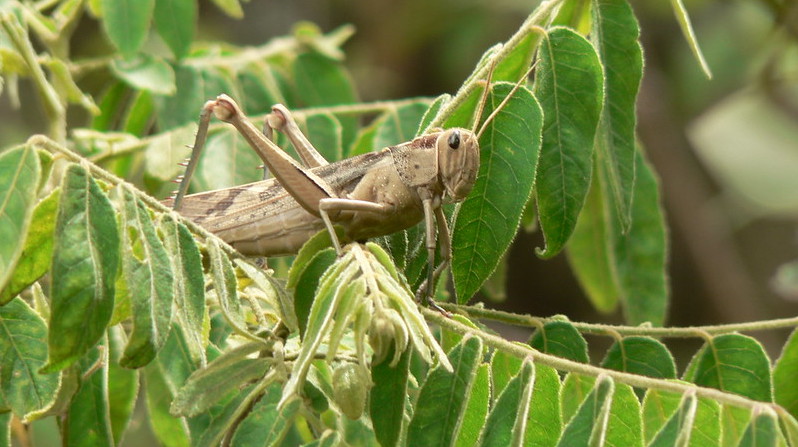 Desert locusts swarming across the Horn of Africa have started laying eggs and the new generation of pests will aggravate what the United Nations says is “an unprecedented threat to food security and livelihoods”.

The insects are ravaging Ethiopia, Kenya and Somalia in the worst outbreak in the region in decades, the UN’s Food and Agriculture Organisation (FAO) said in a report on Wednesday.

South Sudan and Uganda were also at risk and new swarms could form in Eritrea, Saudi Arabia, Sudan and Yemen, it said.

“Locust swarms have started laying eggs and another generation of breeding will increase locust numbers,” Keith Cressman, senior locust forecasting officer at the FAO, said in a statement.

“Urgent efforts must be made to stop them from increasing to protect the livelihoods of farmers and livestock holders,” he added.

In Kenya, the FAO said eggs will “hatch in early February and new swarms are expected to form in early April”.

Almost 12 million people in the region already lack secure food supplies and a swarm of locusts covering one square kilometre can devour as much food in a day as 35,000 people, it said.

“Desert Locusts present an extremely alarming and unprecedented threat to food security and livelihoods in the Horn of Africa,” FAO said in a statement. FAO said it needed $70 million to support rapid control operations, such as spraying with insecticides.

The FAO says that desert locusts numbers can boom “if heavy rains fall in successive seasonal breeding areas”. It adds “unless prevented by control, drought or migration to unsuitable habitats, plagues can form”.

Cressman wrote a study in 2013 saying that a warming climate could especially help eggs and young locusts, known as hoppers, to grow faster in the colder parts of the year, giving the pests a head start.