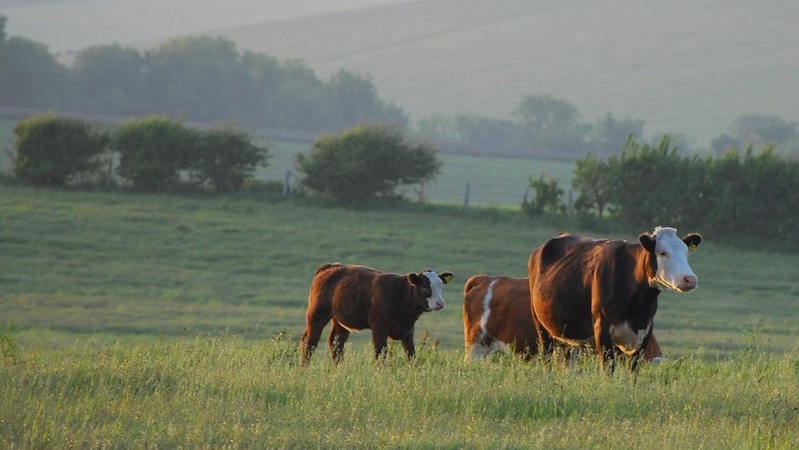 The UK needs to reduce emissions from land use by two thirds to deliver on its pledge to achieve net zero emissions by 2050, the Committee on Climate Change has warned. (Photo: Dave S/Flickr)

The UK needs to take urgent action to reduce greenhouse gas emissions from land use by two thirds to deliver on its economy-wide pledge for carbon neutrality by 2050, government advisers have warned.

In a report published on Thursday, the Committee on Climate Change (CCC), the UK government’s official climate adviser, has called for rapid and major shifts to farming practices, agro-forestry and consumer behaviour to decarbonise the UK’s land sector.

The CCC has previously warned that achieving carbon neutrality in the UK would need to involve all sectors of the economy but that not every sector would individually need to achieve net zero emissions. Instead, negative emissions technologies, such as carbon capture and storage, could be used to offset remaining emissions.

Under the CCC’s latest recommendations, a fifth of all agricultural land needs to be used to suck carbon from the atmosphere, by planting trees, restoring peatlands and soils and growing bioenergy crops with carbon capture and storage (BECCS). Growing timber and bioenergy crops would also generate further emissions cuts in other sectors of the economy when used with carbon capture and storage.

The advisers said this would enable the use of land to reduce carbon emissions while also balancing other priorities for land use, such as food production and flood protection.

Among recommendations, the report urged a cut in consumption of carbon-intensive food such as beef, lamb and dairy by at least 20% per person and a reduction in food waste by 20% by 2050. Such changes would help reduce methane emissions from livestock and release land for tree planting and growing bioenergy crops, the report said.

This dietary change would imply reducing cattle and sheep numbers by 10% compared with 2017 levels by mid-century – less than the 20% decline experienced in the UK in the past 20 years.

The report comes days before the UK’s first climate citizen assembly is due to gather on Saturday to thrash out solutions to achieve the net zero emissions goal by 2050. The UK is also in the midst of reviewing its agricultural policies as its prepares to pull out of the EU’s Common Agricultural Policy (CAP) as part of Brexit.

Last year, the UK was the first major economy in the world to set a carbon neutrality goal in law. Much of the country’s credibility as host to this year’s critical UN climate talks in Glasgow in November lies on the ability of Prime Minister Boris Johnson’s Conservative government to come up with a concrete plan to achieve its 2050 target.

CCC chairman Lord Deben said the report was one of “the most important” pieces of work produced by the committee. “Changes to land use are absolutely essential” for the UK to meet its climate goal, he said, citing the critical role of farmers and land-managers in delivering the changes.

“These are major changes and cannot be delivered in the normal course of business,” he warned.

Implementation measures could cost the UK an estimated £1.4 billion ($1.8bn) per year but could yield benefits to the tune of £80bn ($105bn), according to the CCC. The committee suggested creating a climate levy on fossil-fuel emitting industries, such as airlines, to absorb some of the cost.

The report identified afforestation and agro-forestry as the biggest carbon-cutting measures. This would include planting at least 30,000 hectares (and possibly up to 50,000 hectares) of broadleaf and conifer woodland each year by 2050 to increase forest cover from 13% to 17%, and planting trees on agricultural land.

Feed-in tariffs and the creation of a UK forestry trading scheme could be used to fund such measures, the CCC suggested, noting that carbon credits from these projects should not be used as offsets to help other sectors of the economy reduce emissions.

Other measures proposed include the roll-out of low-carbon farming practices such as controlling fertilisers release, changing cattle feed and improving livestock health.

The report highlighted the need to balance tensions between using land for reducing emissions and growing food.

“Delivering emissions reduction should not be at the expense of increasing food imports that risk ‘carbon leakage’,” the report warned.

British beef and lamb are some of the least emissions-intensive in the world, CCC chief executive Chris Stark told reporters, warning against meat imports with higher emissions footprints.

“It’s time to end this adversarial discussions between climate and farmers,” he said.

Government policies, including potential regulatory and pricing measures, will be also necessary to encourage consumers to shift diets and behaviours, the report said.

The CCC previously set out a series of measures which it said could reduce emissions in the UK by up to 96% by 2050.

Tackling the remaining 4-5% would require “some use of options that currently appear more speculative,” it admitted. This could include greater shifts in diet and land use, more limited aviation demand growth and a larger contribution from technologies to remove CO2 from the atmosphere – technologies which have so far not been proven at scale.