A new global carbon market could unleash finance for projects around the world. But protections for local communities were weakened in draft rules at Cop25 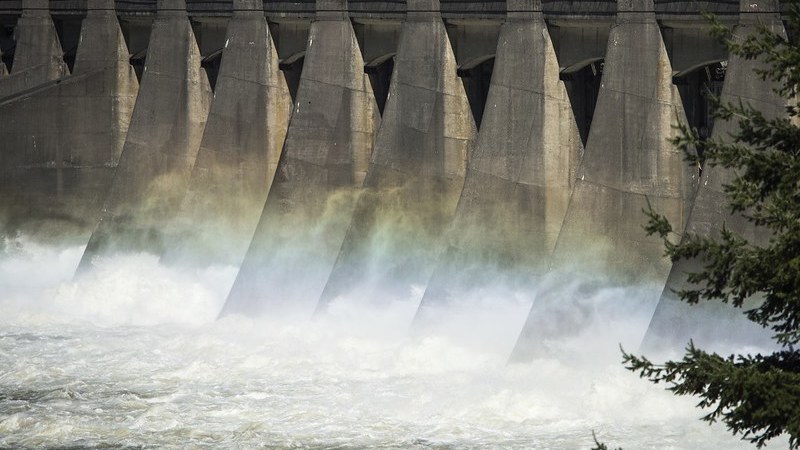 Hydroelectric dams have produced carbon credits while, in some cases, harming local communities (Photo: US DoE)

Rules proposed to protect communities from carbon-cutting projects have been eroded at UN climate talks, raising fears human rights abuses under the previous system will be repeated.

From 2020, projects such as hydropower dams and sustainable forestry and agriculture will be able to sell credits for carbon emissions reductions on a new global market.

Indigenous and local community groups say the rules, which are being negotiated at the Cop25 meeting in Madrid this week, must include safeguards that ensure projects do not harm the people who live nearby.

But new draft rules released on Saturday removed the requirement for parties to “respect, promote and consider their respective obligations on human rights”, replacing this language with a much weaker placeholder text. They also failed to include further processes that are considered norms in international development finance.

“This further dilutes the potential rules and could jeopardise the integrity of the Paris Agreement,” says Erika Lennon, senior attorney at the Center for International Environmental Law (CIEL), who has closely followed the safeguards issue for years.

Both the CDM and SDM are market mechanisms which allow countries or companies to “reduce” their own emissions by buying offsets from projects built elsewhere.

One such project is the Alto Maipo hydropower scheme currently under construction near Santiago, Chile. This “run of the river” megaproject works by diverting river water through 70km of tunnels. It is funded by several multilateral banks but also registered to sell carbon credits via the CDM, and touted by the Chilean government – which is presiding over the Cop25 talks – as a source of clean energy.

The scheme has already led to numerous human rights violations, impacting the local water, land used for grazing and local environment, according to CIEL. It is also exacerbating the impacts of climate change in the region by disturbing the surrounding glaciers and accelerating desertification, it says.

It has also created social tensions within local communities, said NGO Carbon Market Watch, by benefiting some parts of the local population but not others, and has destroyed local industries such as livestock, beekeeping and tourism.

These groups say the project’s impacts were not properly evaluated ahead of time.

Since construction began over a decade ago, the project has been met with popular opposition. Chilean environmental groups have filed complaints at both the World Bank Group and the Inter-American Development Bank over what they say was a faulty environmental impact assessment and a failure to adequately consult with the community.

“There was no consultation,” said Marcela Mella of community group Chileans Coordinadora Ciudadana No Alto Maipo (CCNAM), one of the groups who filed the complaints. “There was a process of citizen participation, but this isn’t binding… The company did not have an obligation to respond to these observations.”

Mella travelled to Madrid to highlight the problems experienced with the Alto Maipo project. She was joined by Juan Pablo Orrego, president of Ecosistemas, a Chilean NGO also fighting against the hydro project.

“It’s really shady that it is designated as a Clean Development Mechanism project,” said Orrego. “It’s a huge project, very invasive, that is degrading the three principal tributaries of the Rio Maipo that distributes water to all the metropolitan area of Chile. If you had applied the precautionary principle, this project would not have been authorised.”

Many other controversial hydro projects around the world have been part of the CDM, including the Barro Blanco dam in Panama and the Bujagali dam in Uganda. An afforestation project in Kachung forest in Uganda remains a CDM certified project despite reports of villagers being deprived of vital resources and experiencing threats and violence.

This is why NGOs, indigenous groups and many countries are pushing for more robust rules for projects registered under the new system.

“We’ve seen that the CDM has had negative impacts on communities, we’ve seen it has infringed on human rights, we’ve seen it has damaged the environment,” says Gilles Dufrasne from Carbon Market Watch. “So we need to take stock of that experience and situation, learn from it and set up systems where this is not going to happen again.”

Firstly, projects can not just be about reducing emissions – they also need to respect human rights and protect indigenous peoples, women and other marginalised groups, says CIEL.

Second, meaningful consultations with communities should be part of the process for certifying any new project. Third, an independent grievance mechanism should be established.

“Even if you put in environmental and social safeguards that are supposed to be followed, and even if you consult with communities, harms can occur,” says Lennon. “There needs to be somewhere for communities to go that’s not just an advisory body.”

None of these elements are groundbreaking. The Green Climate Fund (GCF), for example, already incorporates all three in its approval process for projects.

“We think that to leave implementation of Article 6 to each country would be a step back to the advance of climate action,” says Levi Sucre, a member of the bri bri indigenous people of Costa Rica and executive coordinator of the Mesoamerican Alliance of People and Forests.

Indigenous groups are pushing for a fourth element to be included in Article 6: dialogues at the national level which include indigenous people.

The latest Article 6 text does include some language on safeguards, including local stakeholder consultations, the right to appeal and a (non-independent) grievance process. But Lennon says these measures remain far too weak – and even these may not remain in the final rules, expected at the end of this week.

“A lot is up in the air about what are red lines and what are parties strong on now but will ultimately be willing to relinquish a bid on,” she says.

Not all countries agree these safeguards are needed.

Countries such as India and Saudi Arabia, representing the like-minded developing countries and Arab negotiating blocs at the UN, argue human rights are a national issue. It shouldn’t be up to the UN to decide how projects run in their own countries, they say,

Many other countries are pushing for references to robust safeguards to appear in the final Article 6 text, which was scheduled to be agreed in Madrid but may be pushed to 2020, These include Tuvalu (on behalf of other least-developed countries), Costa Rica (on behalf of Latin American and Carribean countries), Switzerland and Mexico.

But the most powerful players have tended to keep quiet about safeguards in negotiations, indicating it is not a priority for them. China and the US have said little on safeguards at the talks.

The EU has been supportive of safeguards in the past, but is remaining quiet in the current negotiations. The European Commission did not respond to a request for comment.

“What we see is that it is still very difficult to actually get these safeguards,” says Dufrasne. “It’s still kind of a taboo topic to be discussed.”

Despite a slow first week of negotiations, there is a strong push in Madrid to reach agreement on Article 6. But Lennon warns against doing this at the expense of locking in weak safeguards that will last for decades to come.