European Union climate investment lags behind US and China

The European Investment Bank warns the EU needs to make “a tremendous effort” to develop a comprehensive climate strategy, putting investment at its core 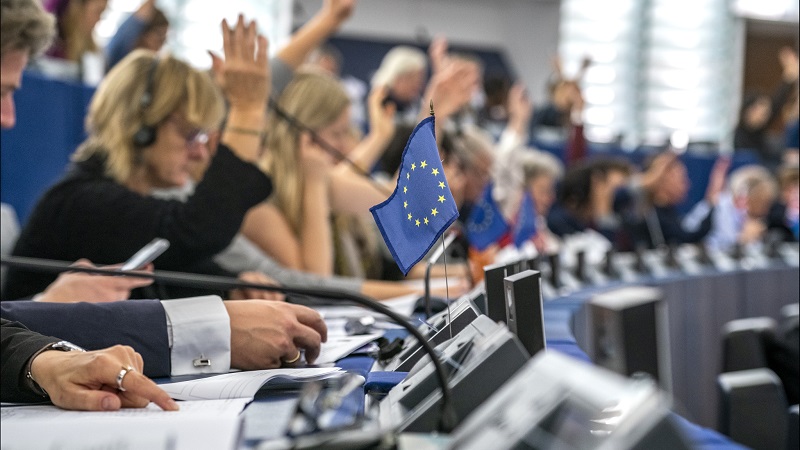 By Jorge Valero for Euractiv

The European Union continues to lag behind China and the US in green investment, the European Investment Bank (EIB) warned on Tuesday.

The lender said that financing should increase by one third to achieve a net-zero emissions economy by 2050.

European Commission president-elect Ursula von der Leyen has promised a European Green Deal in her first 100 days in office, while a large majority of member states are already in favour of slashing their greenhouse gas emissions to a net-zero level by 2050.

But Europe has a lot of progress to make if it wants to walk the talk. “A tremendous effort is required” to respond to climate change adequately, the EIB said in its 2019-2020 investment report.

In its stocktake, the EU lender warns that Europe is falling behind other actors. “After a lost decade of weak investment, we need to tackle the slowdown now if we are to respond to the historic challenges we are facing,” said vice-president Andrew McDowell.

In order to ensure that the EU helps keep average global temperature increase below 2C, or even 1.5%, the bloc “needs to agree and enact a comprehensive climate change strategy, with accelerated investment at its core”, the bank said.

According to the report, the EU invested around 1.2% of its GDP ($174 billion) in measures to address climate change last year – compared with 1.3% by the US and far behind the 3.3% of China.

In addition, investment has decreased over the past two years, despite the better-than-expected growth registered in 2017. Most of the climate-related investment in Europe is dedicated to energy efficiency, followed by renewables and transport.

The report noted the need to progress in the transport sector, which remains largely fossil-fuel based and where emissions are still growing.

It is expected to become the largest source of greenhouse emissions beyond 2030, while Europe is not investing enough in lower-carbon transport, especially rail, compared with the US or China.

To develop a net-zero emission economy by mid-century, the EIB warned that the bloc has to increase investment in its energy system and related infrastructure from the current level of around 2% of GDP (around $330 billion) to more than 3% (surpassing $495 billion).

The bank added that this would require more private investment, especially to transform the transport sector.

Given the massive amount of investment needed, the weak growth expected for the next few years and very low-interest rates, the report recommended governments with healthy economies to front load investment “as much as possible” by increasing borrowing.

Countries more constrained financially should prioritise growth-enhancing expenditure and attract the private sector, for example by investing in smart infrastructure, the bank said.

The EIB’s call for a green investment boost comes amidst growing pessimism in the private sector regarding a dampened economic outlook. The number of EU firms planning to reduce investment has risen for the first time in four years, among the 12,500 companies surveyed for the report.

Investment has now recovered since the last recession and is up to nearly 21.5% of the EU’s GDP, 0.5% above the long-term average.

The bank is wary of the impact that the energy transition will have on cohesion and social inclusion. As such, it recommended paying special attention to regions in eastern Europe affected by the decline of carbon-intensive industries by supporting their workers and increasing housing energy efficiency for low-income families.