Scandal-hit Justin Trudeau has put climate action at the centre of his re-election pitch. What are his Liberals, and their opponents, promising? 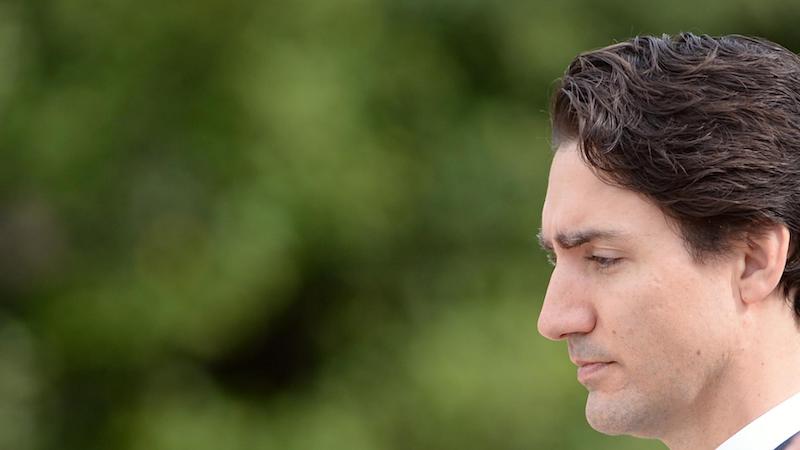 Prime minister Justin Trudeau has staked the leadership of Canada on his environmental ambition (Photo: US DoD)

Canadians will vote on Monday in an election observers say will define the country’s climate future.

Climate policy has played a bigger role than ever before in the lead up to a federal election. Against an backdrop of mass demonstrations for climate action, all major parties have been keen to reaffirm their commitment to the Paris Agreement.

Hit by a racism scandal in which he was exposed for wearing blackface on at least three occasions, prime minister Justin Trudeau has pivoted to environmental issues.

The question in front of voters is how and how fast should their government decarbonise the country’s economy?

Canada has committed to cut greenhouse gas emissions by 30% below 2005 levels by 2030 but it is not on track to meet its goal.

At the heart of the debate is Canada’s carbon tax. Introduced in 2016 by Trudeau’s Liberal government.

During his campaign for re-election, Trudeau has been pressured by the main opposition Conservatives to scrap the tax and accused on the left of failing to have put the country on course to meet its 2030 target. Trudeau has bet his survival on navigating between them.

When is the election?

Trudeau has ramped up his climate ambition for the election, committing to achieve net zero emissions by 2050 and establishing legally-binding five-year targets. To achieve the goal, Trudeau is committed to keep a price on carbon and hopes to exceed the 2030 target but stopped short of increasing it.

Other measures include planting two billion trees over the next 10 years, interest-free loans to help owners retrofit their homes and improve energy efficiency, expanding incentives for zero-emissions vehicles and halving taxes for businesses developing clean technologies.

Trudeau has been accused of “dissonance” over his climate record for giving the green light to the expansion of the Trans Mountain pipeline a day after declaring a climate emergency in Canada.

Scheer has accused the carbon tax of hitting families and small businesses hardest while letting big polluters off the hook. Instead, the Conservative candidate said he would “fight climate change with technology, not taxes”, financed with green bonds.

The Conservatives have promised to repeal the carbon tax and the clean fuel standard. The existing mechanism by which heavy emitters pay a carbon price for output emissions above their allowance would also be scrapped. Instead, industrial facilities emitting above the allowance will have to fund research and development in green technology.

Scheer also plans to export Canadian technology and liquefied natural gas (LNG) to countries such as China to help them transition away from coal. Analysis has found the Conservatives plan would see emissions rising until 2030, reversing the current trend.

The left-wing NDP promised to align their policies with limiting global temperatures to 1.5C. by achieving net zero emissions by 2050.

An NDP government would establish a climate accountability office to audit progress towards the country’s climate goals, ban all-single use plastics by 2022, end oil and gas subsidies, make all Canada’s electricity carbon-free by 2030 and move towards electric and free public transport.

The Green Party’s manifesto puts climate action at the heart of its vision for society. It promised to cut emissions by 60% by 2030 with interim five-year target, achieve carbon neutrality by 2050, ban all extraction of new hydrocarbon while phasing out existing operations and achieve 100% renewable electricity by 2030. Both the NDP and the Greens would maintain a carbon pricing mechanism and oppose the expansion of the Trans Mountain pipeline.

The French-language separatist party has a climate plan aligned with Quebec’s provincial plan. It backs policies in line with the tougher 1.5C goal of the Paris Agreement, including an end to fossil fuel subsidies, a reform of fiscal policy in favour of green finance and a carbon tax.

The newly-created far-right party denies the scientific consensus on climate change and pledged to boost Canada’s oil and gas industries.

What do the polls say?

The Conservatives and the Liberals are neck-and-neck with less than a point between them, according to some estimates.

The NDP are trailing with around 17% and the Greens hover under the 10% mark.

With less than 33% of national support, neither the Conservatives nor the Liberals are likely to form a majority government. Instead, one of the two major parties could form a minority government, relying on cross-party support and agreements to pass legislation.

What does that mean for climate action in Canada?

A majority Conservative government would see “the dismantling of key sections of Canada’s climate plan,” including the carbon pricing system, said Isabelle Turcotte, director of policy at the clean energy think thank Pembina Institute. But without a majority, a Conservative government would likely have to “soften” its stance to broker deals with other parties, Abreu said.

“It’s great that we have been able to talk about climate change in this election but there has been a poor quality of debate. We are not seeing the level of debate that will allow us to see pathways for what a[n energy] transition looks like,” Turcotte added.

“Climate policy is popular enough that every party is on board with it but specific policy measures are very unpopular. It’s still the case that people [in Canada] have an aversion to very expensive climate policies,” he said.